Wondering why Facebook looks different? Facebook.com has rolled out a new look. They’re calling it New Facebook. But not everyone’s a fan. Here’s how to switch back to the old Facebook layout. 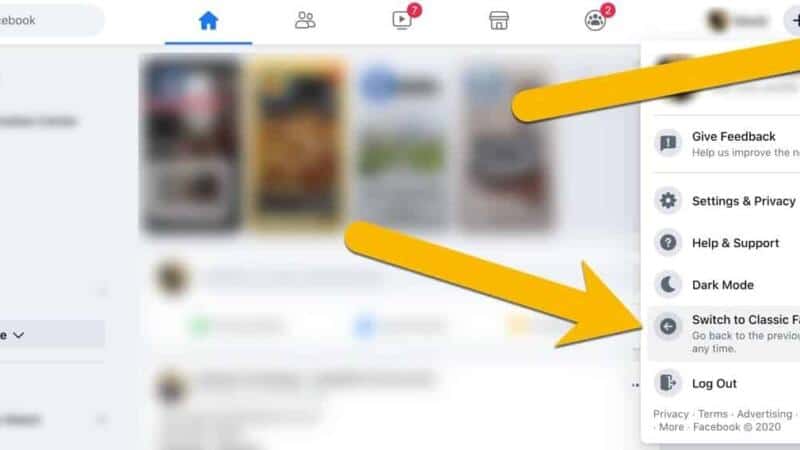 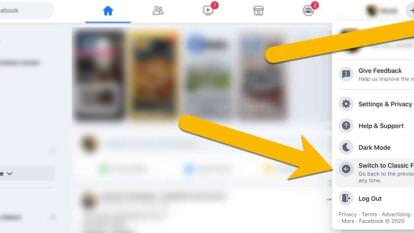 UPDATE: Since I originally posted this, most Facebook users have been switched over to the new layout, and the option to switch back that I describe below has been removed. I’m not aware of any official way to go back to the old Facebook layout (which is now called Classic Facebook).

But there’s at least one unofficial alternative to switch back to the old Facebook layout. A method that many users have reported success with is to install a browser plugin that tricks Facebook into thinking you’re using an old, outdated version of Internet Explorer that Facebook doesn’t support (aka, spoofing the user agent).

There are plugins for your web browser that can do this, and I’ve listed some of the ones that users have reported success with below. They’re free, and there are versions for multiple different browsers.

There are some things worth noting with these, however:

With that said, if you want to give them a try, you can find the plugins here:

Below is the original post, although the setting it describes is no longer available for many users, including me.

If it hasn’t, you’ll likely see a warning message that Classic Facebook is going away soon when you log in: 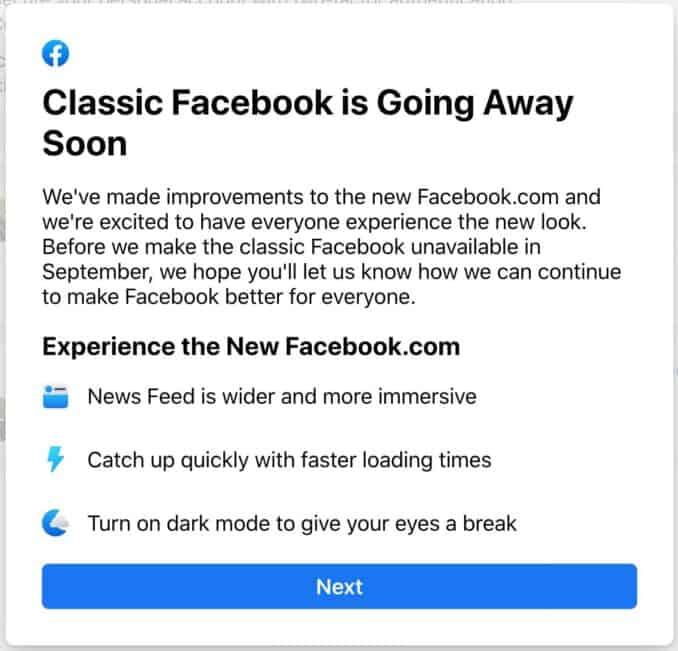 Elsewhere, there’s a message that “the classic Facebook will no longer be available starting in September.” As of September 15, it’s still available on my account, although the option has been changed to a temporary switch for 48 hours.

To be clear, the guide below was written some time ago and applies only when Facebook hasn’t disabled the switch on your account. Once you’ve been switched over totally to New Facebook, I’m not aware of any way to switch back.

If you’re wondering why Facebook looks different, it’s because Facebook has been rolling out a new, updated look. The rollout has been a long, drawn-out process. It was started in mid-2020 and done in stages. And Mark Zuckerberg had announced the update a year earlier.

The purpose of the new look is to bring it closer in line with the mobile version. But it’s not everyone’s cup of tea–often for very good reasons.

As with most Facebook updates, it’s being rolled out gradually. And Facebook knows as well as anyone that change can be controversial. Many users don’t like the new version, and there seem to be some significant features missing so far (hopefully, they’ll be added back sooner rather than later). To ease the transition and provide a workaround if you run into any glitches or missing features, Facebook added a function to let you switch between New Facebook and Classic Facebook.

First, click on the small white down triangle at the top right of the blue bar at the top. 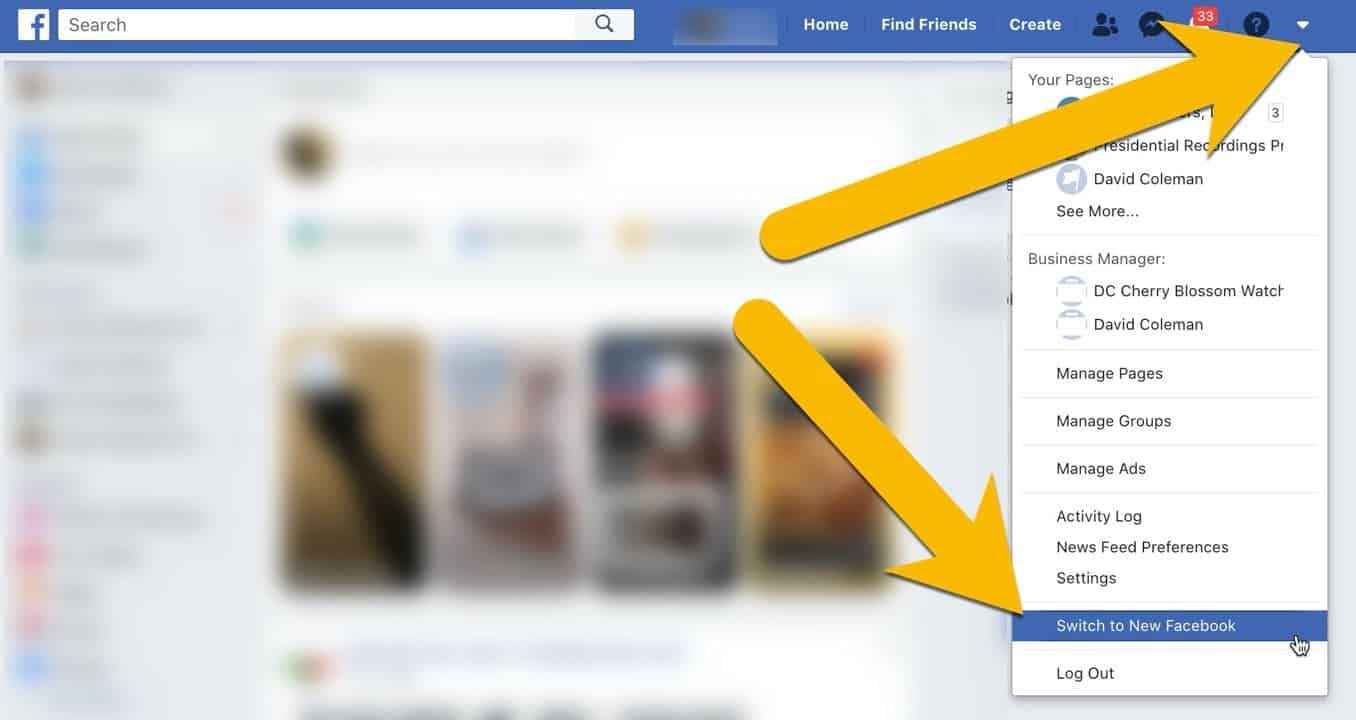 As it usually does, Facebook is rolling out the switchover to New Facebook incrementally to some users at a time. It’s not clear what criteria is used to determine who gets switched over when.

Many users have been reporting that they’ve been switched over automatically and the option to switch back to Classic Facebook no longer appears for them. As of the time of writing, the option is still available on my account.

Click on the small dark blue triangle at the top right (it’s surrounded by a light blue circle).

It’s worth pointing out that switching these affects how you see Facebook.com. It doesn’t affect how others see it. So you can’t force visitors to see only the New Facebook version, for instance—it’ll depend on what setting they’re using for their viewing.

It’s also worth pointing out that this is a temporary feature. At some point, they’ll flick the switch for everyone, and there won’t be an option to go back to Classic Facebook.