Review of the Gitzo Traveler GT1542T. It’s small, light, and stable, a winning combination for DSLR and mirrorless cameras with small to medium lenses. 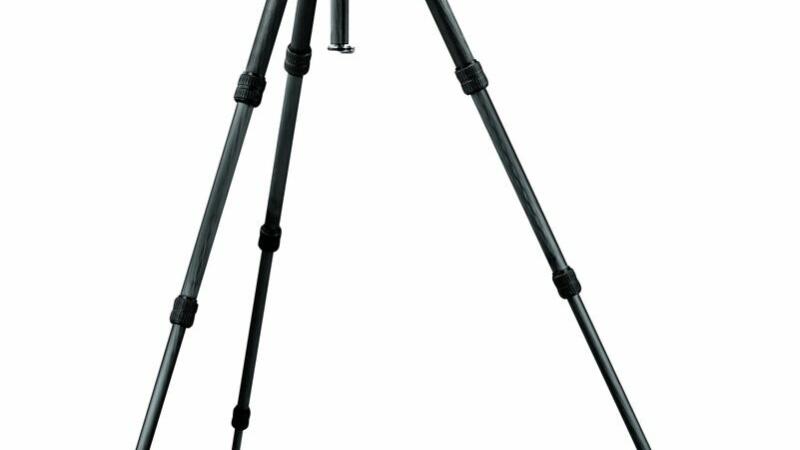 The Gitzo GT1542T gets my vote for the best tripod for travel with a DSLR. The older version, the Gitzo GT1541T quickly became my go-to tripod. It’s light, stable, and astonishingly compact. It cost more than I was originally planning to spend, but it has most definitely been worth it.

The newer version is ever-so-slightly tweaked. The differences between them are minor–the newer model has slightly strengthened stress points, G-locks on all four sections rather than just three, and it extends to provide an extra three inches of maximum height.

Both have going for them the winning trifecta of a travel tripod: they’re small, light, and stable. While there are cheaper tripods available, I’ve not found one that is as good overall as this one.

The best travel tripod is the one that you don’t leave at home because it’s too much of a pain to take with you.

The Gitzo GT1542T is much less hassle to lug around, and because of that, I end up taking it with me far more often. It used to be that tripods that were small and light were inevitably flimsy. That’s still the case for the bottom end of the market, but from the middle of the market on up, new materials like metal alloys and carbon fiber have made great strides to creating a winning combination of small, light, and sturdy.

That’s not to say that a 2-pound carbon fiber tripod is going to be anything like a 16-pound monster, especially in a stiff breeze, but they’re pretty darn good. I use it very comfortably with full-size DSLRs like the Nikon D800 with solid, weighty lenses like the Nikon 70-200mm f2.8, although I don’t use with something like the 17-pound Nikon 200-400mm f4 lens; there’s no way to get around using a heftier tripod for something like that.

Since this review was originally posted, Gitzo has released some newer models with some relatively minor tweaks. The latest is the GT1545T and has a slightly higher maximum load capacity and is a shade lighter. You can find it at B&H Photo.

Traveling With the Gitzo GT1542T

One of the things I love about the GT1542T is just how remarkably compact it is when folded up. It fits comfortably in my carry-on Think Thank Airport International even in a tripod case. Travel enough with checked luggage and you’re going to have times your luggage is delayed or even lost. After putting my tripod in checked baggage and having it delayed a few too many times, I decided I needed something that I could carry on with me so that I could be sure to have it available the first night or two I arrived at a destination.

And when I’m really traveling light, I’ve found that it’ll comfortably strap to the side of my backpack without making the backpack too bulky for crowded trains or sidewalks.

Walking around with it is easy, especially if you attach a strap for the bare-bones approach or put it in a small tripod case. There are several small tripod bags that will fit it comfortably, like the Promaster SystemPro TB-1, which has a handy little pocket on the side that just happens to be the perfect size for a Nodal Ninja panoramic tripod head. There’s also a dedicated Gitzo case.

The construction is of carbon fiber, which helps keep the weight down while maximizing strength (and also explains why it’s not the cheapest on the market). One of the great innovations of it is that it folds in over itself, which keeps the overall length to a bare minimum, and if you get the right ballhead for it, it’ll fold up nicely.

The legs extend quickly and lock very solidly–the rotating locks are easy and I’ve never had one slip. Like most tripods, it’s not impervious to water or sand, but it doesn’t require any more care than you would normally take. (If you really need something more rugged, take a look at the Gitzo Ocean Traveler, which is specifically designed to fend off the elements.)

You’ll want a great tripod head to go along with those legs–something compact and sturdy. The GT1542T is more flexible than the GT1541T when it comes to choosing a tripod head. The central column of the GT1542T is a couple of inches longer than the older model, so that it extends beyond the legs. Because the central column was shorter on the GT1541T’s, it meant that only slim profile heads would allow you to take advantage of the innovative way the GT1541T folds up so compactly. But the GT1542T’s central column is longer, extending beyond the legs. So a wider profile head won’t stop the legs from folding up. I use mainly the Markins Q-Ball Q3 Traveler on mine (don’t forget the camera plate!), an especially compact yet strong ballhead. The combination works beautifully.

The extra length in the central column helps increase the range of heads that it’ll work with, but it also makes the whole package just a little longer if you keep the head on.

Here are a couple of photos to illustrate the difference. Both are with the same Markins Q-Ball Q3 Traveler head.

The GT1542T is now discontinued. There’s now a newer model, the newer model: the GT1545T. You can find them at B&H Photo. 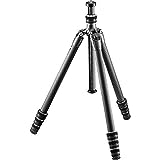 More recently, I have a new favorite that’s worth a look: the Really Right Stuff TFC-14 Series 1 Carbon Fiber Tripod.