The FireCel battery is a pocket-sized external 2500mAh battery for charging devices on the go. It also includes a red light flashlight and a hand warmer function. 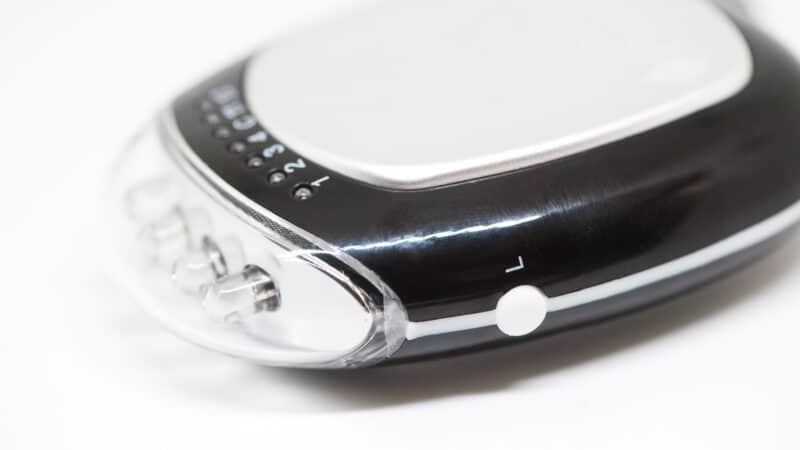 There always seems to be something that needs charging. Whether it’s a phone or a camera. And batteries seem to run out at the least convenient times. It’s hard enough to keep everything charged at home. It’s even harder when traveling.

So I like to take a small USB battery pack with me when I travel. I find the usual ones too big and heavy to be carrying around all day. I prefer small ones that will easily fit in a pocket and have enough power to keep my cameras and devices ready for action while I’m out and about. I get to try out a lot of different USB batteries, and I’ve put together a list of my current favorite powerbanks.

Recently I’ve also been trying out another one that has some slightly different features: The FireCel by Celestron.

On the most basic level, it’s a standard lithium-polymer battery pack that’s rated for 2500 mAh. To put that in perspective and to give an idea of how much you can charge with that, the iPhone 7 reportedly has a 1,960 mAh battery, the Samsung Galaxy S7 a 3,000mAh, and a GoPro HERO5 Black has a 1220mAh battery. There’s always a bit of give or take when it comes to real-world performance with these battery capacity ratings, but in general terms you should be able to expect a 2500 mAh external battery pack like this to fully charge an iPhone 7, charge a GoPro HERO5 Black about twice, and not fully charge a Samsung Galaxy S7. 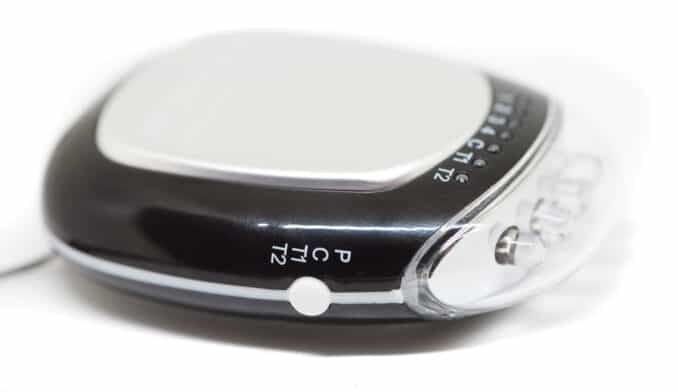 It charges via a USB power input (5V 900mA) using a micro-USB cable. The cable is included, but an AC adapter isn’t, so you’ll need to get hold of one separately (chances are you already have one on hand that came with your other devices). 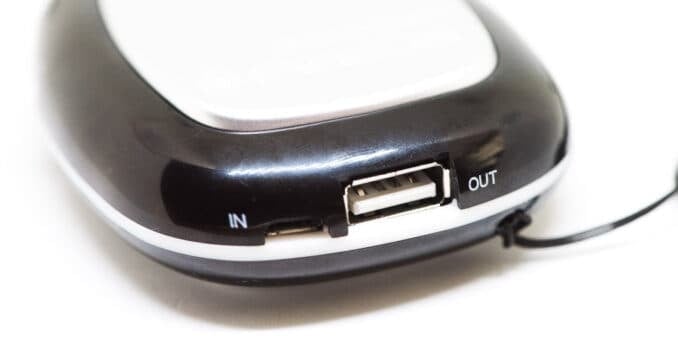 It’s small and light, easily fits in a pocket, and it has smooth edges, which makes a difference if you’re carrying it around in a pocket or bag.

It has two things that make it different. One I like–the other I’m less convinced about.

The first is the light on the front. In place of the single white LED bulb that many external battery packs have, this one as a row of four bulbs that emit red light. (There’s also a different model, the Plus, that also lets you use white light.)

Whether red light really does help preserve night vision is one of those often-debated questions that goes way beyond my knowledge of physiology. But from a purely anecdotal perspective, I find that I prefer using red light in dark environments, whether I’m trying to find my away around a campsite at night or rummaging around in my camera bag during a night-time shoot. So I like the red light on this one. It’s bright enough without going overboard and quite focused. One press makes it a constant light, another press makes it flash.

The second unusual feature about this battery is its party trick: those metal plates on each side are heating pads. So it’s a hand warmer. There are two settings: warm (approx. 110° F) and warmer (approx. 130°). The warmers will run for 2 to 3 hours when it’s fully charged. The idea being that you can keep this in your pocket as a hand warmer in very cold conditions.

But I have two problems with this. Well, actually, three. The first is that I’m leery of using a lithium battery to deliberately generate heat. Lithium batteries are something to be treat carefully at the best of times–some of them have a nasty habit of catching on fire all on their own. There’s a reason airlines have very strict rules about where you can and can’t pack lithium batteries. To be perfectly clear, I’ve not had any such issues with this battery or heard of other users having such issues with this battery. Nevertheless, I still need some convincing that using any lithium battery to deliberately generate heat is a good idea. That said, it seems to be a Celestron specialty–they have several different models that include a hand warmer function, many of which have very good user ratings.

My third quibble has to do with the design. The battery is operated with two batteries, one on each side. One controls the flashlight function. The other turns the output charging on and off and toggles the hand warmer function. Neither of the buttons are recessed—they stick out ever so slightly and are easy to press — so it’s very easy to accidentally bump them in a camera bag or pocket. If that simply meant the risk of draining the battery accidentally it would be bad enough. But I especially don’t like the idea of combining that with the risk of accidentally turning it into a heat source.

Overall, then, I like its size and how easily it fits in a pocket or camera bag. And I like the red flashlight. But I’m not much of a fan of the hand warmer feature. Nevertheless, they have very high customer reviews and many users are evidently very happy with them. For me, though, it’s not going to take the place of either of my other two favorite ultra-portable battery packs (both of which also happen to pack significantly more power storage.

Aside from the battery itself, there’s a micro-USB cable, a lightweight wrist strap, and a soft cloth pouch.

I got mine at B&H Photo. There’s also a new model, the Celestron Elements FireCel that adds white light as well.