There are a lot of videos on places like Youtube and Vimeo showing how to use off-camera flash, but some are definitely better than others. Gavin Hoey’s Fearless Flash Photography with Speedlights series is one of the best I’ve come across. 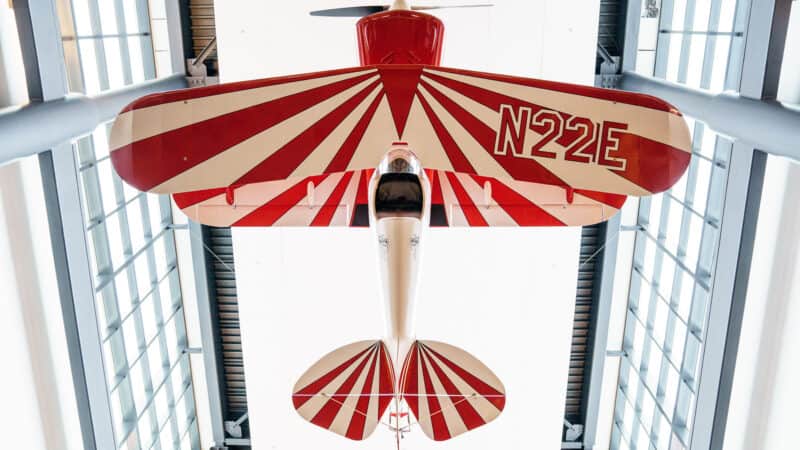 Adding off-camera flash into the mix can be intimidating. It introduces a whole bunch of new variables, and controlled those or working around them isn’t always naturally intuitive. But the fundamentals don’t have to be overly complicated, and once you’ve got those down you’ll be much more confident in using off-camera flash.

There are a lot of videos on places like Youtube and Vimeo showing how to use off-camera flash, but some are definitely better than others. Gavin Hoey’s Fearless Flash Photography series is one of the best I’ve come across. It’s not a free series, but it’s also better than most.

I’ve reviewed quite a few books on photography before, but these are the first videos I’ve reviewed here. But I thought it was worth a review, because I think it would be of interest to quite a few readers. The Fearless Flash Photography collection isn’t the usual assortment of short how-to video clips on an assortment of related topics, which is more the kind of thing you can find subscribing to a Youtube channel. Instead, this series is a tightly edited and logically organized course. It’s similar in some ways to a book, but the media just happens to be video rather than paper and text.

There are some things videos are good at showing, and flash photography is one of those. You can see the changes and effects in real-time. Dial the flash power up, and you can instantly see the difference with the on-screen capture. In short, this is a topic that’s well-suited to video explanations.

Gavin Hoey has a natural knack for being able to explain things well. I first camera across him through his videos for Adorama TV which are posted through Youtube.

He’s concise–there’s no unnecessary waffling about irrelevant things, and the information is tightly focused. He speaks very clearly and is very good when showing things, even things as simple as moving a light stand a few inches. He doesn’t get hung up with jargon or gear. And, most importantly, he sounds like he’s genuinely having fun and is a nice guy to work with.

One of the things I particularly like and that I think is a very effective approach for helping people learn is that the setup he uses throughout is very simple and consistent. I don’t just mean the gear and set–although that’s very true there too. But also in terms of not trying to get fancy with settings. Every shot taken throughout this series is with some standard settings: camera and flash modes (manual), ISO (200), shutter speed (1/160), aperture (ƒ/8), and white balance (flash). Those settings will work consistently on just about any modern DSLR or even mirrorless camera as well as modern flashes ranging from inexpensive brands like Yongnuo to the high-end speedlights from Canon and Nikon.

By sticking to those consistent settings and adjusting only the lighting power and position, it gives a very effective way to see exactly what the flash is doing. And once you’ve got those fundamentals down, you can start messing with other elements.

If you set your camera up correctly, your whole work with flash becomes incredibly simple and straightforward.

The production values of the series are good without being slick. Sometimes he’s talking to the wrong camera, and sometimes the sound can fluctuate. But overall, the production values are easily high enough for everything to be clear without any real distractions.

Much of the action consists of static wide shots of the working environment, with him, the lights, and the model. Basically as though you were standing with him in the studio. All of the setups are him, a single model (both male and female are used), and an off-camera speed light or two. There’s no distraction from assistants or groups of models.

At the conclusion of each setup or example, the actual images that come out of the camera are shown on the screen so you can see exactly what the results are through the lens.

In total, there’s nearly 2 hours of video, but it’s broken up into bite-sized pieces that naturally flow one into the other. The pieces range from a couple of minutes up through a maximum of about 10 minutes. So it’s very easy to watch bit here and there rather than committing a big chunk of time–I watched most of it through the Vimeo app on my phone while at the gym.

What This is Not

This particular series, however, is not ideal for every kind of shooter looking to start working with off-camera speed lights. Most immediately, wedding and event shooters who are looking to complement their available-light shooting are likely to be disappointed. While the fundamentals of using off-camera speed lights are shared, the big thing that’s missing that mobile photographers will probably be looking for is information on using TTL. This series doesn’t touch TTL at all.

And while he has other how-to videos for Adorama TV on things like on-location portraits and using high-speed synch, this particular series doesn’t cover either of those topics.

Another thing this series does not do is recommend specific gear. Some of Mr. Hoey’s most popular work elsewhere online involves setting up and using a home studio, but the tone of this particular series is squarely gear-agnostic. The minimum setup is an off-camera manual flash (preferably with radio remote, but optical slave mode will also work for much of it), and some basic light modifiers such as a soft box and umbrella. The latter videos show the use of two flashes to add more control and variation.

How to Get It and Watch It

The series is available on Vimeo.

You can watch it on the Vimeo website or through the Vimeo mobile app.

I don’t have any affiliation with Mr. Hoey–I’m simply an admirer of his work. And if you’re looking to get started with using speed lights to light your portraits, his Fearless Flash Photography — With Speedlights video series is well worth a look. It’s as good an introduction to using off-camera flash to create high-quality portraits in a studio or still environment as I’ve seen.