How to Add a Polarized Lens Filter to a GoPro HERO3

Using a polarized lens filter on a GoPro HERO3 can reduce glare and saturate colors. They work especially well above water, with snow, or with bright sunshine. 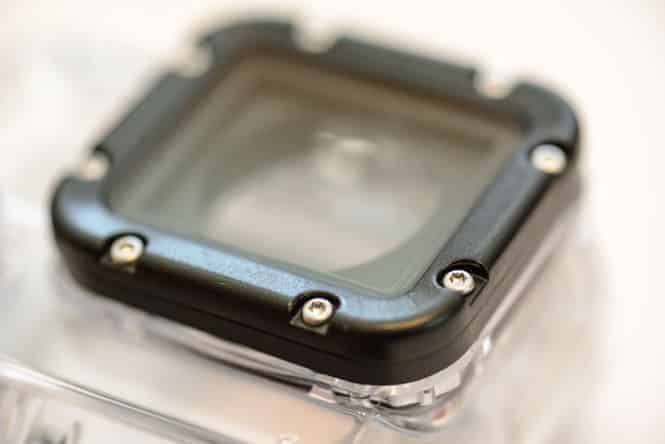 Since I originally posted this guide, these types of filters have become harder to find in stores. So I’ve removed the old links to places you could buy them, and you might have to do some hunting to locate some. Another option is to cut a larger piece of polarizing film to size.

The image quality coming out of GoPro cameras has improved markedly over time, but they’re still very much geared towards bright daylight. They’ve been clearly aimed at the action camera market, after all, and the cameras and sensors are optimized for the brightness and color balance of bright sunshine for activities like surfing or snowboarding or other types of extreme outdoor adventuring.

But sometimes you can have too much light. And when that’s the case, it can blow out highlights to an unattractive flat white and make colors look drab and washed out. It’s especially a problem in precisely the same kinds of places you might want to wear sunglasses–bright with glare, especially with reflected light off water or snow.

In those conditions, a polarizing filter can really come in handy. In the right conditions, they can reduce glare and bring out more vibrant colors. They work especially well in places that glare can be a problem, like on the water or snow or with sunny blue skies. You can see some practical examples of them in action here.

The method of attaching them that I’m discussing here doesn’t work with the newer housing shaped used with the HERO3+ Black, HERO4 Silver, and HERO4 Black. Those cameras have a different style of front lens on the case that doesn’t unscrew. I have a separate post on how to attach a polarizer filter or neutral density filter to a GoPro HERO3+ Black, HERO4 Silver, and HERO4 Black. There’s also a version of the kit discussed in that post that works as an alternative method for attaching filters to the HERO3.

There are two main types of polarizer filters. The first, and most common when it comes to photography, are circular polarizers. Those have two layers of coated glass. When you rotate the top layer to be at different angles to the underlying layer, you get the polarizing effect.

For the most part, polarizer filters for action cameras like GoPros aren’t circular polarizers–they’re single pieces of film, more like sunglasses. That makes them simpler and more foolproof to use, but it also means that they’re not as flexible or as effective as their more complex rotating cousins.

Here’s a before and after example of the effect of adding a polarizer lens filter to a GoPro HERO3. Neither of these images here has had any post-processing applied to alter colors, brightness, or contrast. 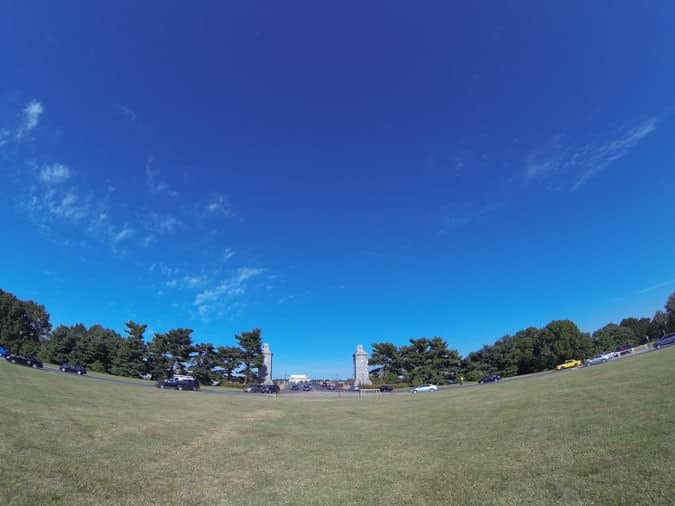 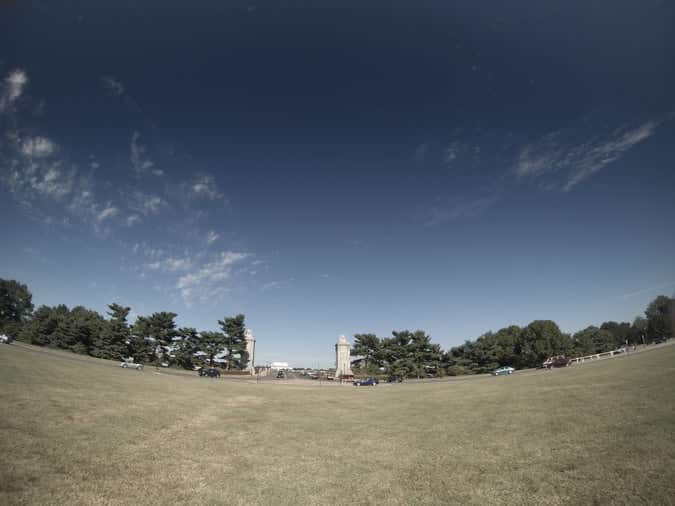 There are a couple of different approaches to installing a polarizer (or underwater red filter) on the GoPro HERO3. One is a filter that snaps on the outside of the housing. They’re convenient, but I’d recommend sticking to glass ones. I’ve found that the plastic ones scratch too easily. And when they’re scratched, they catch the light in some really ugly ways that can really interfere with the image quality. The upside is that these snap-on filters are extremely convenient to install and remove quickly on the go.

Another option is to use one that installs internally. These are the ones I prefer for the HERO3, and it’s the version I’m focusing on in the guide below. You can also get a red underwater filter that installs the same way.

They go inside the housing, sandwiched between the outside of the camera’s lens port and the inside of the housing’s lens port. The filter itself is really simple–just a small rectangle of polarizing film cut to size. They don’t move. They’re protected from scratches. When they’re installed properly, there’s really no way for them to get knocked out of place. They do an okay job optically, although I’d usually prefer to shoot through a high-quality piece of glass rather than a bit of plastic film.

The downside is that they’re less convenient in situations where you might want to put it in or out. To do that, you have to open up the housing and placing it carefully–something that’s not always easy if you’re out and about shooting at the beach or on the mountain or on a boat.

For this example, I’m going to use a polarizing filter, but it’s exactly the same process for the red filter for underwater use. For both, it’s something to prep in advance rather than trying to do it in the field. It’s fiddly, screws can easily go missing, and the filter can easily catch the wind as you’re putting it in. A dry, clean, still work area will make things much easier.

What You Need to Add a GoPro HERO3 Polarized Lens Filter

Lay the case flat on its back. It doesn’t make any difference if the camera is in the case or not. Undo the 8 screws around the case’s lens portal.

There are two different-sized screws. You can make things easier by laying them out as they come out. If they get mixed up, the short ones go at the top and the bottom, with the long ones on the sides.

Once you take all the screws out, the black plastic rim comes right off. The glass lens is just sitting there, and under that is the rectangular rubber o-ring. Take the glass filter off but leave the o-ring in place. Take only the top layer off. There’s another layer with just 4 screws. Leave that on.

If you remove the o-ring, it just slots back into the groove. There’s a ridge running around one side–keep that facing up towards you.

Take your polarizer filter film and place it gently on top of the o-ring. It doesn’t slot in, as such–it’ll be sandwiched in when you do the rest back up. Try not to get fingerprints on the filter (this is where tweezers come in handy).

Put It All Back Together

Lay the glass filter back on top. The edge is beveled–make sure the larger surface is facing down.

Lay the black edge back around the glass lens and put the screws back in. Do them firmly enough for the o-ring to create a reliable seal, but not so firmly that you thread the screws.

The upsides of this approach are that the filter isn’t going to get scratched and there’s no chance of it coming off. The downsides are that it’s a pain to take it out again, especially if you’re out shooting. So it’s not a perfect solution, but it works well.

How to Add a Polarized Lens Filter to a GoPro HERO3