Why Does My GoPro Blink Blue?

Confused by the blue flashing light on your GoPro? There’s a simple explanation, and it’s easy to fix. 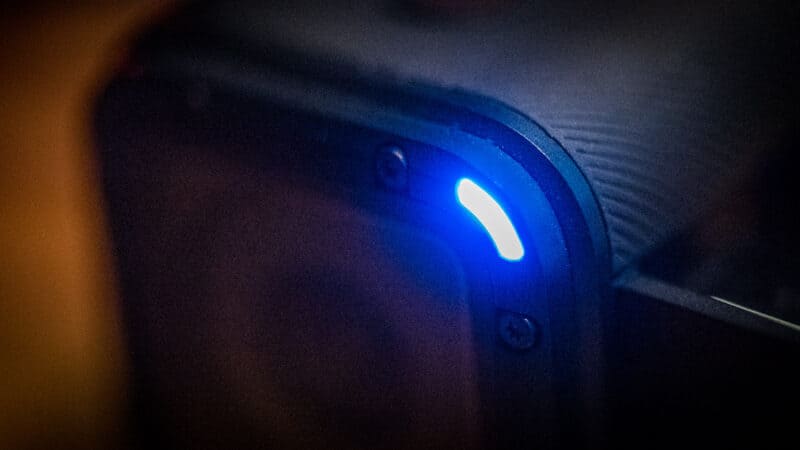 That blue blinking light on your GoPro is the wireless status indicator (wifi and Bluetooth). If it’s blinking blue intermittently, the wireless function is turned on.

The wireless function can be on even if the rest of the camera is turned off. It’s a little more confusing than it should because you only see it when the wireless is on and the camera isn’t recording.

What happens is that even when the main processor in the camera is powered down, you can leave the wifi connection polling intermittently so that you can wake it up with something like a GoPro Smart Remote.

There is a downside to leaving the wireless on though: it drains the battery. It’s a much slower drain than if the camera is fully powered up, but even the slower trickle will deplete the battery. So if you’re not using it, it’s a good idea to turn it off.

To turn off the wifi and blue flashing light:

It’s also possible to turn off the blue blinking light while still having the wireless on. That can be useful if you need something a little more stealthy.

It’s simpler to turn the wifi on and off with these models because they have a dedicated wifi button on the side.

2 thoughts on “Why Does My GoPro Blink Blue?”

Why Does My GoPro Blink Blue?