Here’s a rundown of the best free options for recovering GoPro videos and photos that you’ve accidentally deleted from your microSD card. 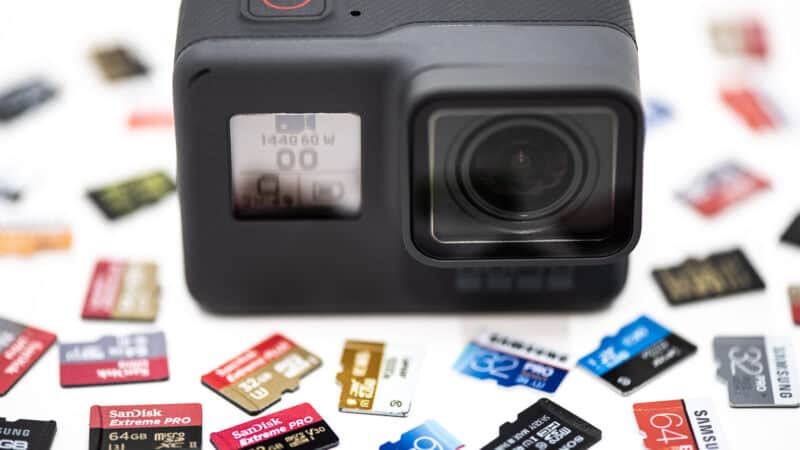 If you shoot with a digital camera like a GoPro, the odds are good that sooner or later you’ll run into a situation where you’ve accidentally deleted some photos or videos that you actually wanted to keep. It’s just one of those occupational hazards of digital photography.

The good news, though, is that it’s often not only possible to recover data, but also surprisingly straightforward to do. There’s a whole category of software designed specifically for the purpose. And while there’s no guarantee that you can recover the data you want in every situation, it is possible surprisingly often.

I’ve written before about how to recover deleted photos from an SD card. That covered in detail the various options available, including paid data recovery software and paid data recovery services. And I’ve put together a similar post focused specifically on recovering GoPro videos and photos.

Here I’m focusing more narrowly on free alternatives. And while I’m focusing here on GoPro video and photos on a microSD card, the same software works just as well on other types of digital memory cards.

In most cases, paid data recovery software provides the most user-friendly and comprehensive data recovery. There are some free options available, especially if you only need to recover a relatively small amount of data. But if you’re looking to recover GoPro video files, in particular, then the options become much more limited.

First, though, it’s worth checking whether you already have a backup version. If you subscribe to the GoPro subscription service (it used to be called GoPro PLUS), one of the main features is that you can backup your GoPro video and photos to the GoPro cloud service.

Some of the newer cameras can be set to automatically upload to the cloud service. But it doesn’t happen by default–you have to enable the option.

But if you have enabled the option, downloading a version from the cloud is going to be by far the simplest way to recover data–much simpler than using the software described below.

Only a couple of the options here are what I’d call completely free: PhotoRec and Windows File Recovery.

Both of these are powerful and useful, and importantly there are no limits on how much data you can recover with them. But the catch is that they’re also the least user-friendly options. They use command-line interfaces, not graphical interfaces, so you need to be comfortable working in terminal windows. And that’s not for everyone.

There are other options here that are much more user-friendly. And while they still qualify as “free,” that comes with limits. In most cases, that means that there’s a limited amount of data you can recover with them before you need to purchase a license. That might be 500MB or 2GB. That’s plenty if you only need to recover a relatively small number of photos, but it’s often not enough if you have to recover photos from a whole trip or video files–high-resolution GoPro video quickly goes well beyond 2GB. So these aren’t ideal solutions, but they still might be useful in some situations. And with these apps, you can buy a license that will lift that restriction.

There’s a third sub-category that I have not included here. That’s software where it’s free to scan the SD card to find what can be recovered but that doesn’t actually include any data recovery for free–for that, you’d need to buy a license. They’re sometimes listed as “free download,” but that’s just marketing departments playing word games. Those can still be good software apps, but I consider it a stretch to call those free. That’s why I’ve not included those here.

So, with that said, here’s a rundown of the best free software for recovering deleted photos and videos from SD cards (or hard drives or microSD cards, or many other types of digital media).

PhotoRec is thorough and powerful. There are no limits on how much data you can recover, and having used it many times over a number of years, it hasn’t failed me yet. To my mind, it’s the best free software to recover deleted photos from an SD card. But it comes with an important qualification.

That’s because it’s a command-line app that doesn’t have a graphical user interface. If you’re comfortable working with command-line tools, I highly recommend PhotoRec. And if you’re not and find command-line tools intimidating, I’ve put together a detailed guide to using PhotoRec that walks you through the basics.

One very useful aspect of PhotoRec is that it ignores the filesystem on the SD card. What that means in practice is that even if the SD card won’t mount on your operating system and won’t show up in Finder or Explorer, there’s still a good chance that you can scan it and recover from it.

The current version works on Windows 10 2004 and above.

There are many paid software alternatives for data recovery. While these work in fundamentally the same way under the hood, they also add much more user-friendly interfaces. They can also help you target specific file types and also provide preview images, features that help you speed up the recovery process because you can zero in on just the images or video you want to recover.

The catch with these is that they are free up to a point. And that point typically comes in the form of a limit on the amount of data you can recover for free. To recover more, you’ll need to pay for a license to unlock the full version of the software.

A good way to use these apps is to start with the free version to scan the card. That will tell you what the software is able to recover. If the photos or videos you want don’t show up in the scan, there’s no point forking out for a paid license. But if the scan does show the files you want, you can then decide whether to buy a license to actually recover the files.

It’s possible to recover up to 2GB of data with the free version. For more than that, you’ll need to buy a license. But the 2GB is higher than some of the other apps here, which is why I’ve included it first.

Disk Drill is a full-featured data recovery app that can recover photos and videos along with just about any other kind of file format. So it’s a handy app to have available in other situations, not just when you need to recover SD card photos.

It also has free mode. With that, you can recover up to 500MB of data.

Disk Drill is among the best overall data recovery apps, and the licensed version is one of my go-to data recovery apps. It’s powerful and has a number of very useful extra tools built-in, including features for data recovery from mobile devices. But that extra functionality also means that its interface is a little more cluttered and busy than EaseUS Data Recovery Wizard.

The reason I’ve bumped it down this list is that it only lets you recover 500MB of data in the free version, which is lower than some of the other apps here.

For recovering more data than that, you’ll need to upgrade to the licensed version. (If you’re using a Mac, see below for a great alternate way to get a full license.)

If you’re using Mac, there’s another great way to get a fully licensed version of Disk Drill. It’s included as part of the Setapp subscription, where you get a large number of really great Mac apps for a monthly subscription fee. I’m a paying subscriber to Setapp myself and find it to be a really great way to get many of the apps I was already using but was paying and upgrading individual licenses. Setapp has a free 7-day trial and is then $9.99/month (you have access to a full version of Disk Drill during the Setapp trial).

There are plenty of other data recovery apps available. While some offer a so-called “free” version, that’s often only to run a scan and doesn’t let you actually recover any data with the free version.

How to Format SD Cards Safely

The best practice for formatting memory cards is to do it in the camera and do it regularly. That helps to keep the card’s filesystem healthy to avoid data corruption from happening and sets up any files or folders that the camera might need and expect. It’s not a perfect guarantee against data loss, nor does it ensure that you can recover deleted data, but it’s an easy precaution that helps.

It is, of course, also possible to format cards using a computer. If you’re using an SD or microSD card, a good, free, and pretty much foolproof option is to use the SD Card Formatter app that is put out by the SD Association. I have a guide to using SD Card Formatter here.

You can also use your operating system’s built-in data formatting tools, although, with those, you’ll often have to make sure to pick the correct option among several.

How to Recover Data from a GoPro’s microSD Card

If you’ve accidentally deleted videos or photos from your GoPro’s SD card, there’s still a good chance that you can recover it.

The next thing to do is to download data recovery software to scan the card to find recoverable data. There are a number of good options for doing this. I go into more detail separately in these posts:

I’ve put together a detailed guide to the best SD cards for GoPro cameras separately.