There are a lot of GoPro cases available. GoCase is shooting for the premium end of the market. Here’s my hands-on review of their smallest, compact case for the HERO4 Silver and Black. 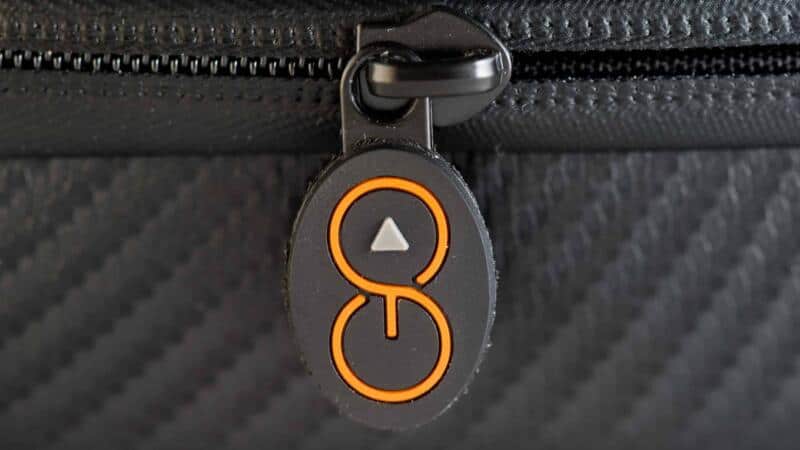 There are a lot of cases out there that can be used to protect your GoPro when it’s not being used. They come in all sorts of shapes and sizes.

And while there are certainly fundamental design differences between some of them, there’s also a lot of overlap between many of them. Because, honestly, there’s only so much you can do to distinguish one case from another.

Often the differences come down to the details. And some manufacturers pay more attention to the details than others. GoCase, a small San Francisco-area company that focuses on premium cases, recently sent me a copy of their GoCase H4 Compact (or, more of a mouthful: H4 Compact Case for GoPro HERO4) to take a look at.

This is the compact version–it’s the smallest and simplest of GoCase’s range designed for the GoPro HERO4 Silver and Black. The GoCase H4 Compact isn’t revolutionary, but it does have some nice details that are in keeping with the company’s aim to set itself apart by focusing on quality and attention to detail.

It’s a semi-rigid, flip-top, compact case about the size of a small lunchbox and is designed to carry one GoPro with a few small accessories.

The outside is semi-rigid, which is to say that while it doesn’t have the crush-proof strength of something like a Pelican case, it also offers more protection than a soft case or swaddle case.

Finished entirely in black, the outside is made to look a bit like large-weave woven carbon. It provides a pretty smooth finish. All the corners are rounded, which means there’s not much to catch on things when you throw them in your bag. The material is water-resistant but not waterproof. Splashed water rolls right off, and I found that it doesn’t mark easily. One of the nice features is the zipper. Zippers are often a weak link in many bags and cases. The one here is mostly enclosed rather than exposed. That’s good for keeping water and grit out. In combination with the exterior’s surface finish, that makes for a case that’s pretty good against water, dust, and sand. GoCase claims that the zippers are waterproof, but the whole package is water-resistant, not waterproof. That is, casual exposure to rain and spray should be fine, but submerging it underwater probably isn’t going to end well.

There’s a handle on one side and a small fabric loop on one end that’s useful for attaching something like a carabiner clip or strap.

The interior is memory foam with recesses pre-shaped to fit a GoPro and a few small accessories.

The main recess is shaped for most GoPro HERO4 or GoPro HERO (2014) cameras in a standard waterproof housing. It will also fit previous models, as well, that are basically the same shape—although it’s a different shape than the HERO4 Session.

There’s a recess for a single spare battery and another that seems to be shaped for the old-style wifi remote but of course can be used for other things like the Smart Remote, more batteries, screw levers, etc.

At one end is one of my favorite things about this case. There’s a small zip-top compartment that is removable to create a small soft case. It’s not big enough for a camera in a case, but it is big enough for a backup GoPro or two naked. Or any number of other small accessories like cables, memory cards, batteries, BacPac screens, or what have you.

The interior is lined with soft microsuede, providing a soft lining that helps reduce the risk of scratching your camera (as long as you keep sand and grit or other sharp things out, of course).

Overall, this is a nicely put-together case. Its materials and general execution are a step up from some of the other offerings out there. (That’s also reflected in the price, too, of course.) It’s a small case, so there’s a limit to how many accessories you can fit in it. But there are definitely times a compact case comes in handy. That said, it’s hard to justify the $49.99 list price when there are other good options available for a fraction of that.

If you’re after something a bit larger, GoCase also makes a slightly larger version that includes an extra, flat-ish compartment in the lid.

These are sold through Amazon and B&H Photo.