If you’re looking for a replacement battery or a spare, here are the model numbers for GoPro batteries that correspond to GoPro cameras. 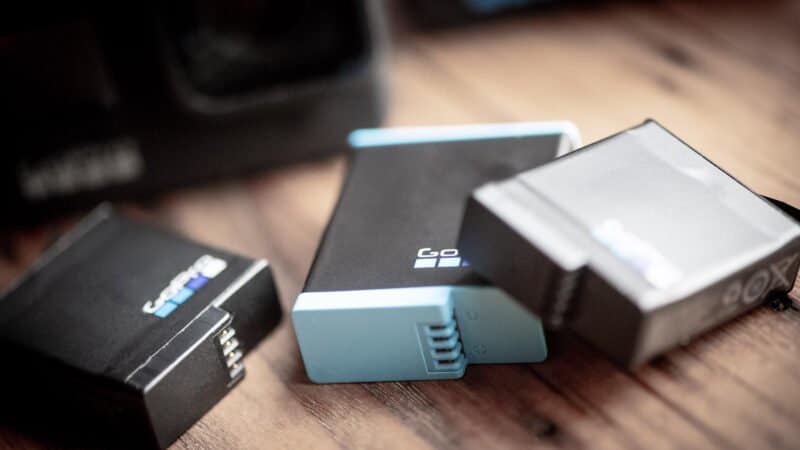 Whether you’re looking for a replacement battery or a spare (or two), here are the model numbers for GoPro batteries that correspond to GoPro cameras.

Many GoPro batteries look similar, but there can be differences in physical dimensions and contact points between camera models. So you do need to make sure that you get the right battery for the specific GoPro camera model.

* The HERO11 Black will also work with the Standard Battery (ADDBD-001). But the Enduro battery will offer better performance and is the battery that GoPro ships with the camera and recommends for it.

In some cases, there’s more than one model number that can be used in a particular camera. For instance, some batteries have been tweaked and replaced with newer iterations, along the lines of AHDBT-201 and AHDBT-301. In those cases, I’ve listed the most recent iteration, which is both the newer version and is generally more widely available.

Things Worth Knowing About GoPro Batteries

There’s more than one way to charge GoPro batteries. I’ve included the corresponding external battery charger models in the table above, but the batteries can also be charged directly in the camera (with a USB charger cable). The charger models I’ve listed above are the official ones put out by GoPro, but there are many aftermarket external charger cradles that also work well.

Some GoPro cameras don’t have removable batteries. They have built-in internal batteries that can’t be replaced. The most recent GoPro models like that are the HERO7 Silver and HERO7 White, but the same is true for all Session models and some of the older models.

Aftermarket batteries by third-party manufacturers can often be very good options. Many of them perform well, and they can provide much better value than the official GoPro-branded ones. But quality control can vary with some of the no-name brands. And it is at least theoretically possible for GoPro to cut off compatibility with aftermarket batteries with camera firmware updates. They’ve actually done that once–back with the HERO5–but it’s not something that camera manufacturers do often.

In rare cases, there can be more than one type of battery that’s compatible with the camera (I’m referring here to differently performing batteries, not the smaller model number tweaks I refer to above). So far, that only affects the HERO9 and HERO10, where there’s the standard battery that comes with the camera as well as a newer, high-performance battery called the Enduro.