If you’re exporting GoPro Cineform MOV files from GoPro Studio, you might have trouble playing them on other systems. Here’s how to fix it. 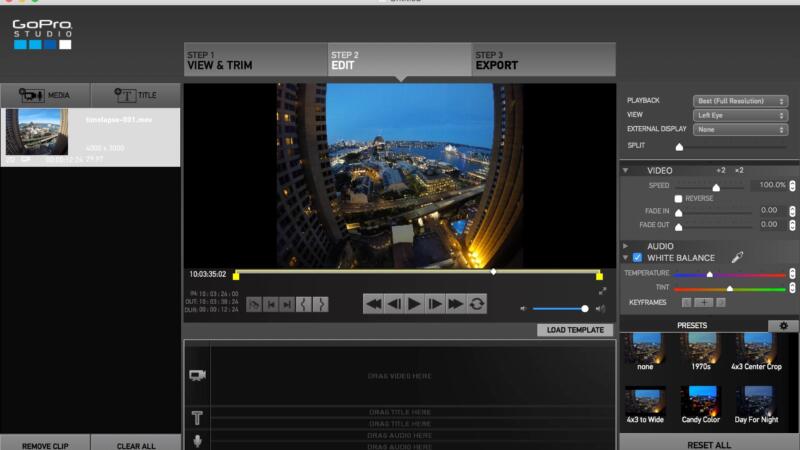 GoPro has discontinued GoPro Studio, so you can’t download it anymore. If you already have it installed on your system and haven’t upgraded your operating system to a 64-bit one, you should be able to continue to use it as normal, although it won’t be updated for newer cameras and features. For a while, the GoPro Studio app installer was included as part of the GoPro Quik installer package, but it has been removed as of version 2.4.

But the good news is that GoPro has also released the CineForm codec as open-source. And it’s included with Adobe Creative Cloud products, including their video editor app Adobe Premiere Pro (both Mac and Windows versions).

If you’re using GoPro Studio to edit and create your GoPro footage, you have the option to export them in either the H264 or GoPro CineForm formats.

H264 (or, technically, H.264) has become the de facto standard for web video. While it’s not actually open-source, in practice, it’s very widely compatible, and its compression algorithm results in a very good compromise between file size and visual quality. That makes it a very good option for sharing video on the web–Youtube and Vimeo use it, among many other sites.

But H264’s algorithm involves quite a lot of compression. Depending on the settings you use, it can be barely perceptible visually. But it also means that quite a lot of information is being discarded that can’t be recovered. That makes it less than ideal for editing video, when you want to preserve high quality during the editing process so you can better control the quality when you export it for sharing. So GoPro Studio also allows you to export to GoPro’s own CineForm codec.

It results in video files that are both much higher quality but also much bigger in filesize. That means it’s not particularly good for sharing on the web, but it is a good format for editing (less so for archiving because it’s a proprietary format). CineForm files come packaged as a MOV file. But when you go to try to play the file, you might find that you can’t open it, getting instead an error warning you that it can’t play the CFHD codec. But it’s pretty easy to fix.

There are two ways to add the necessary codecs to your computer to play GoPro CineForm files.

Once you’ve got the CineForm codec installed on your system, it should be automatically available in QuickTime. I find that QuickTime 7 works best for playing back the files. Because QuickTime 7 uses a different architecture than the subsequent versions of QuickTime, the files playback quickly and transparently, just like any other video file. If you open the GoPro CineForm videos in the newer versions of QuickTime, it will play, but it’ll go through a conversion process first, which slows things down.

UPDATE: Apple has discontinued QuickTime 7. If you have it installed, it should continue to work on legacy versions of macOS, but it is not supported in macOS 10.15 Catalina or later.

Normally, VLC is a reliable, free app to play a huge number of video formats. It has long been my go-to video player. But VLC won’t play videos encoded in the GoPro CineForm format because the format is proprietary. And while the CineForm format is free for many (although not all) uses, it’s still a proprietary format.

It’s possible that might change. As GoPro writes: “When the GoPro CineForm codec becomes SMPTE standardized (in progress), it is likely that VLC will support it at that time.” But that is looking increasingly unlikely now.