GoPro has announced a new high-performance battery for the HERO10 and HERO9 cameras. 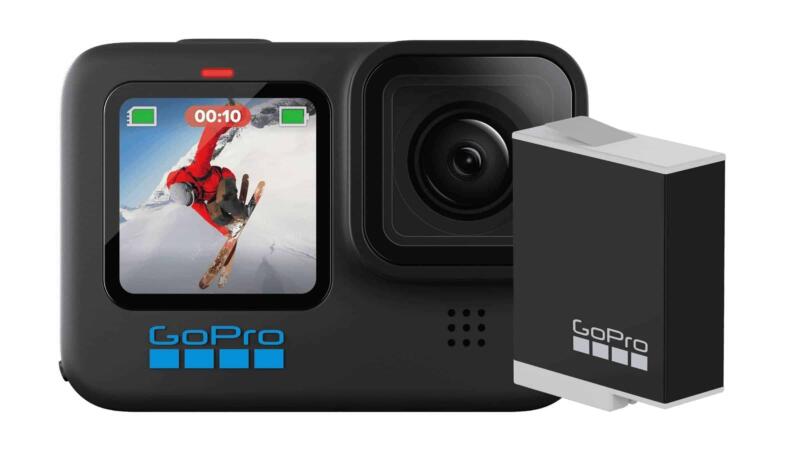 GoPro has announced a new high-performance battery for the HERO10 and HERO9 cameras.

The battery will be sold as a spare battery option for the HERO10 and HERO9 for $24.99 and is expected to be available on GoPro.com at the end of November.

Its a lithium-ion battery rated at 1720mAh (ie. the same mAh rating as the standard HERO10/9 battery).

Related to this is a new firmware update for the HERO10. It’s due for release by the end of October. New shooting modes and improved efficiencies should help with some of the HERO10’s overheating issues (fingers crossed!).

Here’s what GoPro says about it:

And HERO10 Black’s new firmware update, slated for release by end of October, introduces three “Video Performance Modes” that make it easy to maximize your HERO10’s performance depending on your use case:

The following is what users can expect to achieve, on average, in Tripod / Stationary Video mode when recording a single continuous clip at a temperature of 77F / 25C in static situations without movement or airflow to cool the camera:

The HERO10 firmware update will be available by the end of October and HERO10 Black owners can update their cameras using the Quik app.

In addition to improved recording times, GoPro says that the new battery features faster charging: (“Reduces the time needed to get a full charge by up to 13% over standard GoPro batteries.”)