The GoPro Floaty for the HERO8 Black is a simple, foolproof way to keep your camera afloat. Here’s what it is and how it works. 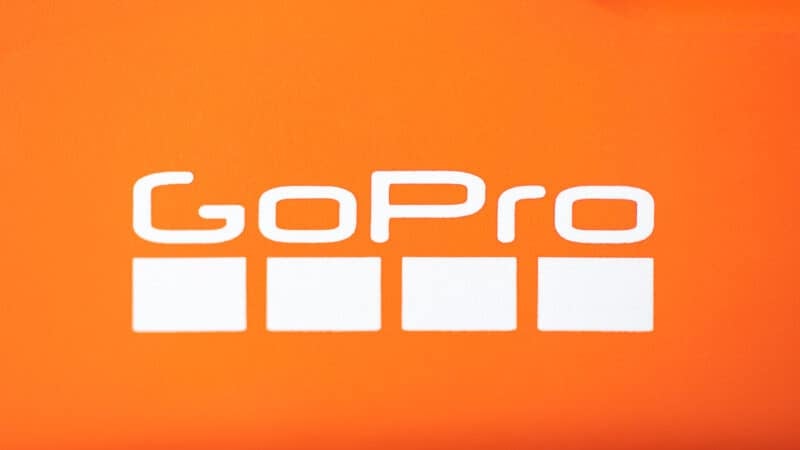 GoPros sink. And fast. So if you’re heading into the water and want to avoid donating your HERO8 Black to the bottom of the ocean, it’ll need some help to stay afloat.

NB: I’m focusing here on the Floaty for the HERO8 Black. The one for the HERO9 Black works in the same way, but it’s slightly larger to accommodate that camera’s larger dimensions.

There are older versions of this for older GoPro models. They also use the name Floaty. But they’re a much simpler design–just a block of foam with self-adhesive to stick on the back door of a waterproof housing.

That was fine for the models before back screens became a standard feature–and that needed a separate housing to be waterproof–but it doesn’t work as well with the newer models. 1 The new version for the HERO8 Black is different in that it’s more like a housing. There’s also a version specifically for the HERO9 Black. Its design is fundamentally the same as this one, but it’s slightly larger to accommodate the HERO9 Black’s larger dimensions. So you’ll need to make sure that you’re looking at the right version for your camera. The one I’m focusing on here is specifically for the HERO8 Black.

It’s a semi-rigid foam casing that goes around much of the camera. The foam provides buoyancy, with large cutouts on the front and back.

There are advantages to this approach. For one, it’s pretty much foolproof. There are no moving parts or compartments to leak or break. And so long as you’ve put the camera in properly, it’s very unlikely to slip out because the Floaty is such a snug fit to the HERO8 Black.

On the minus side, it’s bulky. It also won’t work with the Protective Housing, a cage, or accessories that attach to the camera like the Light Mod.

It’s a high-visibility orange, which is useful when you drop the camera in the water. I’ve had to go fishing mine out of the surf many times, and it’s much, much easier if you can see it easily.

There’s a lanyard clip on one side. It doesn’t come with the lanyard, though. You can use any you like, so long as it will thread through the holding bar. I use the lanyard that comes with the GoPro Sleeve + Lanyard but any lanyard or camera strap that uses a small clip or thin thread will work. If you’re mounting the camera rather than doing handheld shooting, that attachment point is ideal for attaching a tether, which provides additional protection against your camera floating away.

The Floaty is designed in such a way that you can still use the camera’s buttons. There are recesses for the buttons, but they’re not full cutouts.

So you lose a little of the tactile responsiveness you get from just the naked camera, but I’ve not run into any issues. Turning on the sound indicators is useful, though, for confirmation that the shot’s getting taken (I usually turn the sounds off). And I’ve come to like the recesses–they make it very easy to feel where the buttons are without having to look at it.

On the bottom is a cutout for the HERO8 Black’s fold-down attachment point. So you can still use it with many of the usual GoPro mounting points. You will have trouble, though, with any that are particularly snug around the camera simply because of the bulk of the camera. And you’ll need to make sure that you extend the attachments before you insert the camera into the Floaty, because once it’s in, there’s no way to fold the attachments down.

And while it wouldn’t make sense to want to use this with an external power supply, because that would mean having the door open and exposed to water. But to be clear, the Floaty doesn’t allow access to the battery/SD card/USB port compartment.

It does still allow for access to the back screen, and a nice design feature is that the camera is deeply recessed in the back. That provides extra protection, but it also works as a screen visor to give some shade on the screen, making it easier to see in bright, glary conditions–exactly the kind of conditions you’re likely to be using the Floaty.

You can find them at GoPro.com. If you have an active GoPro subscription, you can get a 50% discount on it.

You can also find them at other retailers such as Amazon and B&H Photo.

Images and product information from Amazon PA-API were last updated on 2022-12-05 at 09:48. Product prices and availability are accurate as of the date/time indicated and are subject to change. Any price and availability information displayed on Amazon Site at the time of purchase will apply to the purchase of this product.