Is it Normal for a GoPro to Get Hot?

You might have noticed your camera getting very hot to the touch. In general, that’s normal, but there can be some consequences. 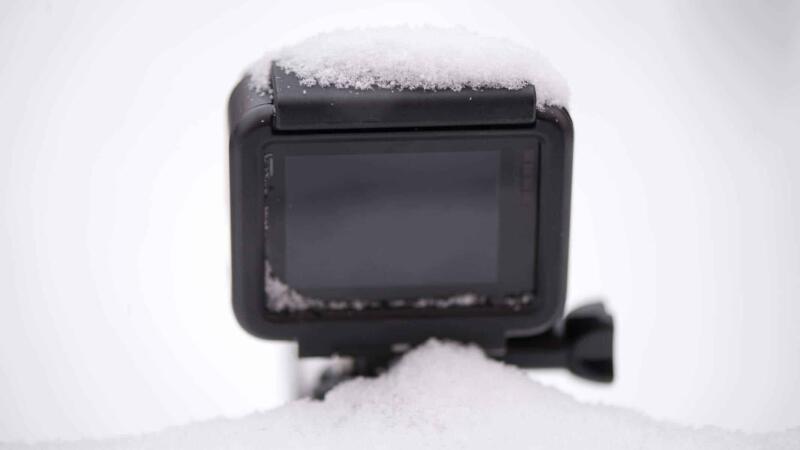 Wondering whether it’s normal that your GoPro is getting very hot? Yes, it is. And quite hot, at that.

The HERO10 Black is a special case. At launch, it suffered from an overheating problem that caused quite a lot of controversy. In response, GoPro used a firmware update to add some new Video Performance Modes to the camera, some of which are explicitly designed to avoid overheating. You can find more information about that here.

You’ll notice it particularly when recording with the high-end video modes that keep the camera’s internal processor working hard as well as transferring large amounts of data to the memory card. Features like HyperSmooth video stabilization, for example. The camera and memory card can get quite hot to the touch, even to the point that it can be uncomfortable to hold and feel like it’s overheating.

It’s especially noticeable with some of the newer models like the HERO9 Black when you’re using the high-end video modes. Those modes require lots of processing power and large amounts of data being written to the memory card very quickly. The metal rim around the lens port acts as a heat sink, drawing the heat out to dissipate it into the air. The result is that it can become very hot. And if you take the microSD card out right away after recording in the high-end modes, you’ll find that that’s hot too.

But you’re definitely not the first to ask. Indeed, GoPro anticipated the question and addresses it directly in the instruction manuals [PDF]. They also offer some good suggestions for mitigating the heat problem and working around it.

And the good news is that there’s a safety mechanism built into newer models–the camera will shut down if it gets too hot and shows you a message explaining why it’s shutting down (and an icon of a thermometer). While that’s frustrating if you’re in the middle of capturing something important, it’s at least better than causing damage to the camera.

Here’s what the HERO9 Black instruction manual says on the issue (from p.101):

The Temperature icon appears on the touch screen if your camera becomes too hot and needs to cool down. Your camera was designed to recognize when it’s at risk of overheating and will shut down when needed. Simply let it sit and cool before using it again. Heads Up: The operating ambient temperature range of your HERO9 Black is 14°F ~ 95°F (10°C ~ 35°C). High temperatures will cause your camera to use more power and drain the battery faster.

Because the heat is only generated when the camera is working, one strategy to keep it within normal operating temperatures is to shoot in short bursts when possible. If you don’t need a long stream of non-stop footage, breaks between recording clips will allow the camera to cool down.

If the camera does start overheating and shows the CAMERA TOO HOT warning, there’s only one thing you can do–let it sit to cool down for a bit before trying again. How long that takes is going to depend on the conditions. It’s probably not a good idea to throw the camera into an ice bath–that kind of jarring extremes could potentially crack the plastic or glass–but letting it sit quietly in cool conditions for a while will bring the temperature down to the normal range naturally.

One of the common scenarios where a lack of airflow around the camera body can become a problem is when using a dive housing such as the Protective Housing. There’s not really a solution–creating airflow is going to mean creating water flow, which defeats the purpose of the housing. If you’re using the housing purely to help with bumps and knocks rather than for its waterproofness, replacing the back door with a skeleton back door will help a little but won’t completely eliminate the problem.

A related issue is when the heat of the camera combines with humid air trapped inside the housing. You can get fogging up if you take it into cooler water or air. That’s where anti-fog inserts come in handy. You don’t need them–and they won’t work–with the built-in housing of the HERO10 Black, HERO9 Black, HERO8 Black, HERO7 models, HERO6 Black, HERO5 Black, or HERO (2018). It’s only if adding another layer of housing.