Here’s a rundown of the relevant modes and settings of the photo mode on the GoPro HERO (2018), including file types, fields of view, and enhanced dynamic range. 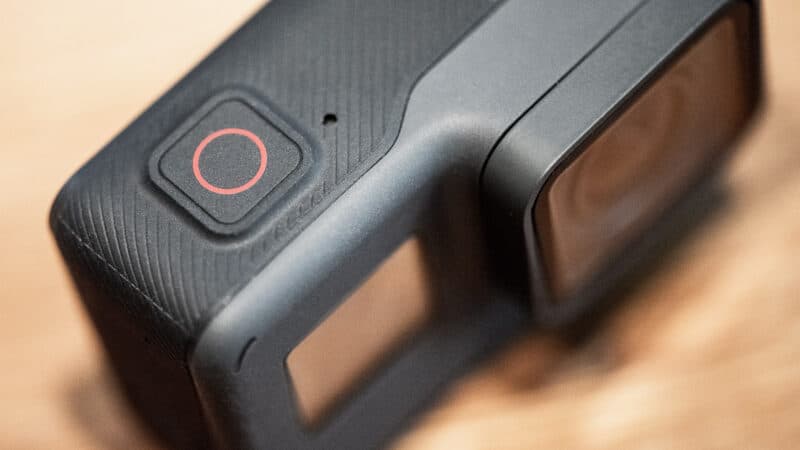 GoPros are best known for video, but they can also work well with still images, whether it’s an individual image, a fast sequence using burst mode, or a longer sequence of time-lapse shots.

Here’s a rundown of the specifications and options of the GoPro HERO (2018)’s when shooting still photos.

Note: Some users hack the firmware of the HERO (2018) to turn it into a fully functional HERO5 Black. The hardware is the same; the only difference is in the software (firmware). But I’m focusing here on its features as a HERO (2018).

While the HERO (2018) probably isn’t necessarily the first choice of camera if you’re looking to take photos to print and hang on your wall, that 10MP resolution is comfortably large enough to make 8 by 10-inch prints at full resolution (and much of the time significantly larger than that will also look good). It’s certainly more than enough for sharing images online while still allowing plenty of room to crop.

The file size of the JPGs varies because of the way that JPG (or JPEG) image compression works. Images with few tones and little detail can be compressed better than images with lots of smooth tones and heavy on details. That means that the file size can vary from shot to shot. I’ve gotten images anywhere from 3MB to 10MB, with most falling around 4-6MB.

Fields of View, or FOV, refer to the perspective of the lens. The ultra-wide-angle perspective that we’re most used to with GoPros produces that distorted, bulging fisheye look. It creates an immersive feel that’s great for action shots, but it doesn’t look “normal” to us, and it’s not ideal for all shooting situations. It doesn’t work well for traditional portraits, for example, and it’s not good if the subject is far away from the camera.

But there are other fields of view available when shooting photos on the HERO (2018).

The other FOVs available are Medium and Narrow. Those are essentially crops rather than corrections. Or, put another way, the result is like a digital zoom (not an optical zoom). Nothing changes with the lens—it just crops in on the center part of the image. But the resulting file dimensions remain constant across all the fields of view (i.e., they’re always 3648 by 2736 pixels).

This is the default fisheye view. In capturing a super-wide perspective, it also distorts the view beyond what we’d consider normal. The center of the frame seems to bulge, while lines that should be straight, such as the horizon or vertical walls, end up curved. The effect, or barrel distortion, is more exaggerated closer to the edges of the frame. The EXIF metadata registers this FOV as a 15mm focal length when converted to 35mm (or full-frame) equivalent.

Here’s an example using the Medium FOV. It was taken from the same camera and same spot. The EXIF metadata registers this FOV as a 23mm focal length when converted to 35mm (or full-frame) equivalent.

And here’s an example of the Narrow FOV, again from the same camera and position. The EXIF metadata registers this FOV as a 35mm focal length when converted to 35mm (or full-frame) equivalent.

Wide dynamic range, or WDR, is a special mode that tries to capture more detail in the shadows and highlights.

So it’s the same sort of idea as what is usually referred to as high dynamic range (or HDR) images. (The HERO6 Black has an HDR mode instead.) But WDR is less aggressive (and also less effective than the HDR mode on the HERO6).

Here’s a side-by-side example of a standard non-WDR image and a WDR image, both taken with a HERO (2018).

The HERO also has a variation of burst mode known as continuous shooting. Rather than shooting a preset number of photos in the sequence and then stopping, continuous mode keeps shooting rapidly while you hold the shutter down. It can capture up to 4 frames per second for a maximum of 30 shots.

The HERO (2018) doesn’t offer any Protune settings in either photo or video modes.