Here’s a rundown of the various video modes and options available on the GoPro HERO Session. 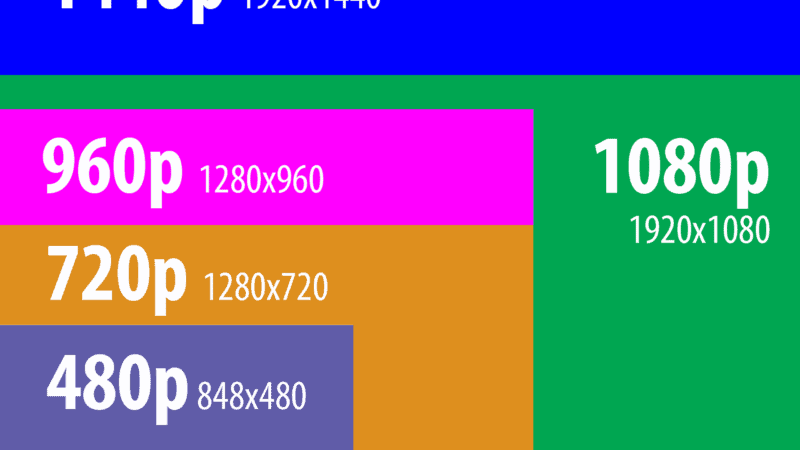 The HERO Session is the entry-level camera in GoPro’s range. Like the other cameras in the now-discontinued Session line, it has a tiny cube-like form factor, a built-in battery, minimalist on-camera controls, and its shell is waterproof without requiring an external housing.

With a maximum video resolution of 1440p, its video capabilities are also more limited than the higher models in the range like the HERO5 Session and HERO8 Black. It can’t shoot 4K video, and it doesn’t have built-in video stabilization. But if you don’t need those higher-end features, it’s still a very capable action cam that can record great footage.

The HERO Session can shoot video, photos, and timelapse. Here’s a rundown of the features available for shooting video.

Perhaps the most important thing to know about the HERO Session for shooting video is that it doesn’t shoot 4K video (aka UHD video). Its largest video size is HD video of 1440p (1920×1440) and 1080p (1920×1080). If you’re mainly looking to share your video on the web, those resolutions are plenty big enough and also keep the footage to manageable file sizes while you’re editing and saving the files.

Here’s how the resolutions compare relative to each other. You can click on the graphic to open a full-size version.

Aspect Ratios of Video on the GoPro HERO Session

Most of the video modes on the HERO Session shoot in standard 16:9 mode. That’s the wider, flatter format we’ve become used to with computer displays and HD TVs. A few of the Session’s video modes, like the 1440p and the 960p modes, are in the taller 4:3.

Does the GoPro HERO Session have Video Stabilization?

The HERO Session doesn’t have built-in video stabilization. For that feature, you’d need to look at the HERO5, HERO6, HERO7, and HERO8 models.

The HERO Session does have Protune options available in the video mode, although there are fewer options than there are on the higher-end models.

Fields of View on the HERO Session

The HERO Session has three fields of view when shooting video. Not all shooting modes have every field of view available. The table below shows which FOVs are available in which shooting modes.

Ultra-Wide is the default Wide mode we’re used to with GoPros (and it’s called Wide in the GoPro mobile app). It has that distinctive fisheye look.

Medium is a more “normal” perspective with less distortion. It’s basically a view that has been digitally zoomed in.

SuperView is an FOV that GoPro calls “the world’s most immersive field of view.” Basically, it’s an even more stretched view, with the 4:3 modes being stretched to 16:9 when you play them back on your computer.

There’s no Linear FOV available on the HERO Session. (Linear FOV greatly reduces the fisheye distortion and straightens the lines and horizons.) For that, you’d need to step up to the HERO5 or HERO6 models.

All Video Modes of the GoPro HERO Session