GoPro has announced the latest in their line of flagship action cameras: the GoPro HERO10 Black. With a new GP2 chip, it shoots 5.3K60 and 4K120 video and 23MP photos. 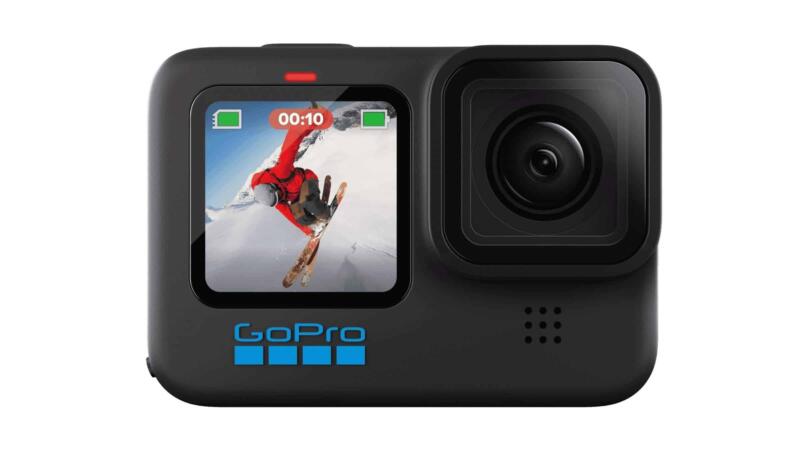 GoPro has announced the latest in their flagship action cameras: the HERO10 Black.

It’s available for order now directly from GoPro.com. It’s listed as in stock and ready for shipping at B&H Photo and Adorama.

Here are some of the highlights of the new HERO10 Black:

Aside from the branding and model number, the camera body is the same as the HERO9 Black. This means that most of the HERO9 Black accessories you already have will work on the HERO10 Black (more on this below).

Here’s a quick take on how the HERO10 Black compares with the HERO9 Black. I’ll post a much more detailed version asap. Overall, they’re mostly incremental updates, although the improved video specs will likely be well received. I have yet to try out the improved low-light performance, but that’s one area I’m particularly interested in.

The cameras are far more similar than they are different, so I’m focusing above mainly on the differences and some of the core features. But these are some of the other features and specs that remain the same from the HERO9 Black to the HERO10 Black:

Accessories for the HERO10 Black

Batteries. The HERO10 Black uses the same battery (and battery charger) as the HERO9 Black.

Protective / Dive Housing. With the camera’s body remaining the same dimensions and layout, the HERO10 uses the same Protective Housing as its predecessor.

Remote. The Remote, the newest of GoPro’s remote controls for their cameras, is compatible with the HERO10 Black.

Mounts, Grips, and Supports. The HERO10 Black uses the same three-pronged mounting attachment system as previous GoPros, so the usual mounts, clips, tripods, poles, and grips will continue to work with it. Like the HERO9 Black and HERO8 Black, the attachment fingers fold down from the camera body.

Media Mod. The HERO10 Black uses the same Media Mod as the HERO9 Black (but it’s different from the one for the HERO8 Black).

Max Lens Mod. The firmware version that the HERO10 Black has at the time of launch is not compatible with the Max Lens Mod. But it will be added in a firmware update coming soon (reportedly around mid-November).

Light Mod. The Light Mod from the HERO8 Black and HERO9 Black is also compatible with the HERO10 Black.

Where to Get Them

With global supply lines stretched thin, there’s always a chance of shortages and shipping delays. So it’ll be better to get in early if you want it in time for the holidays.

It’s available for order directly from GoPro.com, and they’re throwing in a free 32GB SanDisk Extreme SD card with the base version.

And if you’re already a GoPro subscriber, you can sign in to get the same discounted price of $399.99.

They’ve also put together an accessories bundle that includes the HERO10 Black, a Magnetic Swivel Clip, spare battery, Shorty grip/tripod, and a 32GB SD card. It’s all for $449.98, which makes for great value and is an especially good option if you’re giving the camera as a gift.

The HERO10 also comes with a case included.

The HERO10 is also listed as currently in stock and ready to ship at B&H Photo and Adorama for $499.99.