How to Know When to Replace a GoPro HERO11 Black Battery

The GoPro HERO11 Black has a built-in feature that tells you when it us time to replace the battery. Here’s how it works. 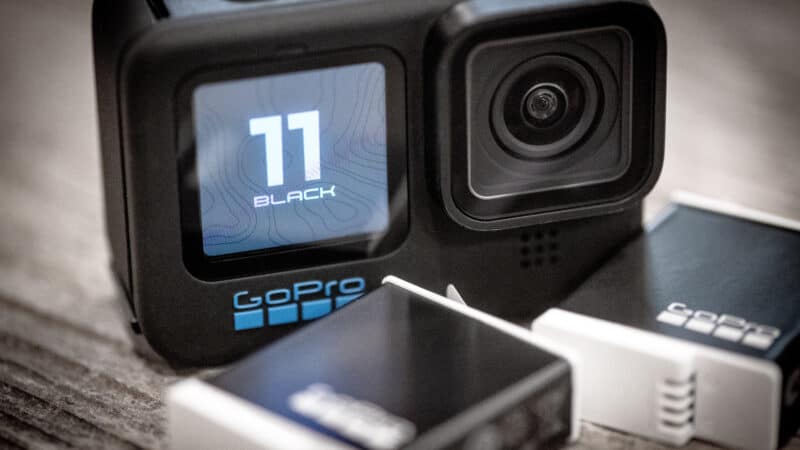 If your GoPro HERO11’s battery doesn’t seem to be lasting as long as it should, the first thing to check is the battery’s health.

In recent models, GoPro has built in a battery health check feature, and that feature is included on the HERO11 Black.

Where to Find the Battery Health Check on the HERO11 Black

The second is a Battery Type. This is designed as a compatibility check. This should differentiate between an official GoPro-branded battery and third-party batteries. It should show “Compatible” for an official battery and “N/A” for a non-GoPro battery.

If the health indicator suggests you need a new battery, there are technically two official GoPro models to choose from for the HERO11 Black.

GoPro officially recommends using the Enduro in the HERO11 Black. This is what they say in the manual:

Be sure to use a GoPro Enduro Battery. Using an older GoPro battery or non-GoPro battery could greatly limit your camera’s performance.

I much prefer the Enduro in the HERO11 (and the HERO10, for that matter), but if you have a stack of standard batteries already on hand, they should work well.

GoPro doesn’t recommend aftermarket batteries from other manufacturers and will actually warn you in the camera if you try to use one. You’ll see a warning screen like this:

And you might get some unexpected behavior. I get a warning that the battery is cold, for instance.

This is the warning that GoPro includes in the HERO11 Black’s manual:

Be sure to use a GoPro Enduro Battery. Using an older GoPro battery or non-GoPro battery could greatly limit your camera’s performance.

Images and product information from Amazon PA-API were last updated on 2023-02-03 at 09:48. Product prices and availability are accurate as of the date/time indicated and are subject to change. Any price and availability information displayed on Amazon Site at the time of purchase will apply to the purchase of this product.

How to Know When to Replace a GoPro HERO11 Black Battery