The GoPro HERO11 Black Mini supports voice control, so you can control some basic camera functions hands-free. Here’s how it works and the list of available commands. 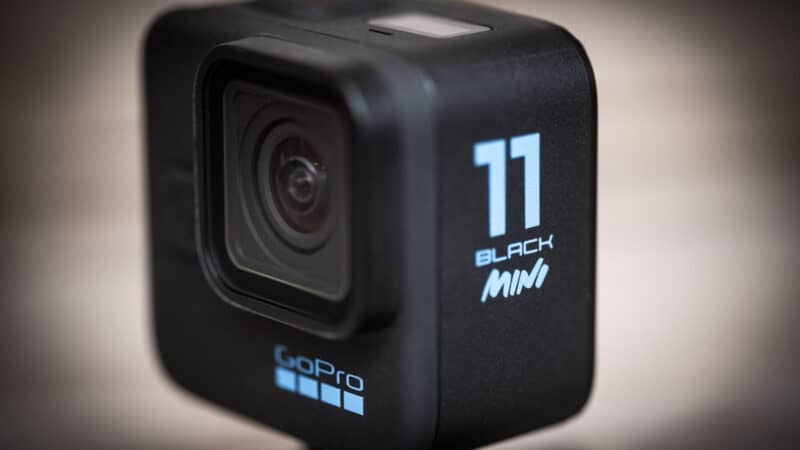 Voice control has been a standard feature of the last several generations of GoPro cameras. It allows you to control some basic functions of the camera hands-free, using only your voice. That can be especially convenient when your hands are busy holding onto something else, or if the camera is just out of reach.

It’s not always a good solution, though. Your mileage might vary and will depend on the conditions you’re shooting in. It doesn’t work well in noisy conditions, if the camera is inside a housing, or if you’re far away from the camera, and it doesn’t work at all underwater.

To enable and disable voice control on the HERO11 Black Mini, you have to go through the GoPro Quik mobile app. Once connected, go to Settings and tap on the Voice Controls toggle switch.

Turning the HERO11 Black Mini Off with Your Voice

With the HERO11 Black Mini, you can also turn the camera off with your voice.

On some earlier models, such as the HERO9 and HERO8, it is also possible to turn the camera on using a feature called Wake on Voice. The HERO11 Black Mini does not have the Wake on Voice feature.

Voice commands and languages are the kinds of things that GoPro can tweak with firmware updates. So it’s worth making sure that your camera’s firmware is up to date for the latest list of commands.

GoPro Voice Control is also available in other languages. You can switch the language through the GoPro Quik mobile app by going to:

The available voice control languages on the HERO11 Black Mini are: