How to Update GoPro HERO11 Black

Here’s how to check and update the firmware of the HERO11 Black to a new stable version or a beta firmware version. 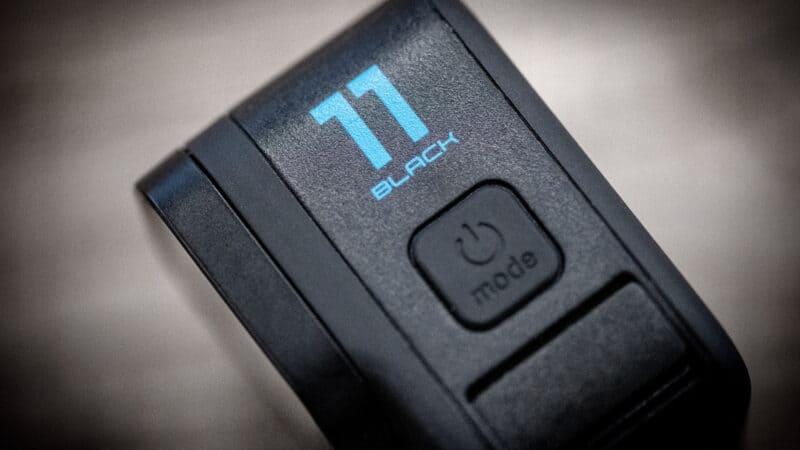 Firmware updates improve the performance of your GoPro camera. They can add features, improve stability, improve compatibility with accessories, and fix bugs. So it’s always a good idea to keep your GoPro’s firmware up-to-date.

And the first time you fire up a new HERO11 Black out of the box, it’ll insist that you update the firmware to the latest version before doing anything else.

Beyond that, GoPro has also been releasing a separate line of beta firmware that experiments with new features.

There are two ways to update your GoPro HERO11 Black. 1

The manual update is useful if you need to roll back to a previous version. That doesn’t happen often, but it can crop up from time to time. And now that GoPro has started releasing beta firmware versions, it’s useful if you want to try out one of those beta versions (which should always be used with caution, especially on important shoots).

But first, something worth knowing . . . Regardless of which method you use, it’s important that your HERO11’s battery is charged. This is to avoid interruptions to the update process, which can cause problems. Technically, the process will continue so long as there’s at least 20% charge in the battery, but having it more charged than that is better and safer.

1. How to Use GoPro Quik Mobile App to Update GoPro HERO11 Black

Worth noting is that this method only works with official releases. It won’t prompt you for beta firmware updates–for that, you’ll have to update manually.

Connect the GoPro Quik mobile app to your HERO11 Black. (If you haven’t done that before, here’s a guide.)

Once the wireless connection is established and the camera and phone paired, the GoPro Quik app will automatically check the firmware version. If a newer version is available, the app will prompt you. You can choose to proceed with the update or skip it.

The camera will reboot when it’s finished, and then you’re ready to start shooting again.

2. How to Manually Update the Firmware of Your GoPro HERO11 Black

Tip: You’ll probably need your camera’s serial number in order to download the firmware. I’ve put together a separate guide on the various methods of how to find a GoPro HERO11’s serial number.

You don’t interact directly with the firmware, but from time to time it might be necessary to update the camera’s firmware if the camera manufacturer has posted an update or you wish to install experimental beta firmware from GoPro Labs.

What is the current firmware for the GoPro HERO11?

The beta version gives early access to new features and compatibility, but it exists for testing purposes and should be treated with care, especially on production shoots. It is very possible–even likely–that it still has bugs or features that don’t work as expected.

Yes. It is possible to brick your camera during a firmware update, but with simple precautions, it should all run smoothly.

How often should you update the HERO11’s firmware?

Updating your GoPro’s firmware isn’t something you have to do often, but if you haven’t used your camera for a while, it’s worth checking that you’re running the latest version.

Yes, you need both a battery (charged to at least 20%, but preferably more) and an SD card (formatted) in your HERO11 in order to update the firmware. It won’t let you proceed with the update without them.

How do I check what version of the firmware is on my HERO11 and whether it’s up to date?

You can also find this information by using the GoPro Quik app. Once you’ve connected wirelessly to your HERO11, go to Settings (the gear icon), and then scroll down to the Camera Info section. The Version field is the current firmware running on the camera.

How to Update GoPro HERO11 Black