How to Find the Serial Number of a GoPro HERO11 Black

From time to time, you might need to find the serial number of your GoPro HERO11 Black. Here’s a guide to four methods for finding it. 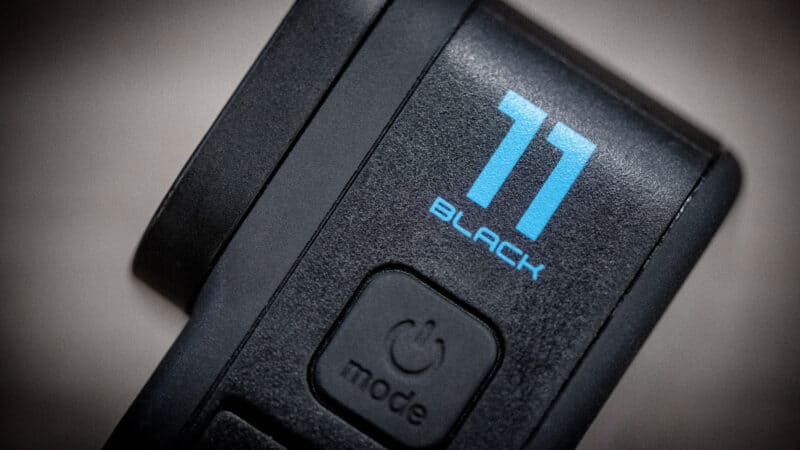 From time to time, you might need to find the serial number of your GoPro HERO11 Black.

It’s not something that comes up often, but you might need it if you’re manually updating your camera’s firmware or reaching out for help from GoPro support. You’ll also need it to add a device to your GoPro Subscription account.

There are at least four methods you can choose from to find the serial number of a HERO11 Black. Here’s a quick guide.

On the HERO11’s Menu System

If your HERO11 can power on, this is probably the quickest and easiest method.

If your camera won’t power on and you’re reaching out to technical support , the HERO11 serial number is also printed on the camera body itself. But it’s not in an obvious place or even easy to read. The text is tiny and sometimes hard to tell the difference between numerals such as 6 and 8.

Open the HERO11 Black’s side door and remove the battery.

The camera’s serial number is also saved in a file on the SD card.

When the HERO11 formats the SD card to make it ready for use, it creates a couple of folders and a few files. One of those files records the camera’s key information, including the serial number.

The camera’s serial number is also embedded in the EXIF metadata of photos taken with the HERO11. Look for an EXIF field called BodySerialNumber or CameraSerialNumber–I’ve seen it rendered as both with the same HERO11 image.

There are plenty of other options for viewing EXIF metadata, including many imaging apps (some free, like XNViewMP, XNView, or GIMP), browser plugins, and free online services that can read and display the EXIF metadata of an image you upload. Not all of them will display the camera serial number field, but if one doesn’t work, there are plenty of other alternatives to try.

Tip: If you’re shooting with the HERO11’s RAW image option enabled, it’s best to use the JPG version of the image with these EXIF readers. The RAW (.gpr) files are much less widely compatible.

How to Find the Serial Number of a GoPro HERO11 Black