The GoPro HERO4 Session is the smallest and lightest GoPro yet. Here’s how it works. 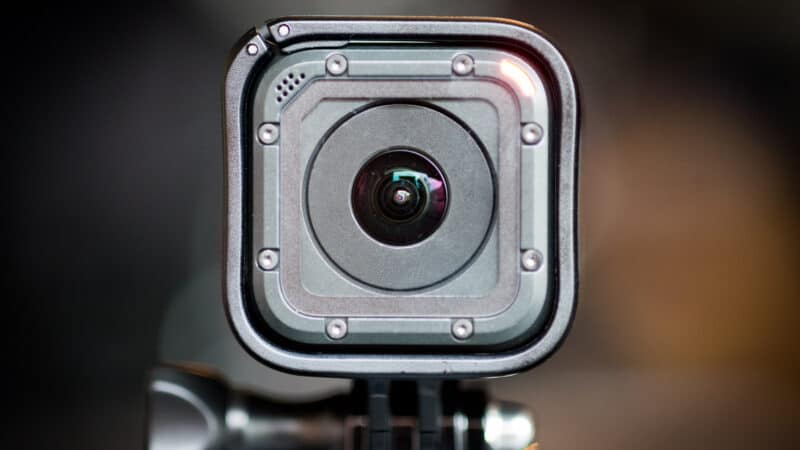 Now that I’ve had a chance to play with the new GoPro HERO4 Session, here are my overall impressions.

The headline feature of the HERO4 Session is that it’s tiny. GoPros were already small before, but this one takes it to a new level. And small also translates as light, which is likely to make it a very popular choice where every ounce matters, like using them mounted on drones. It also means less wind resistance and bulk, which is handy in uses where being streamlined and light matters.

Crammed into that tiny package is a pretty powerful camera. It doesn’t have all the same features of the larger HERO4 Silver and Black models, and it doesn’t have the same high-end video modes like 4K that those cameras have, but it packs high-resolution video, 8MP photos, and timelapse capture.

It’s waterproof–although not as waterproof as the standard housings of the other current GoPros. It has both wifi and Bluetooth, so you can use the GoPro smartphone app or the GoPro Smart Remote. And it still uses the same standard GoPro mounting system, so you can attach it to just about anything, from surfboards, to kayaks, to skateboards, to guitars, or any number of other places that a camera can’t normally go.

Here’s a more detailed overview of the GoPro HERO4 Session.

There’s no back LCD screen, so you can’t see what you’re shooting on the camera (but you can use the smartphone app). In place of the usual rectangular, monochrome LCD screen on the other GoPros, this has a wide, narrow monochrome LCD screen on top that gives you the feedback for things like settings menu, battery and memory status, and shooting mode. The screen is backlit, so is much easier to read in dim lighting compared to other GoPros. It’s also at higher resolution, so the text is much crisper.

There are two buttons that let you control, although they only get you so far. In the center on top is the standard large shutter button. That also serves as the select button when you’re using the settings menus (at least, the ones that are available on-camera). You can also use it as a quick-start shutter. If the camera’s off, one brief press starts video recording. A longer press for 3 seconds starts timelapse shooting. If you forget which is which, there’s a very faint reminder on the back of the camera.

At the bottom of the back panel, looking more like a latch than a button, is the second button. It’s used as the main power button, for wireless, and as the secondary button when using the onboard menus. The two-button system works, but I can’t say it’s especially intuitive. But the biggest disadvantage is that the on-camera controls are very much simplified, and for anything like changing the video resolution, etc, you need to use the smartphone app or the Smart Remote–it can’t be done with the camera buttons alone. I can’t say I’m a fan of that approach–I’d rather be able to set everything on-camera, even if it is using a clunky two-button system.

A spring-loaded trap door on the side hides the USB connector and memory card slot. In a break from other GoPros, this one catches up with the times and uses micro USB rather than mini USB. There are two small LED lights, one on the front and another on the back. During shooting, they flash red. They flash blue to indicate when the wireless is active.

GoPros don’t have great battery life, and the Session continues that trend. In best case scenarios, you should get up to 2 hours of life. But a number of factors can influence that and result in much less, including whether you’re using wireless connections and which video modes you’re using. The power efficiency of the memory card and the external temperature can also both influence the useful life you can get out of a charged battery.

The battery is internal, so there’s no way to remove it and swap it out with a spare. The only way to charge it is to connect to a power source like AC or an external battery via the microSD cable (supplied with the camera).

It’s just a sliver larger than the Polaroid Cube.

The HERO4 Session’s housing is a bit differently configured to the other GoPros. The camera’s own casing provides protection, while the frames that come with it are essentially skeleton frames whose primary purpose is to provide a secure cage to mount the camera with the usual GoPro attachment system. The frame itself locks down securely on the camera with a slimline locking mechanism that is conceptually similar to the ones on the large housings but much smaller and lighter. It works well.

Two frames come with the camera. One has the GoPro mount on the bottom–the standard setup we’re used to–so that you can shoot forward. The other has the mount on the back, on the opposite side of the lens, so you can mount it shooting away from the mount. That can be especially useful in situations where you want to keep the package slim in narrow quarters. Because the front-on profile is square, it can go into the frame at 90 degrees (or 180 or 270 degrees, for that matter). That opens up a number of new possibilities in terms of where the camera can be mounted.

The Session’s case is waterproof down to about 33 feet (10 meters). That’s plenty for snorkeling or any surface activities like surfing, kitesurfing, swimming, or kayaking, but it’s borderline for Scuba diving. While many recreational dives might not go much deeper than an average of about 10m, especially on coral reefs, it’s not at all unusual to follow a channel that goes deeper than that for at least part of the dive. And many dives of course intentionally go deeper. So if you’re planning to use it for diving, a much safer bet is to go with the HERO4 Silver or Black, or the entry-level HERO or HERO+ LCD. They all come with housings that are much sturdier and rated down to a depth of 131′.

The Silver and HERO+ LCD, in particular, have having a screen on the back so you can actually see what you’re shooting, which is a distinct advantage when shooting underwater. Another advantage of those cameras is that they can better accommodate red filters to help white balance underwater and improve the quality of your footage or photos. If you are using it in the water, there’s a dedicated floaty housing for the Session.

The HERO4 Session has a larger set of video modes than the entry-level HERO or the HERO+ LCD, but it has far fewer than the Silver or Black. The camera has ProTune for video as well as an automatic low-light function. It also has the Highlight Tag function that the newer GoPros have that lets you tag a specific portion of video so that you can quickly return to the notable part of the footage when you come back to edit in post-production.

Here’s a visualization of the relative video sizes produced by GoPros.

I’ll be posting some real-world examples of the footage shortly.

Audio. The Session has two microphones, one on the back and one on the front. It switches automatically between them if it senses that one is handling wind noise better. You can’t manually switch between them, and the Session isn’t compatible with external microphones.

Still Photos: In terms of still photos, the Session produces 8MP. It does automatically switch to a mode that is optimized for low light, but it doesn’t have the special night mode of the Silver and Black.

Burst Mode: There’s a burst mode of up to 10 frames per second.

TimeLapse Photo. The HERO4 Session can capture timelapse photos, but it doesn’t compile the video in-camera as the HERO4 Silver and Black now can with their TimeLapse Video mode. You have the usual timelapse interval options of 0.5, 1, 2, 5, 10, 30, and 60 seconds. I’ll be posting some real-world examples shortly in a separate, detailed review of the Session’s still photos capabilities.

Like the other GoPros, the Session takes microSD cards. Unlike the entry-level HERO, it also works with microSDXC cards, or in other words it is limited to only cards 32GB or smaller.

The card slot is behind a spring-loaded trap door, next to the micro USB input. The card goes in at an odd angle, and it can be a bit finicky to get in and out. It’ll be interesting to see whether we get any reports of the cover door snapping off as more users start using the Session. The door is very lightweight and could easily be snapped off if you’re not careful. Importantly, the door has a white rubber seal mounted on its inside, so if the door breaks off the camera isn’t going to be waterproof anymore. That seems like a potential weak link.

In its standard configuration, the Session doesn’t come with a memory card, although some retailers offer bundles with a memory card. Because the Session doesn’t have the high-end video modes of the Silver and Black, it’s not as demanding of a fast microSD card. So you can get away with less expensive cards so long as they’re class 10. That said, the faster cards will work just as well in the camera (and potentially are a bit quicker for downloading the footage of photos to your computer). GoPro’s own guidance is: “Requires Class 10 or UHS-I microSD card up to 64GB.”

The device has wifi and Bluetooth connectivity, so you can use the GoPro smartphone app or the GoPro Smart Remote to control it.

And because of the pared back on-screen menus and buttons, controlling the camera with the GoPro mobile app is often the easiest option.

In the box you get the Session camera, the usual curved and flat adhesive mounts, a micro USB cable, and two locking screws (one is attached to the camera. There are three mounting buckles. One is the usual one that comes with all the cameras these days (the one holding it up in the box).

The other two are a bit more interesting, and they’re new. The improvements are relatively subtle, but I think they’re very useful. They still work in the same buckle system, but they’ve finally done away with the loose locking nut that was too easy to lose and replaced it with one that’s fused to the buckle. Both also have a new rubber lock that clicks in to prevent the buckle from accidentally coming unclipped. And one of the buckle mounts also has a new ball joint so that you can adjust the angle laterally as well as vertically. It has quite a lot of resistance built-in, so it holds still quite well in use.