GoPros are best known for shooting video, but cameras like the HERO5 Black can produce some fun and unique stills photos too. Here are some real-world examples. 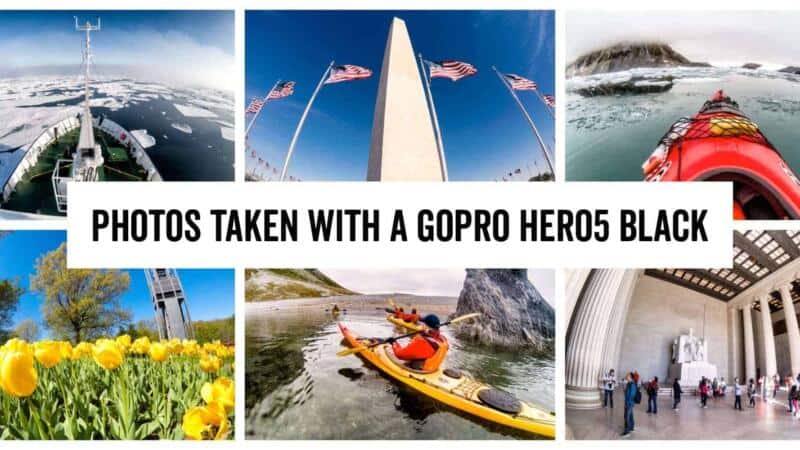 GoPros are best known for shooting video. But they can be surprisingly good at stills photos, too. They don’t do everything the same way that more traditional cameras do, but GoPros offer opportunities for some fun and interesting shots.

Some features of the HERO5 Black really stand out when it comes to taking still photos: the ultra-wide-angle fisheye perspective; auto-everything exposure and fixed-focus; fast burst mode shooting; and, most importantly, their small size and rugged build that lets you take them pretty much anywhere. 1

Some of those features can be viewed as limitations or opportunities, depending on which way you approach it. The fixed ultra-wide-angle lens isn’t a good choice if you’re trying to shoot traditional portraits, but it’s great for a close, immersive view or dramatic perspectives. 2

The limited manual control over exposure does definitely impose limits on what you can shoot, but the automatic settings also mean that there’s a good chance that you’ll get usable photos even from the most action-packed moments.

There are certainly some limitations you have to work with or around. Even with flagship models like the HERO5 Black, the low-light performance isn’t great. And the camera’s short battery life is a constant struggle.

Despite those negatives, cameras like the HERO5 Black can fun cameras to shoot photos with. They’re particularly well suited to action shots, obviously–after all, that’s why they were invented in the first place–but they can also be a fun option for general travel photography or capturing family photos with a difference.

So I thought it worth putting together a collection of photos I’ve taken with the GoPro HERO5 Black to give a sense of what it’s like for everyday shooting.

While 12MP is on the smaller size compared to many other cameras, it’s plenty big enough for sharing photos online and even making enlargement prints. You can shoot RAW with it using GoPro’s proprietary .gpr format (actually, it shoots RAW+JPG), which is what I usually shoot with. The RAW files need processing, but the camera does quite a good job with its in-camera processing to produce good-looking JPGs. I have a separate post that goes into more details on the photo features and specs of the HERO5 Black.

All of these were shot with a HERO5 Black. Most of them were shot in GoPro’s RAW format, .gpr, and processed in Lightroom. Many of them had some boosting of local contrast.

Others were shot in JPG, particularly any that used burst mode (which only works with JPG).