The GoPro HERO5 supports voice commands, so you can control some basic camera functions hands-free. Here’s how it works and the list of available commands. 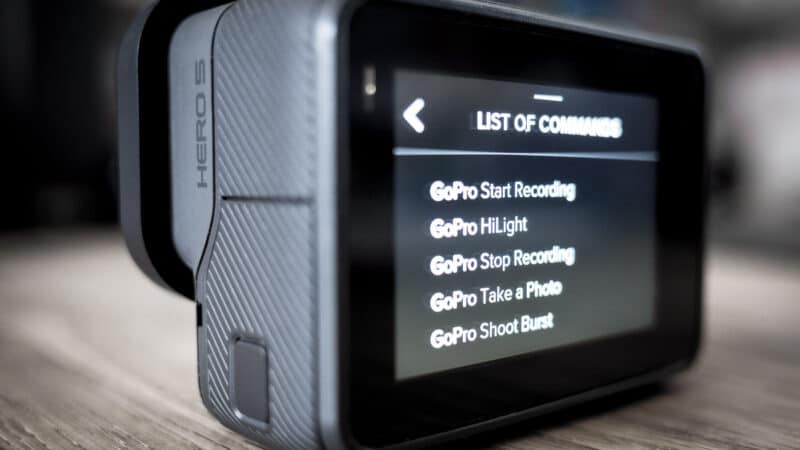 GoPro introduced voice control with the two HERO5 cameras (Black and Session). It allows you to control some of the camera’s basic functions with just your voice, hands-free.

Both models in the HERO5 lineup (Black and Session) have voice controls. The functionality is mostly the same with both cameras, with the same available features and list of voice commands. Since the HERO5 Session doesn’t have a back touchscreen, obviously you can’t use that to change the settings on that camera.

Here’s a rundown on how to use voice commands with the HERO5 cameras.

How to Turn Voice Control On & Off on the HERO5

There are a few methods of enabling and disabling voice control on the HERO5 cameras.

On the HERO5 Black, you can use the shortcut panel on the back screen. It’s the icon at the top right–it looks like a person speaking. You can toggle it on or off by tapping on the icon.

A second way is to use the regular menu system. Go to:

A third is to use the GoPro Quik app. Go to:

The HERO5 Session doesn’t have a back screen, so that method doesn’t apply on this camera. You can still use the GoPro Quik app as well as this camera-specific online menu.

The voice commands on the GoPro HERO5 are divided into a couple of different categories. The Action Commands control capture.

Turning the HERO5 Off with Your Voice

You can also turn the camera off with your voice.

But there is a workaround if you’re using the (now discontinued) Remo remote. You can use the Remo’s Wake on Voice command to wake a HERO5.

While I hope this page is helpful in laying out what voice commands are available on the HERO5 Black, there’s a quicker shortcut reference that’s especially useful if you’re out and about shooting on location.

The list is available directly through the HERO5 Black’s menu system. Just go to:

Every command needs to start with “GoPro . . . “. This alerts the camera to listen to the following command. The only exception is the “This is sick” command to add a HiLight bookmark to the video.

Unlike Siri or Alexa, the HERO5 cameras don’t talk back. And if you’ve turned off the beeps, that can make it hard to know whether it has registered your command. So I often find it useful to enable beeps when using voice control.

The available voice control languages on the HERO5 are: