Is the GoPro HERO5 Waterproof?

Both cameras in the GoPro HERO5 lineup are waterproof without the need for a separate housing. But you can add even more waterproof protection with a protective housing. 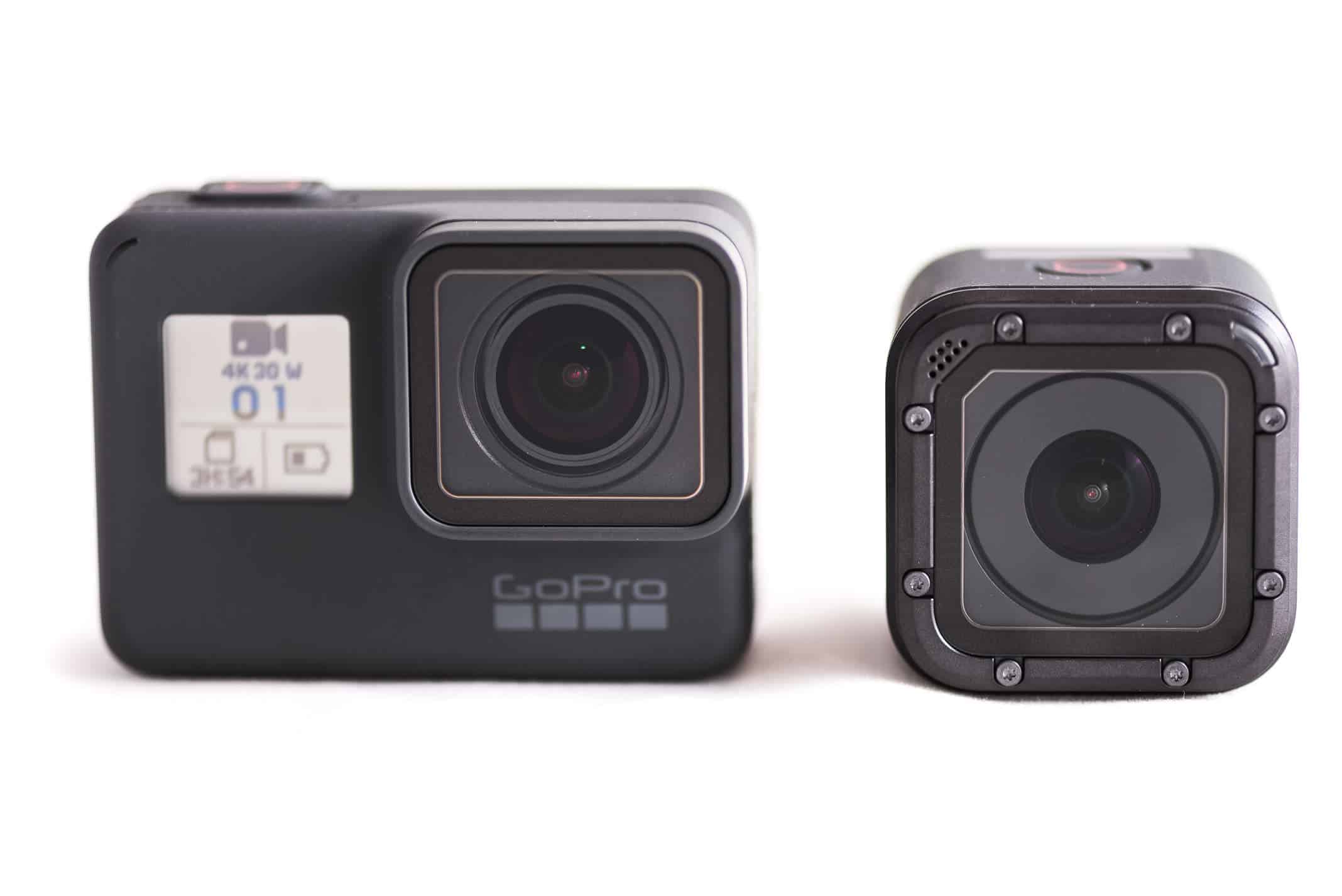 There are two cameras in GoPro’s HERO5 lineup: the Black and the Session.

Both are waterproof without requiring a separate waterproof housing if you’re taking it underwater. They’re rated to a depth of 10 meters / 33 feet.

For even stronger waterproof protection, you can put the cameras in a protective housing (details below).

GoPros have long been designed for use in the water–they were basically invented for filming surfing with a POV perspective. But up to the HERO4, the cameras required a separate external housing to be waterproof.

With the HERO4 Session, GoPro unveiled a new design where the body of the camera was waterproof. So you didn’t need to go to the hassle and inconvenience of putting the camera inside another housing.

How to Make a GoPro HERO5 Even More Waterproof

The GoPro HERO5 Black and HERO5 Session are both rated for full submersion underwater to a depth of 10 meters, or 33 feet.

That’s good for many uses: swimming, surfing, snorkeling, rain, waterfalls, kayaking, paddleboarding, and so on.

But it’s not really enough for most Scuba diving. Even recreational Scuba dives will often comfortably go well below that. And the deeper you go, the greater the pressure and the greater the risk of water forcing itself into the camera’s seals. So if you’re going Scuba diving, it’s a good idea to put the camera in a protective housing.

For the HERO5 Black, you want the protective housing model known as the Super Suit.

It’s compatible with the HERO5, HERO6, and HERO7 Black, and it’s rated to a depth of 196 feet / 60 meters. That’s well below the depth of standard recreational Scuba diving.

For the HERO5 Session, GoPro doesn’t have a currently available official protective housing, but you can find aftermarket housings. 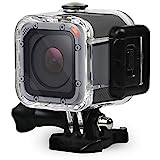 What are now known as protective housings used to be called dive housings. But they’re good for more than just diving.

Another reason that some GoPro users use a protective housing is to add protection out of the water. In situations where bumps and knocks are par for the course–think dirt bike racing or mountain biking–the housing provides extra protection against bumps as well as against mud and grit. And if it sustains a strong knock, it’s much cheaper and simpler to replace the housing than it is to replace the whole camera.

There are tradeoffs to the housing-less design, and for each there’s a reasonable workaround.

For the camera to be waterproof, the side door needs to be fully attached and closed. That means it’s not possible to access the USB port, which can be an issue for running your GoPro HERO5 from external power. There are some options available that can keep the camera water-resistant, but they’re not designed for full submersion underwater.

Neither GPS nor Wifi works underwater. Those are not shortcomings of the HERO5 camera–they’re limitations on the GPS and Wifi signals.

TIP: If you’re buying an accessory from GoPro.com’s store and have a GoPro subscription, be sure to sign into your account to see the special discounted pricing on accessories that’s available.

Is the GoPro HERO5 waterproof?

Yes, both cameras in GoPro’s HERO5 lineup–the Black and the Session–are waterproof without the need for a separate waterproof case or housing. Both cameras are rated for full submersion to a depth of 33 feet / 10 meters. You can add a protective dive housing to each to make it even more waterproof.

Does the GoPro HERO5 need a waterproof case?

Both cameras in GoPro’s HERO5 lineup–the Black and the Session–are waterproof without the need for a separate waterproof case or housing. Both cameras are rated for full submersion to a depth of 33 feet / 10 meters. You can add a protective dive housing to each to make it even more waterproof.

How deep can a GoPro HERO5 go?

The GoPro HERO5 Black and HERO5 Session are both rated for full submersion to a depth of 33 feet / 10 meters without an external waterproof housing.

By adding an external waterproof housing, you can take your GoPro deeper. The official protective housing for the GoPro HERO5 Black, the GoPro Super Suit, is rated to a depth of 196 feet / 60 meters. Aftermarket housings might be rated for different depths.

Images and product information from Amazon PA-API were last updated on 2023-02-04 at 03:28. Product prices and availability are accurate as of the date/time indicated and are subject to change. Any price and availability information displayed on Amazon Site at the time of purchase will apply to the purchase of this product.

Is the GoPro HERO5 Waterproof?