This is a rolling list of questions and answers related to shooting with the GoPro HERO7 Black. 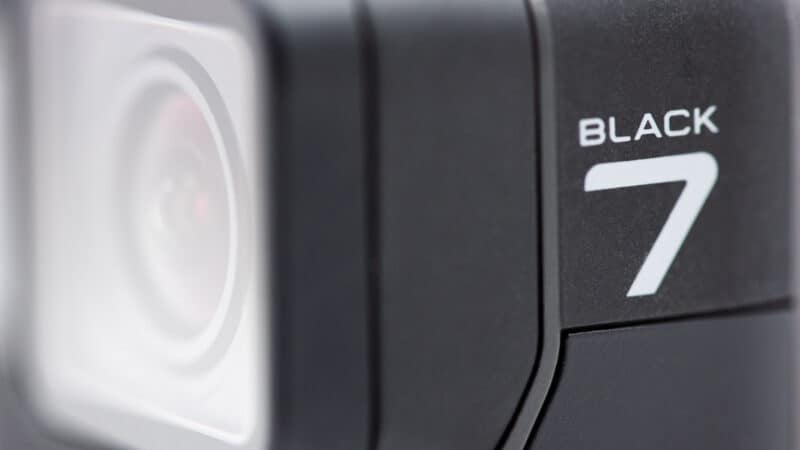 This is an ongoing and growing list of common questions on shooting with the GoPro HERO7 Black.

I hope to update it from time to time as new questions come up. If you have a question not answered here, please ask in the comments below, and I’ll do my best to provide an answer.

Video Features of the HERO7 Black

What is the highest resolution video on the HERO7 Black?

You can find a complete list of the various video modes on the HERO7 Black here.

What is the smallest resolution for video on the HERO7 Black?

What is the video bitrate of the HERO7 Black?

The maximum video bitrate on the HERO7 Black is 78 Mb/s, the same as on the HERO6 Black.

It uses that only with the very highest video modes with Protune turned on. For other combinations of settings it uses lower bitrates. I’ve put together a table that shows which bitrates are used for which video modes; you can find that here.

What type of video files does the HERO7 Black create?

The HERO7 Black has two video formats available. Both create files with a .mp4 file extension.

Both use variable bitrate encoding.

Can you use the GoPro HERO7 Black as a Webcam?

Yes, you can use the HERO7 Black as a webcam for live streaming video through your computer. So you can use it as a camera for Zoom or Skype calls or to record directly to your laptop or desktop.

The HERO7 Black, in combination with the GoPro mobile app, can also be used to livestream wirelessly through some platforms such as Facebook.

Shooting Photos with the HERO7 Black

You can find some example photos taken with a HERO7 Black here.

What size photos does the HERO7 Black take?

What photo formats does the HERO7 Black shoot?

With the HERO7 Black, you can choose from settings to shoot in JPG or RAW. GoPro’s RAW photo format has the file extension .gpr.

Although it’s not quite as clean-cut an either/or choice as it at first seems. That’s because when you choose the RAW option, it automatically saves a JPG version as well. So it’s functionally the same as what would be known as a RAW+JPG setting on other cameras. You can’t turn that off–whenever you choose the RAW shooting option, it will automatically save a JPG simultaneously.

On the HERO7 Black, the RAW photo format isn’t available in all shooting modes–specifically, it’s not available in Burst mode shooting or with the enhanced imaging modes that require in-camera processing, such as HDR.

How do you shoot in Continuous Photo mode with the HERO7 Black?

Continuous Photo mode is similar but slightly different to Burst Mode. Instead of a preset number of photos over a set duration as with Burst Mode, Continuous Photo takes photos in rapid succession while you have the shutter button held down.

Memory Cards for the HERO7 Black

Does the GoPro HERO7 Black Come with a Memory Card?

The standard HERO7 Black doesn’t include a memory card by default, so you’ll need to pick one up separately. But retailers will sometimes bundle the camera with some accessories, such as memory cards. If you buy a HERO7 Black directly from GoPro.com, for example, they throw in a 32GB SanDisk Extreme SD card.

What is the best SD card for the GoPro HERO7 Black?

I’ve tested a number of different microSD cards in the HERO7 Black and found these to be good combinations of compatibility, speed, reliability, and value for money.

There are several other cards that also work well. I have a longer list with more detailed recommendations here.

What is the largest SD card for the GoPro HERO7 Black?

The HERO7 Black uses microSDXC cards. 1 That means long as the card is otherwise fast enough (see above), it will take up to 1TB microSD cards—currently the largest size readily available in these microSD ranges.

Accessories for the HERO7 Black

Do HERO6 Black accessories work on the HERO7 Black?

Yes. They have the same body, ports, and compatibility with accessories.

Can you run a GoPro HERO7 Black with external power without an internal battery?

What type of USB cable does the HERO7 Black use?

Shooting with the HERO7 Black

Is the HERO7 Black waterproof?

For greater depths, you can put it in a dive housing that GoPro calls the Super Suit. It’s rated down to 196 feet (60 meters).

Can you use WiFi underwater on a GoPro?

Does the HERO7 Black have a spot meter?

Yes and no. While it doesn’t have the same spot meter function of some older models, it does have something better: a localized metering option called Exposure Control. The key difference—and improvement—is that you can select which area of the frame to use to calculate the automatic exposure.

This is a built-in feature called chaptering. Long, high-resolution video is saved in smaller individual segments. It accomplishes two things. Firstly, it keeps the individual file sizes under 4GB so as to be broadly compatible with the file systems used on memory cards and computers. Secondly, it acts as a safety mechanism in case something goes wrong while recording. You can find more information on GoPro video chaptering here.

In a word, yes. You’ll notice it especially when shooting video in the high-end modes. The rim around the HERO7 Black’s lens port gets especially hot—it’s used as a heat sink to dissipate internal heat out into the surrounding air—but the memory card and battery can also get quite hot to the touch.

I have more details on the issue of GoPros getting hot here.

Can you replace a scratched or damaged lens port?

Yes, if the glass of your lens port has become scratched or cracked, you can replace it with a new one. I have a guide to removing the lens port cover, and you can find the replacement lens port cover at GoPro.com.

Can you connect multiple GoPro HERO7 Black cameras to the GoPro mobile app?

No. You can only connect one camera to the mobile app at a time. That’s not something specific to the HERO7 Black—it’s true of all GoPros (all the ones that connect to the mobile app in the first place, that is—some older models don’t).

Images and product information from Amazon PA-API were last updated on 2023-02-01 at 13:38. Product prices and availability are accurate as of the date/time indicated and are subject to change. Any price and availability information displayed on Amazon Site at the time of purchase will apply to the purchase of this product.