How to Switch Between NTSC & PAL on the GoPro HERO9 Black

If you need to switch between NTSC and PAL video shooting modes on the HERO9 Black, it’s not quite as obvious how to do that as it could be. Here’s how to do it. 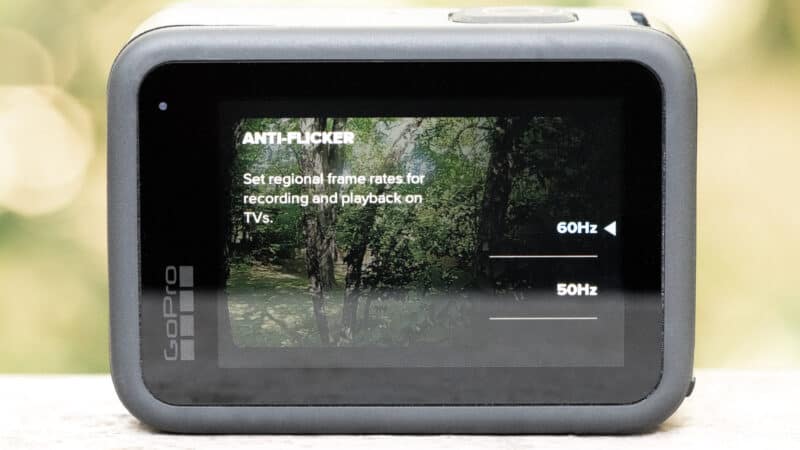 Switching between NTSC and PAL isn’t something that many GoPro users will need to do very often. The reality is that most users will have it set on one or the other and happily shoot away on that all the time without ever changing it. If you’re in the United States, that’s likely to be NTSC. If you live in the UK or Europe, it’s probably PAL.

But maybe you’re traveling and need to shoot for an international audience or playback on a local television. Or maybe you need to match a clip to some previously shot footage at a specific framerate or are collaborating with someone else (mixing and matching can cause problems). So here’s how to switch between NTSC and PAL on the HERO9 Black.

NTSC (National Television Standards Committee) and PAL (Phase Alternating Line) refer to different broadcast formats used in various regions of the world. NTSC is the standard in the Americas and Japan, while PAL is used in the UK, Europe, Australia, the Middle East, and parts of Asia. There are technically others, but NTSC and PAL are the two major ones still used today. 1 For NTSC, the underlying power system for broadcast television is based on 60 hertz. For PAL, it’s 50 hertz. 2 They’re primarily relevant to broadcast signals and are much less relevant if you’re shooting footage that will be shared on the web.

The reason I’m going to the effort of writing this quick guide isn’t that it’s particularly hard to change between NTSC and PAL on the HERO9 Black, but because it’s not as obvious how to do it as it could be. That’s because you won’t find “NTSC” or “PAL” anywhere in the settings or menus, not even in the setting help description.

GoPro has done away with those since the HERO8 Black, now instead referring only to frequency. The menu item is called Anti-Flicker. And it’s not under the regional settings, which is one logical place for it (and where it is on the HERO7 Black, for instance, under Preferences > Regional > Video Format > NTSC or PAL).

To find this setting on the camera, go to:

In the mobile app, go into the camera’s settings by hitting the wrench (spanner) icon at the top right. Then in the first, large batch of settings under the Setup heading, scroll down to Anti-Flicker. You can then toggle between 60Hz (for NTSC) and 50Hz (for PAL).

Images and product information from Amazon PA-API were last updated on 2022-12-07 at 11:48. Product prices and availability are accurate as of the date/time indicated and are subject to change. Any price and availability information displayed on Amazon Site at the time of purchase will apply to the purchase of this product.

How to Switch Between NTSC & PAL on the GoPro HERO9 Black