The GoPro HERO9 supports voice control, so you can control some basic camera functions hands-free. Here’s how it works and the list of available commands. 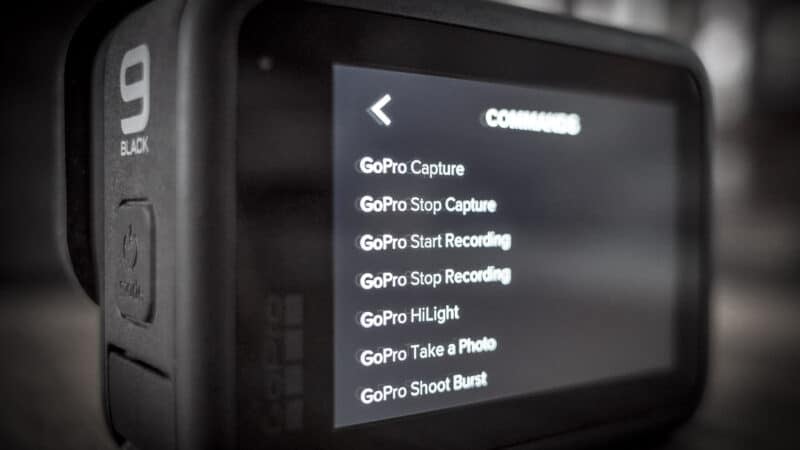 For their latest generations of cameras (since the HERO5), GoPro has included voice control. With that, you can control some basic functions of the camera hands-free.

That can be especially convenient when your hands are busy holding onto something else, or if the camera is just out of reach. From experience, I’ve found that it can be a bit inconsistent and sometimes works better in theory than in practice, but it can still be a convenient feature to have available. Your mileage might vary and will depend on the conditions you’re shooting in. And you have to use very specific commands.

There are three ways to enable and disable voice control on the HERO9 Black.

The voice commands on the GoPro HERO9 Black are divided into a couple of different categories. The Action Commands control capture.

Turning the HERO9 On or Off with Your Voice

With the HERO9, you can also turn the camera on or off with your voice.

It’s also possible to turn the camera on using a feature called Wake on Voice. But first, you need to enable the Wake on Voice feature specifically by going to: 1

It’s important to know that the camera won’t keep listening forever. After you’ve turned it off, it will continue listening for one hour.

While I hope this page is helpful in laying out what voice commands are available on the HERO9 Black, there’s a quicker shortcut reference that’s especially useful if you’re out shooting on location.

The list is available directly through the HERO9’s menu system. Just go to:

Voice commands are the kind of things that GoPro can tweak with firmware. So it’s worth making sure that your camera’s firmware is up to date for the latest list of commands. 2

Unlike Siri or Alexa, the HERO9 doesn’t talk back. And if you’ve turned off the beeps, that can make it hard to know whether it has registered your command. So I often find it useful to enable beeps when using voice control.

The available voice control languages on the HERO9 are: