How to Prevent the GoPro HERO9, HERO8 & HERO7 Cameras from Filming Vertically by Using Landscape Lock

The HERO9, HERO8, and HERO7 cameras have sensors that can detect the rotation of the camera. Here’s how to lock it in place to prevent automatic rotation. 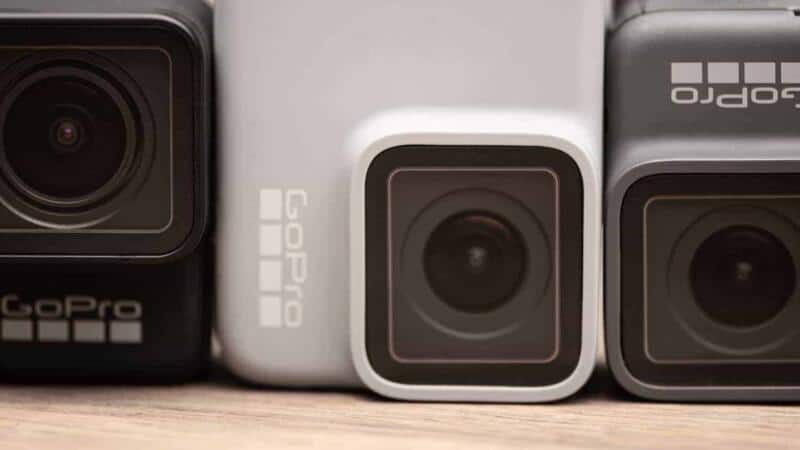 The HERO9, HERO8, and HERO7 cameras have sensors that can detect the rotation of the camera. Using that information, they can then rotate the screens depending on which way up the camera is held. If you put the camera upside down, the screens will also rotate to be upside down. And if you stand it up vertically, it will rotate 90 (or 270) degrees.

On the HERO7 Black, it does it with both the front and back screens. On the Silver and White, which don’t have a front screen, it applies to the back screen only. And it applies not just to the playback but also using the menu system.

By default, that behavior is enabled. And it can be convenient. But there are times it can also be inconvenient. You can end up with footage recorded at a different rotation than what you want. And once you start recording, you can’t change the rotation until you stop the recording. So if you’re bouncing around and the camera detects that it’s now more vertical than horizontal, it can flip into that mode. If you hit record without looking, that vertical rotation will stay locked in until you stop the recording.

Overall, it’s not a major problem, because rotation is pretty easy to fix in post. It’s very easy with still images, and still quite easy with video. Most video editing apps include the ability to rotate footage by 90 or 180 degrees. You can also do it in apps like Youtube (under the Enhancement features). And once you do that you won’t notice any difference–the resolution and framerate all remain the same. But it’s not always convenient to do that, especially if you’re trying to browse through multiple clips. And it adds yet another thing you have to do to fix it.

Something I do find mildly annoying, though, is that the cameras can sometimes be slow to register the orientation. We’re only talking a couple of seconds, but it’s still slower than I’d like.

You can, however, take some control over this. Somewhat counterintuitively, though, you have to lock the orientation rather than enable the auto-rotation feature. And the option isn’t where you might first think to look.

You find the option under Preferences > Touch Display > Landscape Lock.

That’s not the first place I’d think to look. It’s true that the rotation does affect the touch display, but it also affects the playback metadata in the video. And “landscape lock” isn’t necessarily the first thing I’d think of for its name when scrolling through the settings. Something like “auto rotation” or “rotation lock” seem more obvious to me as to what it does, but “landscape lock” is still accurate and, admittedly, even more precise.

On the HERO7 Black there are three options:

On the HERO7 Silver and White, there are two options:

How to Prevent the GoPro HERO9, HERO8 & HERO7 Cameras from Filming Vertically by Using Landscape Lock