If you’ve accidentally deleted videos or photos you’ve taken with your GoPro, here are some good options for trying to recover them from your microSD card. 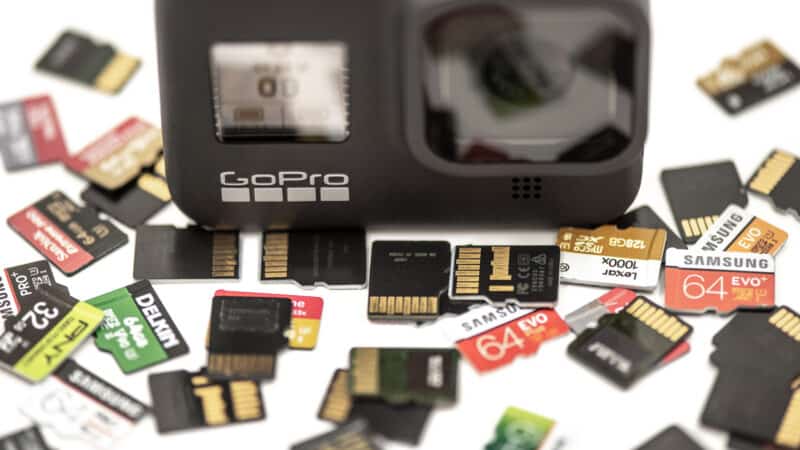 So you’ve accidentally deleted some photos or videos you’ve shot with your GoPro camera? It happens to the best of us from time to time–it’s just one of those occupational hazards of working with digital files.

The good news is that there are reasonable odds that you’ll be able to recover the files without too much fuss. It doesn’t work every time, but it’s definitely worth a try. And it’s something you can easily do without calling in for professional (i.e., expensive) help.

That’s because there are dedicated apps for recovering deleted data from microSD cards and other types of memory cards and hard drives. And because it happens so often, the app developers have made some very user-friendly software options that anyone can use.

I’ve covered some of the best free methods for recovering GoPro videos and photos from your microSD card before.

And there are some highly effective options available. But the free alternatives come with one of two catches:

So I’m widening the net here to include paid options for recovering GoPro videos as well. If you’re willing to pay for a software license, it opens up many more alternatives to recover GoPro videos and photos that you’ve accidentally deleted from your microSD card.

It’s worth mentioning that, as effective as this software is, there’s no guarantee that you’ll be able to recover data from the card. It’s surprising how often you can recover data, but that’s not always true. If the files have been written over, or if there’s some physical damage to the card, or if there’s some other damage that’s causing bad sectors, then it might not be possible to recover the data.

So my general advice is that before you pay a software license for any of these apps that you use the trial version to run a scan on the card. That scan will show you what the software can find and what it should be able to recover. If the data you want is there, you can then decide whether to pay for a license to actually recover the videos and photos.

First, though, it’s worth checking whether you already have a backup version. If you subscribe to the GoPro subscription service (it used to be called GoPro PLUS), one of the main features is that you can backup your GoPro video and photos to the GoPro cloud service.

Some of the newer cameras can be set to automatically upload to the cloud service. But it doesn’t happen by default–you have to enable the option.

But if you have enabled the option, downloading a version from the cloud is going to be by far the simplest way to recover data–much simpler than using the software described below.

I’m focusing here on GoPro videos and photos. And GoPros obviously use microSD cards. But the fundamentals here are the same for both SD and microSD cards. In other words, you don’t need something specialized for microSD cards or specialized for GoPro photos and video. This also means that you’ll have the same software on hand the next time you need to recover data from a memory card, thumb drive, or hard drive.

I’ve covered free data recovery software alternatives in more detail separately, but here’s the short version. The functionality of these is good, but each has a drawback, whether it has a less user-friendly interface or limits on the amount of data you can recover.

The data limits are particularly problematic when it comes to recovering GoPro video files. Of the data-size-limited apps, the highest is 2GB. That’s not going to get you far if you’re trying to recover high-resolution video shot with your GoPro. In those cases, you’ll be better off with non-limited but command-line apps like PhotoRec or Windows File Recovery or a paid app that doesn’t have any data amount limits.

PhotoRec is thorough and powerful and has long been one of my favorite apps for data recovery. There are no limits on how much data you can recover. But it comes with an important qualification: it’s a command-line app that doesn’t have a graphical user interface. If you’re comfortable working with command-line tools, I highly recommend PhotoRec. And if you’re not and find command-line tools intimidating, I’ve put together a detailed guide to using PhotoRec that walks you through the basics.

It’s possible to recover up to 2GB of data with the free version. For more than that, you’ll need to buy a license.

Disk Drill is a full-featured data recovery app that can recover photos and videos along with just about any other kind of file format.

It’s possible to recover up to 500GB of data with the free version. For more than that, you’ll need a licensed version.

There are a lot of data recovery apps on the market. I’ve tried many of them, and these are my favorites.

Stellar Photo Recovery has a user-friendly interface, provides previews from the scan, and works well. And don’t be put off by the name–it also works with video files (and audio, for that matter).

There is, however, one important caveat if you’re hoping to use this app to recover GoPro photos: GoPro’s RAW photo format, .gpr, is currently not among the supported file formats. If you’re not using GoPro RAW images and only saving your photos as JPGs (i.e., GoPro’s standard setting), you’re all set. If you are using GoPro RAW images, you’ll be better off with one of the other options here that doesn’t rely so heavily on filtering by file type.

On the plus side, though, is that Stellar can often repair damaged or corrupted image and video files.

If you decide to buy a license to run the recovery operation, you can get 10% off with the coupon code HCWT10 at checkout. There are versions for Mac and Windows; you can find them here.

Remo Photo Recovery is designed to be more comprehensive than just recovering photos, and it works on hard drives as well as memory cards. There are versions for Mac and Windows.

There’s a free version for Windows that is limited by the amount of data you can recover to 1GB.

I have a detailed review of Remo Recover separately.

If you happen to be using a ProGrade Digital microSD card that came with a license for ProGrade Digital Recovery Pro, this is a good option for getting full-featured recovery without paying another licensing fee.

This is a rebranded version of LC Technology’s PhotoRecovery app.

Steps to Take if You Accidentally Delete GoPro Photos or Videos