Some GoPro models give you the option to choose between high, medium, and low levels of sharpening. Here are some examples to help demystify what these different settings do. 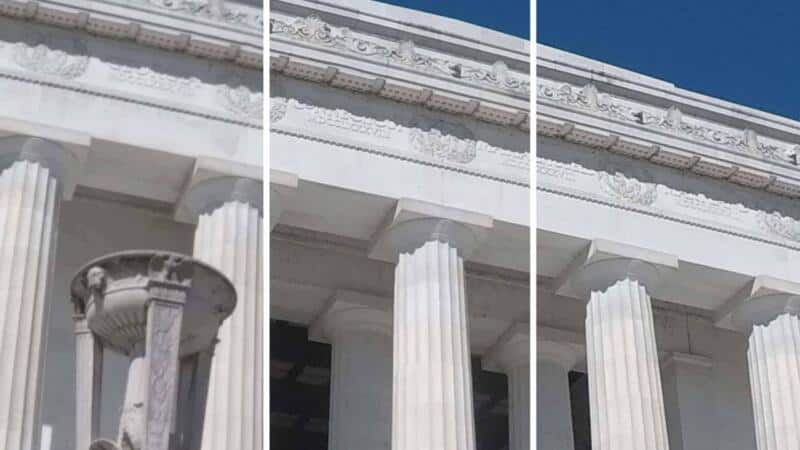 One of the things that makes GoPro shots so good is that they’re sharp. They’re always in focus, and they bring out the small details that helps give it that immersive look. A major reason for that crisp detail is that sharpening is applied automatically to the photos.

Sharpening is different to the optical sharpness that you get from a good quality lens or large sensor. It’s something done after the shot is taken, with software algorithms going to work on the digital image to make edges more defined. It’s also known, counter-intuitively, as an unsharp mask in some software. The result is an image that looks crisper overall.

But it also has a side-effect of creating artifacts around the edge details in the image, especially if applied too aggressively. If it’s used carefully, those artifacts should be minimal, and it shouldn’t detract from the image. But those artifacts are nevertheless present, and they can become more obvious if you do further post-processing on the images. That’s why sharpening is usually recommended as being the last step in your photo processing workflow. 1

By default, GoPros apply reasonably heavy sharpening in the camera before you even see the image. But in some models, you have the option to choose from among three levels of sharpening: high, medium, and low.

Note: This applies specifically to the HERO5 and HERO4 Black and the HERO4 Silver models. The HERO4 Session’s Protune settings apply only to video, not still photos.

Protune is GoPro’s name for a group of settings that provides more fine-tuned control over several aspects of the shooting such as sharpening, color, ISO, etc. With some exceptions, as a general rule of thumb, you probably only want to turn Protune on if you plan to do further processing in post-production. With some of the settings, if you just share the footage or photos without doing any post production they can actually end looking worse than if you’d left Protune off.

If you don’t see a sharpness option under the photo mode settings, make sure you have Protune turned on–the Protune settings are hidden if Protune is off.

Or you can set it in the camera. It’s not under the general Settings part–it’s under the settings specifically for the photo mode:

Photo mode > Protune: ON > Sharpness. The menu icon you’re after looks like this:

When you look at the images in small sizes, you really can’t see any difference. This is a comparison of the full frame, shot at 12MP on a HERO4 Silver. One is using the High setting, with the other the Low setting. If you look very closely, you can see some sharpness difference in the green leaves in the bush at the far left of the frame, but there’s not much in it when viewed at this size. 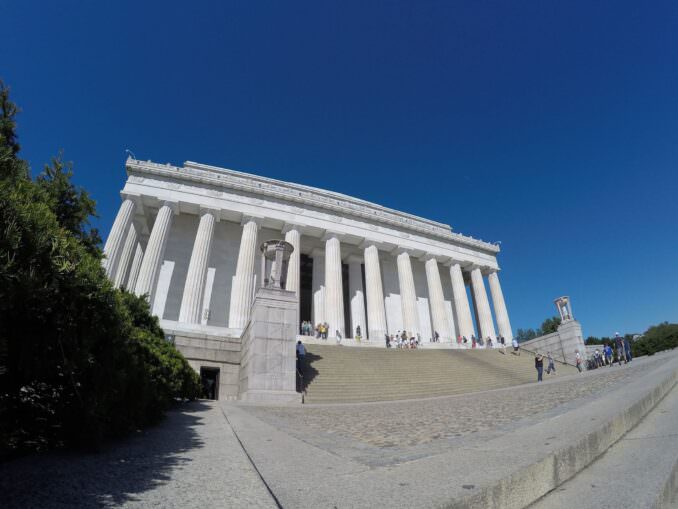 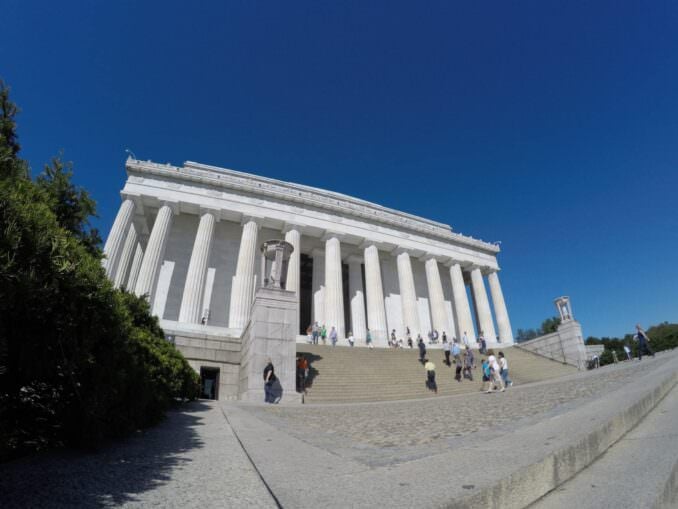 But it’s when you zoom in and look at it larger you can see definite differences in the details.

In this zoomed-in crop of the same image, for example, you can see the differences in the names of the states etched into the top of the memorial. This is a comparison between the high and low settings. 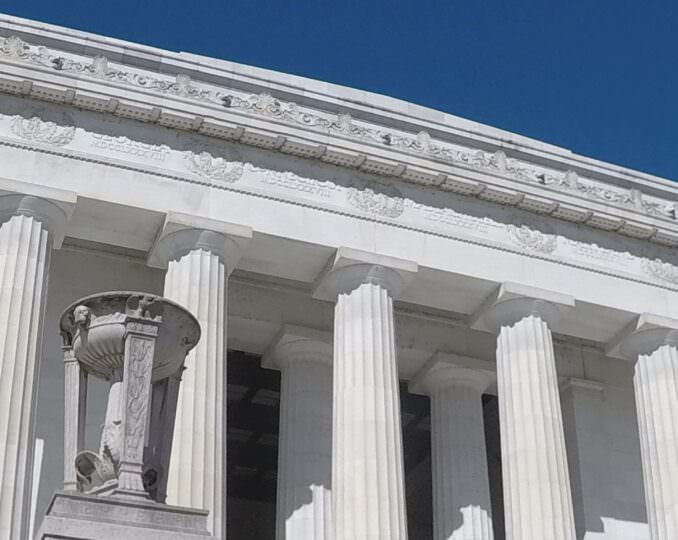 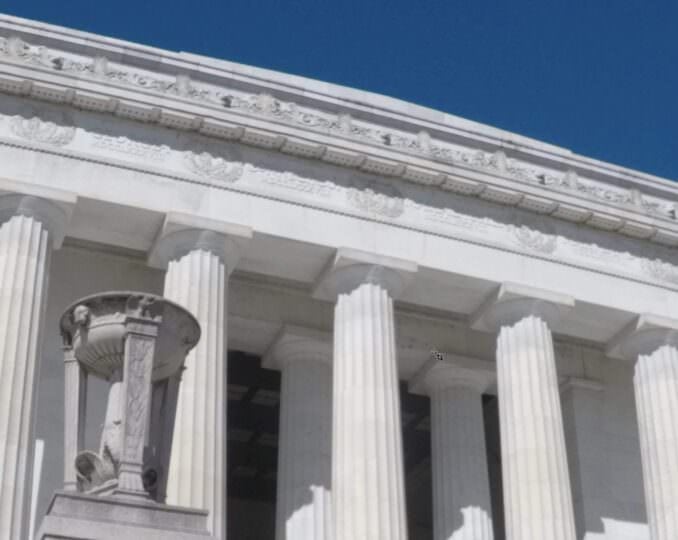 The low setting is actually closer to what the lens and sensor combination naturally resolves before any in-camera processing.

As you’d expect, the medium settings falls somewhere in between. But it’s closer to high than low. This is low vs medium: 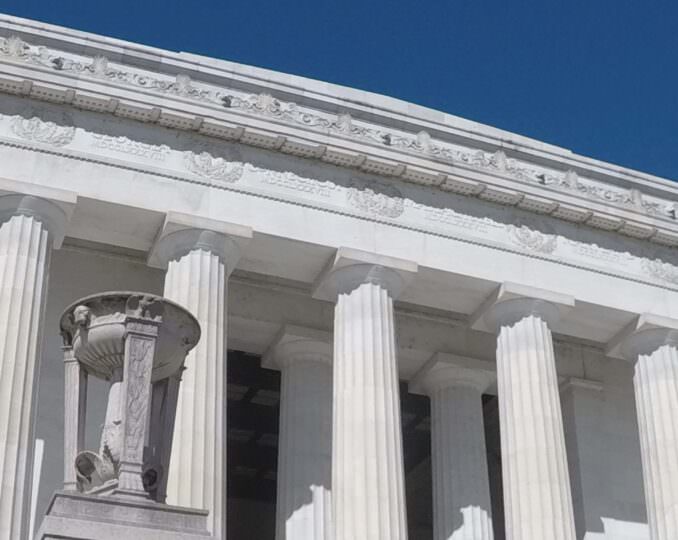 And this is high vs medium:

Here’s an alternative way of looking at it. You can click on the image to open a larger version.

You can also see the differences rather dramatically in the leaves of the bush at the left, along with the vertical columns.

Again, this is high vs low: 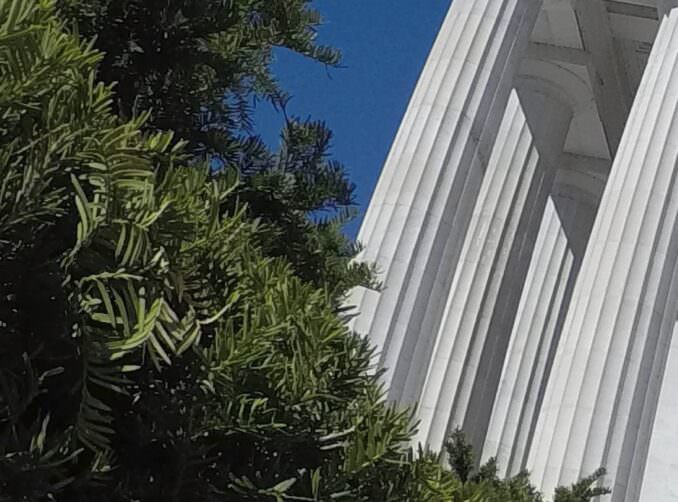 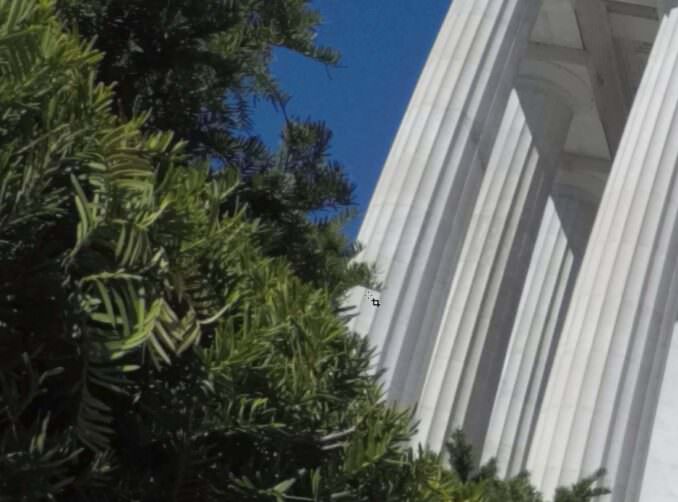 And high vs medium: 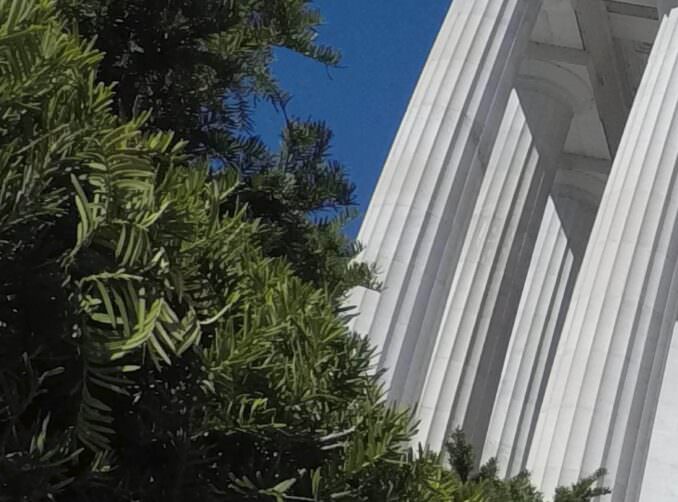 And low vs medium:

The effect is the same on the HERO 5 models. Here’s an example shot with a HERO5 Black.

And then with High vs Low of a zoomed-in portion: 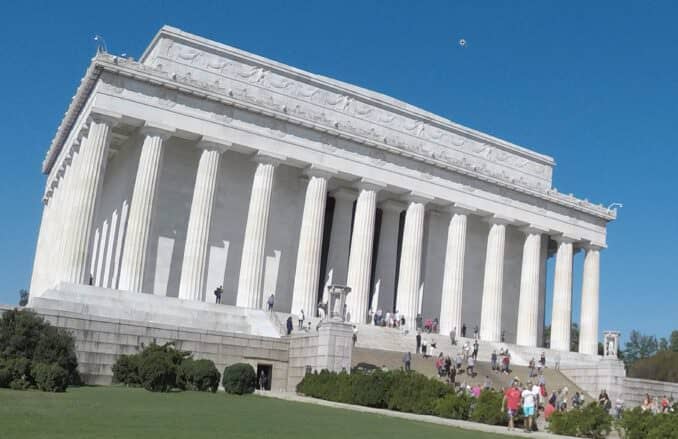 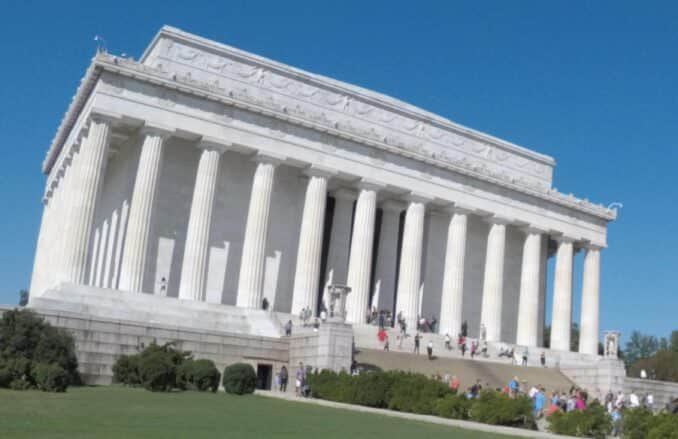 And Low vs Medium: 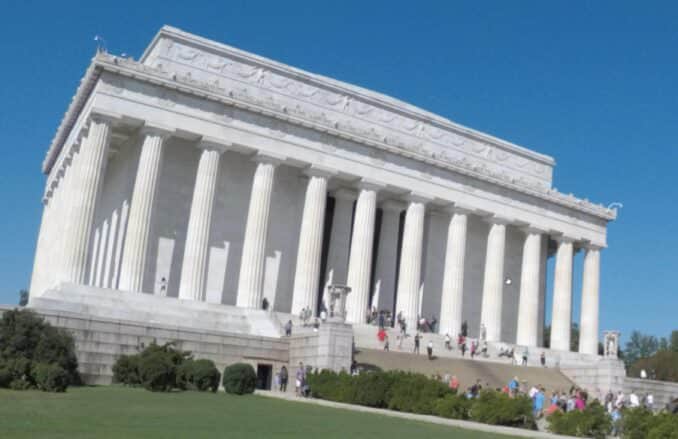 Here’s a different shot with a lot of detail in it: 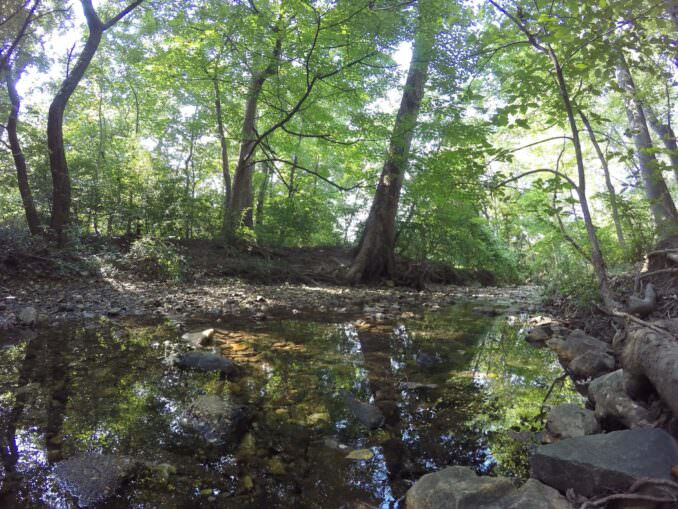 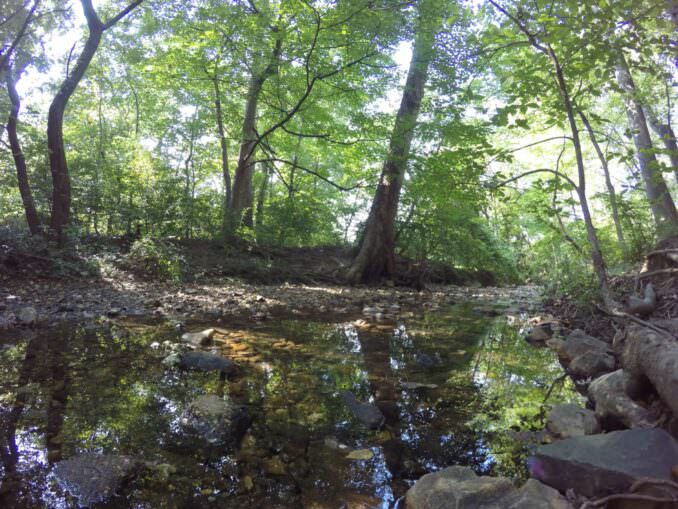 The same shot, zoomed in, with high vs low sharpening: 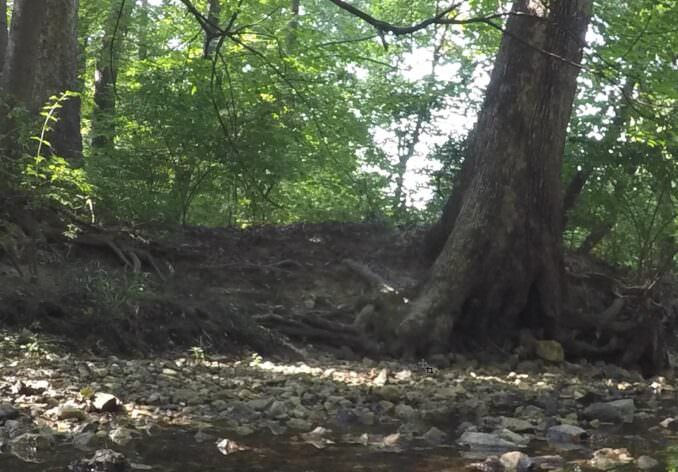 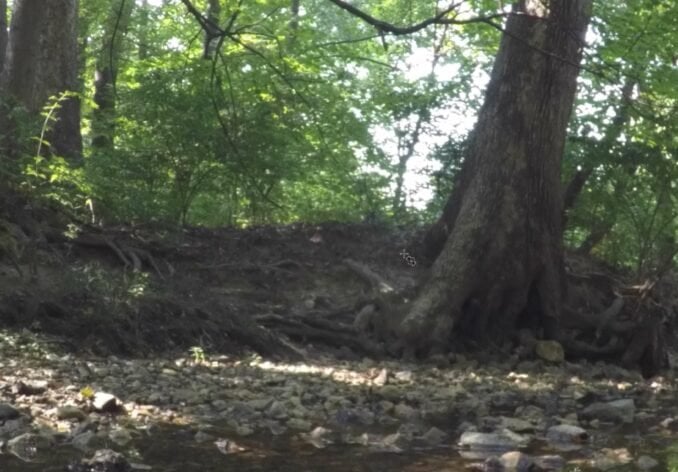 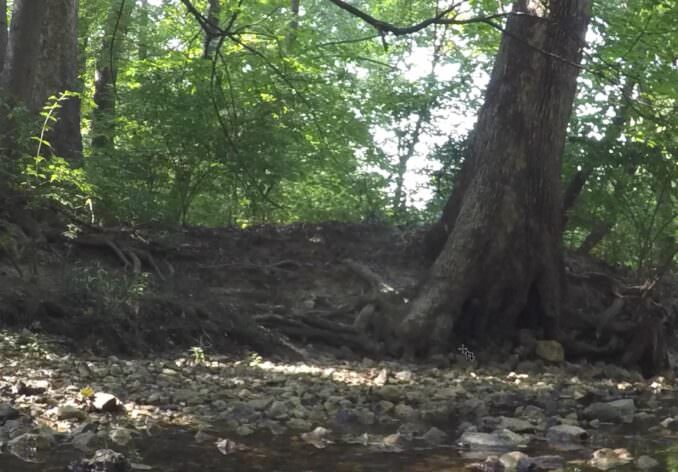 And medium vs high:

Which Sharpness Setting to Use?

Because GoPros don’t offer the option of shooting in RAW format, which would allow you to have full control over things like sharpening, color, and white balance after the fact, it’s worth getting the sharpening right in the camera. You’ll be working with JPG images, and edits made to JPG images are cumulative and don’t offer the same flexibility as RAW images.

So here are some scenarios where one Protune sharpening setting might be a better choice than another when taking photos with your GoPro. The gist is that if you’re not planning to apply sharpening in post-processing, you’ll probably be better off using the high or medium levels.

This is the default setting, and it’s what you’ll get if you have Protune off. For many uses, it’s a perfectly good setting. It’s especially good if you’re going to share your photos as-is with little or no post-processing. You’ll get sharp details and an image that looks crisp overall.

This is a compromise level that’s much closer to High than Low. The reason you’d choose this is just as a compromise. You’ll still get good detail and a pretty crisp image.

With minimal sharpening applied, the images are a bit soft, especially when you zoom in. But this is a good option if you plan on post-processing the images in something like Lightroom or Photoshop and want maximum control. There’s less risk of sharpening artifacts becoming a problem in your edits, and you can finetune the sharpening settings in your image processing software. That lets you apply specific sharpening according to your taste and whether you’re making a print or displaying on-screen at various sizes.

It can also be a good option for high-resolution timelapse captures because it can make the transitions ever-so-slightly smoother between frames. And, again, you can apply sharpening later with your image editing software like GoPro Studio, Final Cut Pro X, or Adobe Premiere.