What the GoPro Spot Meter Does

Wondering what the GoPro spot meter does? Here’s an explanation what it does, how it works, and which GoPros have it. 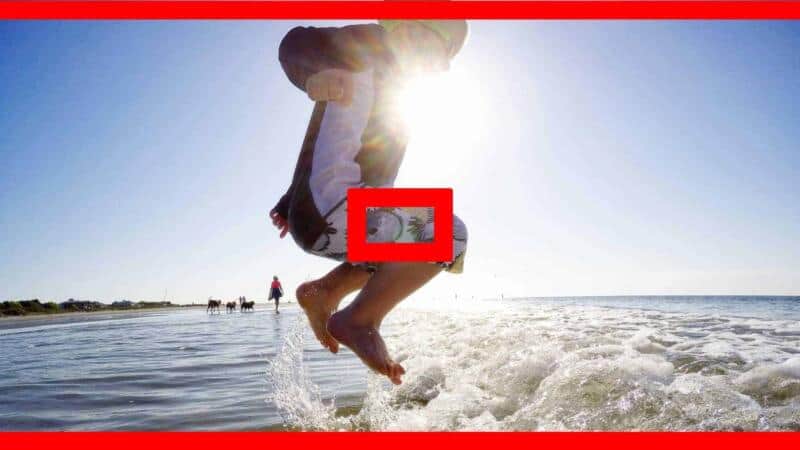 There are different ways that cameras can look at a scene and calculate the automatic exposure settings. The most common method–and usually a better choice for everyday, general shooting–is to base that decision on most or the entire scene. That usually gives pretty good results, but it doesn’t work every time–it really depends on the scene you’re shooting and what effect you’re trying to get.

But another option is known as spot metering. So if you’re wondering what the GoPro spot meter does, here’s a quick explanation.

What is the Spot Meter on a GoPro?

The short version is that the spot meter on GoPro cameras uses a very small area in the center of the frame to calculate the automatic exposure. This is different from the default behavior where the whole frame is used to calculate the exposure.

The spot meter is useful when you have uneven lighting across the frame but want a specific area of the image or video to be exposed correctly.

The spot meter relates to the way in which the camera calculates the automatic exposure.

In the default setting, GoPros look at the entire scene that’s hitting the sensor’s camera and calculates the correct exposure by averaging that entire scene. (Some earlier models use center-weighted average instead, which is similar but puts more emphasis on the middle area of the frame.)

In most shooting situations, that gives good results. It works well most of the time shooting outdoors as well as indoors under fairly even lighting conditions.

But it doesn’t work in every situation. If you’re filming from a dark place looking out–inside a house or car, for example, looking through windows out at a brighter scene (brighter than inside the car)–you can end up with the view out the window being far too bright because it’s overexposed.

You can also get the reverse–underexposed–if you’re shooting from a brighter area out to a darker scene. It can also be useful in conditions like sun on snow because correctly exposing for the snow can cause people’s faces in shadow to become underexposed.

The example photos I’ve used here illustrate that to some extent–by exposing correctly for most of the frame, the person is underexposed. It happens to work here, but that’s not always what you want.

That’s where the spot meter comes in. Instead of calculating the exposure across the whole frame, it uses a small, defined spot in the center of the frame and ignores the rest of the frame. Like this:

So you might want to put a person’s face in the middle of the frame, or the scene out the window.

This is one of those settings that you really only want to turn on when you need it. In most shooting situations the default method is going to work better (ie. spot meter off). You’ll get more reliable results that way. The spot meter is really for when you need very precise control–such as when an interview subject’s face is in shadow, for example–and will give unexpected results in many shooting situations.

Not every GoPro has the spot meter option.

Cameras that don’t have the Spot Meter:

Something worth noting is that if you look in the manual for the cameras since the HERO5 Black, you won’t find any mention of the spot meter in there. What you will find is mention of a more powerful feature called Exposure Control.

Exposure Control is similar in that it calculates the exposure on a small part of the frame, but it’s different in that you can choose where on the frame to use–you’re not limited just to an immovable area in the very center of the frame. So while it’s similar, it’s also more flexible.

The newer models also use that same newer Exposure Control feature in the same way, but they’ve gone back to referring to it as a spot meter (ie. as part of Exposure Control), presumably to avoid confusion. Spot metering, after all, is a standard photography term and a feature that many shooters look for.

6 thoughts on “What the GoPro Spot Meter Does”

What the GoPro Spot Meter Does