Can You Take Pictures with a GoPro? 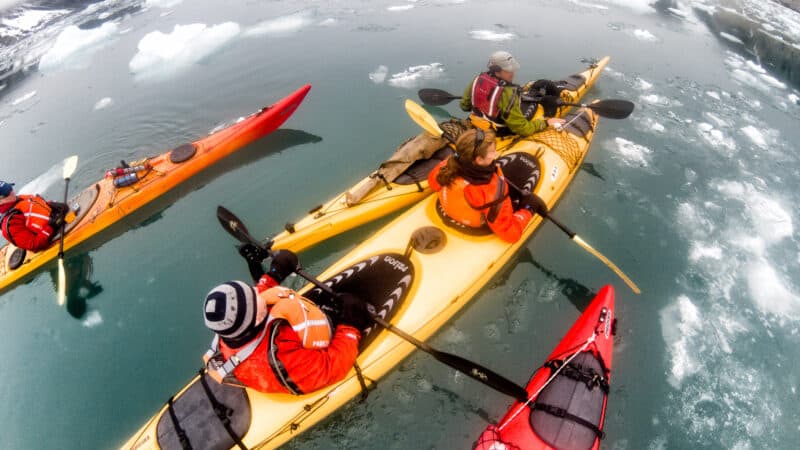 GoPros are best known for video, but I often get asked whether they can take still photos too. The answer is yes, they most certainly can take still photos. They don’t go about things in quite the same way as more traditional cameras, but if you play to their strengths rather than fighting their quirks, they can create some interesting and unique shots. I’ve posted more examples separately.

All GoPros can take still photos as JPGs.

Some of the newest models can shoot RAW as well using GoPro’s own .gpr format.

The RAW format isn’t available in all still photo modes. It’s not available in Burst Mode, for instance, and it’s only available for time lapse photos when the interval is set to 5 seconds or longer.

I have a more detailed post on using GoPro’s RAW format for photos here.

By default, the GoPros have a very wide-angle fisheye perspective. Some of the newer models also include a Linear field of view option which greatly reduces the lens distortion.

Some models also include cropped and smaller modes: Medium and Narrow.

Models since the HERO6 Black have included HDR mode. It shoots a rapid series of images and then automatically chooses the best parts of each in an effort to draw out more detail from shadows and highlights. On newer models, the HDR is both a standalone feature and one included as part of the suite of features known as SuperPhoto.

The HERO5 models have a wide-dynamic range mode (or WDR) that is similar but not quite as aggressive (or as effective).

There are a few different ways to trigger still photos on GoPros.

You can obviously use the shutter button on the top of the camera.

You can use the mobile app.

On many models (but not all), you can use one of the GoPro remote controls. One of them, the Remo remote, also works with voice control.

Since the HERO7 Black, GoPros have included a self-timer (yes, it really took them that long to incorporate this basic feature). For earlier models, you can use a workaround to start the time-lapse photo mode to shoot a continuous sequence of photos and simply stop it when you’re done and delete the shots you don’t want. It’s not particularly elegant, but it works.

All GoPro models have auto exposure. Some of the higher models–the ones with Protune–also include options to control ISO and, on some models, shutter speed. Some of them also have exposure compensation. All of them use a fixed aperture–you can’t adjust that aspect of the exposure.

Some models have a spot meter, while some newer models have an updated and more flexible version called Exposure Control.

Here are some examples of still photo I’ve shot with various GoPro models. If you’re looking to use a GoPro as an everyday photo camera, I’ve written up more details on pros and cons of doing that.

Can You Take Pictures with a GoPro?