How and When to Use a GoPro Super Suit Dive Housing

The GoPro Super Suit adds extra protection and lets you take your GoPro much deeper than the built-in waterproof protection. Here’s when and how to use it. 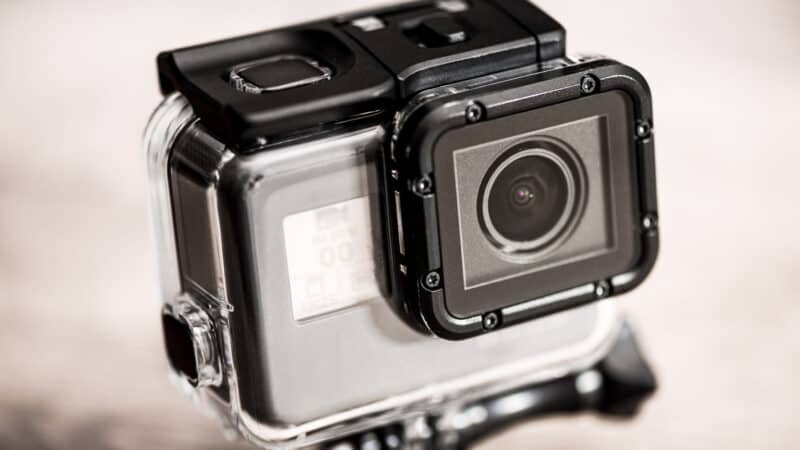 The Super Suit is GoPro’s official waterproof housing for the HERO7 Black, HERO6 Black, HERO5 Black, and HERO (2018). It can withstand much greater depth pressures than the camera body alone and adds an extra layer of protection against bumps and knocks.

UPDATE: For newer models, GoPro has changed the name to Protective Housing. But there’s more than one model under that name, and you need to choose the correct one for the specific camera model.

Here’s a quick rundown of when the Super Suit is useful and how to use it.

Why Use the GoPro Super Suit?

Recent generations of GoPros have been waterproof out of the box without the need for an external housing. Before that–and we’re going back to the HERO4 and earlier models–you needed to put the camera inside a waterproof housing. Starting with the HERO4 Session, and with all of the models since then, the camera body itself has been redesigned to be waterproof.

For many uses, the camera’s built-in protection against the elements is plenty. If you want to take the camera swimming, surfing, snorkeling, kayaking, or just adventuring in damp conditions, there’s no pressing need to add a Super Suit housing into the mix.

But there are three main reasons you might want to put the camera in a Super Suit housing.

The Super Suit is compatible with the HERO7 Black, HERO6 Black, HERO5 Black, and HERO (2018). Those models all share the same body design.

It is not compatible with the other two models in the HERO7 lineup: the Silver and White. GoPro has now released a dedicated housing for those that’s simply called the Protective Housing. It’s conceptually similar, but you don’t have to remove the camera’s lens port to install the camera in the housing (the lens port doesn’t come off on those models). It’s also not rated for quite as deep as the Super Suit; it’s rated to 40 meters (131 feet), which is still more than enough for most recreational Scuba diving.

It’s also not compatible with earlier models of GoPro or the Session series of cube-shaped cameras. For those, you’ll need to pick up a housing that’s specifically designed for those cameras. GoPro used to make them for cameras like the HERO4 Black, but those are harder to find now. I’m not aware of GoPro ever making an official housing for the Session models, but you can find third-party aftermarket versions (just be sure to do your own quality control tests before taking it out for a shoot).

GoPro has released a dedicated protective housing for the new HERO8 Black.

Installation of the Super Suit Housing

There’s a bit of a trick to that, and the first time you do it you might feel as though you’re going to break something.

It’s a two-part method, first with a pull and then a twist. But by design, it doesn’t just pop off easily. I’ve put together a detailed guide separately, which you can find here.

With the lens port removed the camera will now fit snugly into the housing and you can lock the top latch shut securely.

You’ll then need to do decide which of the two types of back door you want to use. Most of the time the answer will be obvious: the solid door that comes already attached. Something to know is that this door isn’t compatible with the camera’s touchscreen. It’s transparent, so you can still see the screen as normal, but touch controls won’t work. So you can’t use the camera’s menu system with the door closed, but it also saves you the weird inputs you sometimes get when water splashes directly onto the touchscreen.

There’s a spare one of these doors included that’s labeled for use with a Floaty, a self-adhesive foam brick that attaches to the back. The door itself is identical to the default one. They provide it because once you attach a Floaty, the adhesive is not designed to be removed. Something to know is that the Floaty will completely cover the back screen, so you won’t be able to see it either.

The Super Suit also a skeleton back door with holes in it. It doesn’t make sense to use that underwater for obvious reasons. Its purpose is primarily for allowing sound to better reach the onboard microphones (although the onboard sound recording isn’t great at the best of times; a much better, but less convenient, option is an external microphone if sound quality is important to what you’re filming). The skeleton door also provides direct access to the back touchscreen.

Switching out the doors is pretty straightforward. They just snap on and off at the hinge. Open the door slightly and pull it off in the direction of the gap in the hinge slots.

If you want to minimize the risk of fogging in the housing, try to install the camera in dry air. I try to do this in an air-conditioned hotel room or ship’s berth when practical. If you get much humid air trapped inside the housing, it can fog when you subject the camera to temperature changes such as when you dive down into cooler water.

You can also use anti-fogging inserts that slot in between the camera and the housing. They’re just silica pouches, but their slim design lets them fit in the limited space that’s left in the housing. 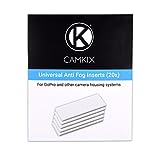 Shooting With the Super Suit

There’s no special trick to shooting with the Super Suit housing on. The mechanical spring buttons will be spongier than you’re used to. And if you’re using sound feedback, it will be more muffled.

Other than that, you can just shoot as normal. The housing is designed in such a way that it doesn’t add any lens vignetting, and while adding extra layers of glass inevitably does impact image quality in a technical sense, the housing uses good quality glass over the lens, so that’s more of a theoretical than practical concern. And the flat lens means that it will work both above and below the water.

At $49.99, the SuperSuit isn’t exorbitantly priced. But you also have a couple of alternatives available. One is to sign up for the paid subscription GoPro PLUS plan ($4.99/month) that gives you 50 percent off many GoPro accessories (among other useful benefits), the Super Suit included.

Another option is to go with a housing made by a third-party aftermarket brand. They can often be priced lower, but quality control can also vary widely. So it’s a good idea to do your own waterproof test without the camera before you use it with the camera (well, that’s good practice regardless of which housing you use, for that matter). Putting a tissue in the housing, sealing it up, and submerging it is a good way to quickly spot any leaks–they show up well on the tissue.

How and When to Use a GoPro Super Suit Dive Housing