Not every memory card will work or work well in a GoPro HERO (2014 model). Here are some recommendations for ones that will. 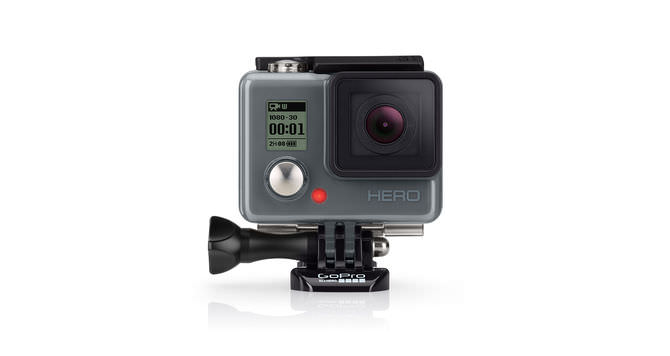 Please note that there are now two cameras with the model name GoPro HERO. This post refers to the first one, released in 2014. In early 2018, they released a new camera also named the GoPro HERO. With the old model, you can’t use a memory card larger than 32GB. The new model does not have that limitation. I have a separate post on the best SD cards for the GoPro HERO (2018) here.

The GoPro HERO works with a wide variety of microSD cards that are on the market today, but there are still things you need to watch out for when buying one. And not every card is good value for use in a HERO; you don’t necessarily need to fork out the big bucks for the latest, greatest, and fastest memory card out there because once you meet the HERO’s minimum write speed requirements you’re not going to get any benefit in the camera.

The short version is that the GoPro HERO will work with memory cards up to 32GB with a minimum speed rating of Class 10.

If you’re looking to buy a new card for your GoPro HERO (2014), these offer good value combinations of speed, reliability, and cost-effectiveness. It’s by no means an exhaustive list of all microSD cards that are compatible with this camera.

In general, it’s best to go with a brand name and to purchase from a reputable retailer to avoid getting stuck with an underperforming counterfeit card.

SanDisk 32GB Ultra microSDHC UHS-I Memory Card with Adapter - 98MB/s, C10,...
Check Price on Amazon
The SanDisk Ultra line is one of the most popular of the Class 10 cards. While its write speed is not fast enough for the high-end video modes available on the HERO4 cameras, it is fast enough for use in a HERO. The card is available in 32GB and 16GB. One thing to watch out for is that SanDisk has had some confusing branding changes recently, and there are two versions of the Ultra available. The newer, faster, and better one is red and gray as in the picture here. The older version is entirely dark gray. The newer version comes with an SD adapter (the older version usually doesn’t). 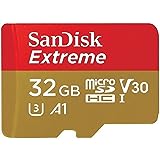 SanDisk 32GB Extreme microSDHC UHS-I Memory Card with Adapter - C10, U3,...
Check Price on Amazon
The SanDisk Extreme is faster than the HERO needs, but it presents excellent value because of the way memory card flash memory technology keeps improving and prices falling. It comes with an SD adapter.

Lexar High-Performance MicroSDHC 300x 32GB UHS-I/U1 w/Adapter Flash Memory...
Check Price on Amazon
Lexar is another big player in the memory card game and makes excellent cards. This model meets the speed requirements of the HERO and is significantly less expensive than the faster offerings by Lexar. It comes with a USB adapter.

SAMSUNG (MB-ME32GA/AM) 32GB 95MB/s (U1) microSDHC EVO Select Memory Card...
Check Price on Amazon
This is Samsung’s mid-range offering and works well in the GoPro HERO. It comes with an SD adapter. 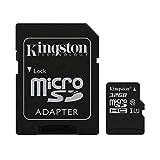 Kingston Canvas Select 32GB MicroSDHC Class 10 MicroSD Memory Card UHS-I...
Check Price on Amazon
Kingston is not as well known as SanDisk or Lexar, but they make good memory cards that are often excellent value. It comes with an SD adapter.

Transcend 32GB microSDHC Class10 Uhs-1 Memory Card with Adapter 60 MB/S...
Check Price on Amazon
Transcend is another company that often flies beneath the radar and yet makes very good flash memory cards. This is their mid-range card that meets the speed requirements of the GoPro HERO and presents excellent value. It comes with an SD adapter.

Not Recommended for the GoPro HERO (2014)

Images and product information from Amazon PA-API were last updated on 2022-07-02 at 11:48. Product prices and availability are accurate as of the date/time indicated and are subject to change. Any price and availability information displayed on Amazon Site at the time of purchase will apply to the purchase of this product.