Nikon has launched a new action cam, the KeyMission 170. Here’s how it stacks up against the new GoPro HERO5 Black. 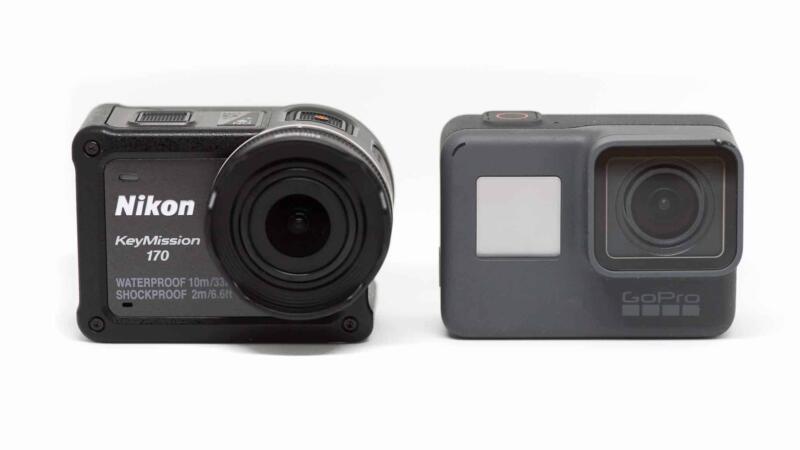 Nikon’s foray into the action camera market didn’t last long and was decidedly disappointing on several fronts. The KeyMission 170 was quickly discontinued. I’m leaving this review up for reference.

I’ve been looking forward to these for some time. As a long-time Nikon user, I’ve hoped for good things. We’ve had to wait, though, because their release was repeatedly delayed. But they’re now out, and I’ve had a chance to put it through its paces and see how it compares with the GoPro HERO5 Black (editorial note: this was the flagship GoPro model at the time of the KeyMission 170’s release).

They’re both 4K cameras, are similar sizes, have LCD screens on the back, and let you shoot photos and time-lapse as well as video. And they both have companion mobile apps for remote control. But when you dive down below the surface, there are quite a few differences.

Both cameras take still photos, of course, but their real bread and butter is video. They both create 4K30 video, and under good lighting, at least, the video quality is very good. Here’s an example from a fixed position: 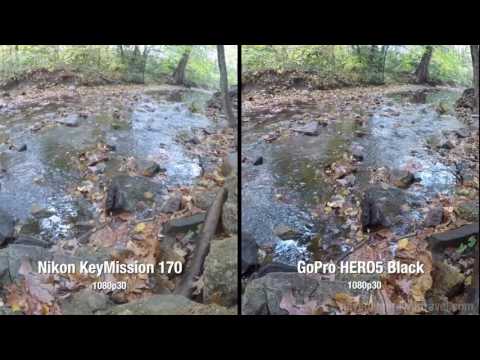 These are with the GoPro’s default settings, with Protune options disabled. By default, the GoPro’s footage is sharper and has more contrast, although both of those aspects can be changed with Protune settings.

The Nikon doesn’t really have any equivalent to the Protune settings aside from exposure compensation and white balance.

Both record with a maximum video bitrate of 60 Mpbs in their highest modes, so the level of compression is very similar. It also means they have basically the memory card requirements.

Pro Settings. GoPro also has their Protune options, which open up more controls over things like sharpening, color grading and white balance, ISO limits, and RAW audio settings. The KeyMission 170 has exposure compensation and some white balance options, but that’s about it.

Fields of View. The GoPro has four different perspectives, from an ultra wide view to a narrow view. Which FOVs are available depend on the specific framerate and resolution settings you’re using.

The Keymission 170 has one FOV: a standard wide view that is, well, 170° (a bit less when the stabilization option is used).

Stabilization. In this area, I’ve found the KeyMission 170 to have the edge. Neither is by any means perfect, and the in-camera software approach is simply not as a good as an external gyro stabilizer can accomplish, but the Nikon’s algorithm is applied a bit more aggressively and therefore results in smoother footage (though, as you can see, not without some major bumps). Both have some of the tell-tale jello effects, though. Here’s an example with the cameras sharing a mount on a bicycle: 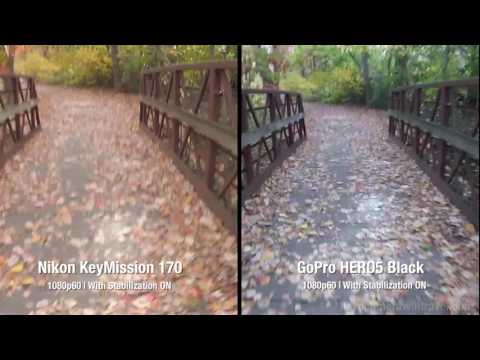 White Balance. You’ll also notice in that clip that the default white balance is a lot warmer (more yellow and orange) with the KeyMission 170 than with the HERO5 Black. Part of that is that because GoPros have always favored an automatic white balance that’s cool, although that’s been improved somewhat in the latest model and isn’t as strong as it used to be. Both cameras offer the option of manually overriding the white balance. The GoPro offers a lot more control, with more available settings.

Low-Light Video. I found the Nikon’s low-light video performance to be quite underwhelming. There’s a lot of room to improve for the GoPro too, but I do find it better than the Nikon in this.

TimeLapse Video. Both cameras can make timelapse videos, compiling the individual shots in the camera to produce an mp4 movie file. Overall, their options are very similar, but the GoPro has some extra intervals, including 0.5 seconds and 60 seconds, neither of which the Nikon has. Both have a night timelapse setting that keeps the shutter open for longer to let me light in.

In-Camera Video Editing. The Nikon has some basic video editing functions that you can do on the camera itself. And when I say basic, it’s really just trimming and saving the trimmed extract as a new view file.

The photo quality of both is pretty good. The HERO5 Black’s photos are larger–12 MP, or 4000 x 3000 pixels–compared to the 8.3MP, or 3840 x 2160 pixels. They’re also very different shapes, with the GoPro’s a standard 4:3 photo aspect ratio, whereas the Nikon’s still photos use a more rectangular 16:9 aspect ratio that’s more familiar for videos than photos. 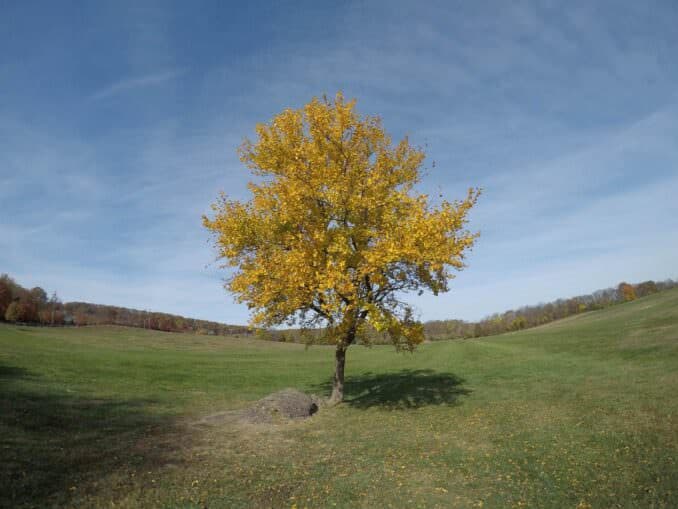 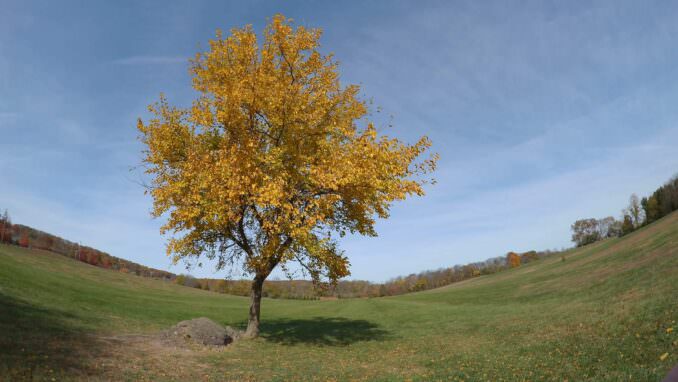 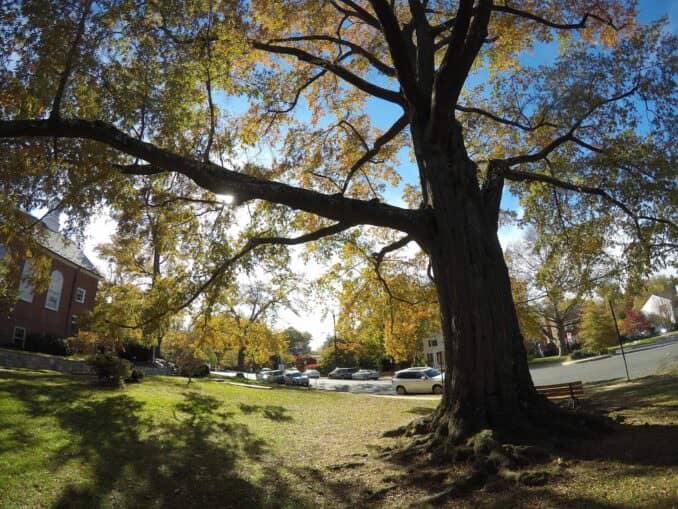 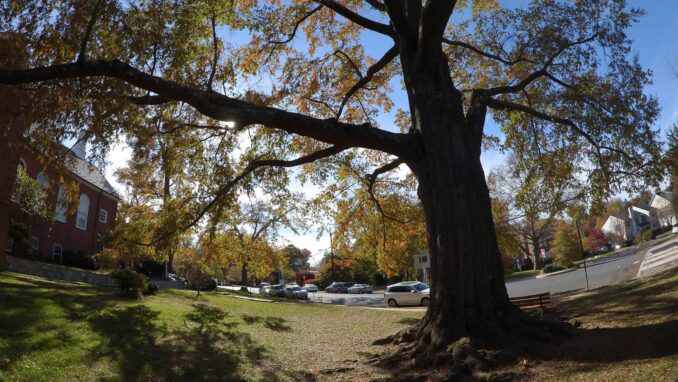 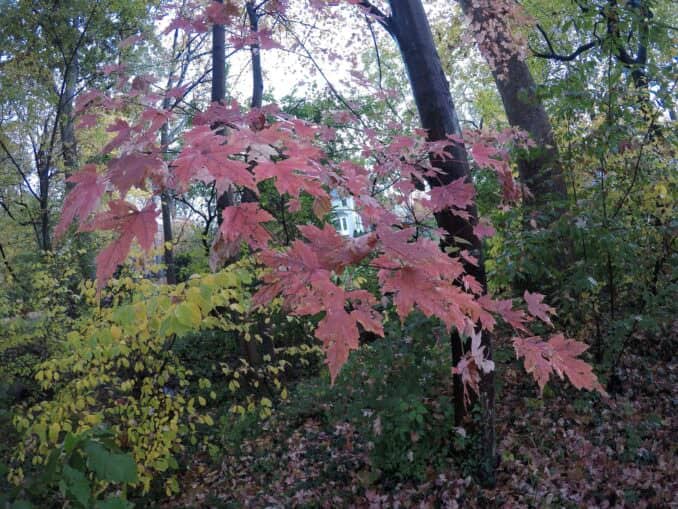 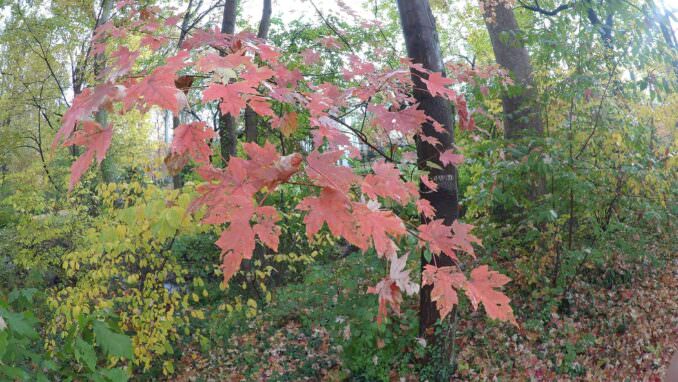 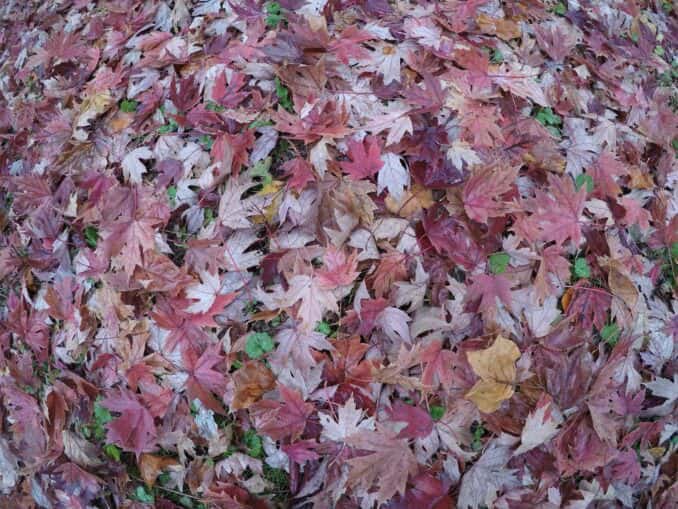 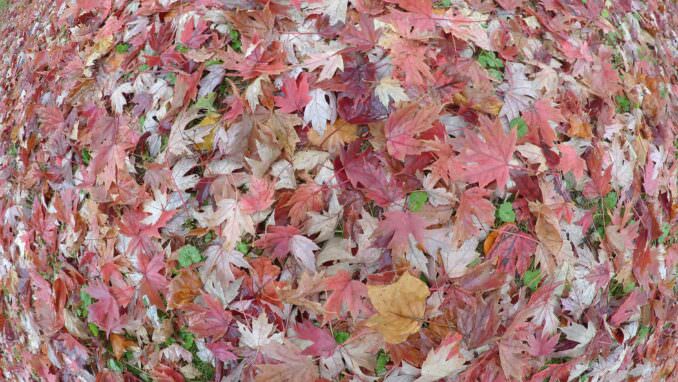 These images also illustrate the difference in white balance. GoPro’s have always tended to favor cooler (bluer) white balance, whereas the Nikon’s is more natural.

The battery life of GoPros is something I’ve complained about many times, but on this score, the new HERO5 Black beats the KeyMission 170 handily.

The rechargeable lithium-ion battery in the KeyMission 170 powers about 60 minutes of video shooting. That is significantly less than the GoPro’s–depending on the settings you use you can get up to about 2 hours.

Both of these cameras are quite similar in size and weight, although the Nikon is a bit larger.

One of the things I like about the KeyMission 170 is that it has two shutter buttons, one for video and one for still photos. I regularly use both video and photo modes, and it’s just one less step of menu fiddling.

The GoPro has just the one shutter button, and switching between photo and video modes involves using the menus (or voice commands, if you have that feature enabled).

Both have an LCD screen on the back that’s used for menus, playback, and as a live-view viewfinder. The one on the GoPro is larger, brighter, and sharper. The Nikon’s is basically like the one on an old flip-phone, whereas the one on the HERO5 Black has the sharpness and brightness we’ve come to expect thanks to modern smartphones.

The back screen on the GoPro is also a touchscreen. The Nikon’s isn’t. And the GoPro has a smaller menu screen on the front that can be used for showing status and navigating menus without using the extra battery power of the larger LCD.

So which is better? Which should you buy?

I’m a long-time Nikon user, having used them as my primary cameras for over 25 years. And I was very much looking forward to Nikon’s entry into the action cam market. But the KeyMission 170 feels to me to be both half-baked and missing the mark. Basically, it feels like it’s at least a generation behind. The image and video quality is good and very similar to that of the GoPro HERO5 Black. But on things like the LCD screen, video modes, and menus, the GoPro wins comfortably. The universe of GoPro accessories is much larger.

And then there’s Nikon’s SnapBridge software, which is very buggy to an inexcusable degree. GoPro’s expanding range of mobile apps certainly aren’t perfect, but I’ve found them to work much better than the SnapBridge app. That, thankfully, though, is something that Nikon can continue improving incrementally.

The Nikon does come standard with a good remote, which is a plus but not really a compelling selling point. It also has the edge in the built-in stabilization.

Both the HERO5 Black and the Nikon KeyMission 170 have the same suggested retailed price of $399. And that’s really where the problem is. Dollar for dollar, the GoPro is a much better camera; it does nearly everything the Nikon does and quite a lot more besides.

Purely on features, a better comparison is between GoPro’s entry-level HERO Session and the KeyMission 170. They’re not exactly the same–the Nikon has things like higher resolution/framerate video combinations, a removable battery, and built-in video stabilization, but in many ways, it’s a closer comparison than putting it against the HERO5 Black. But here’s the problem: GoPro has priced the HERO Session $199, half the price of the KeyMission 170.