With a recent firmware update, GoPro killed compatibility with third-party batteries. Wasabi Power are out with a new version of their battery that fixes that and promises to be compatible with all future GoPro firmware updates. 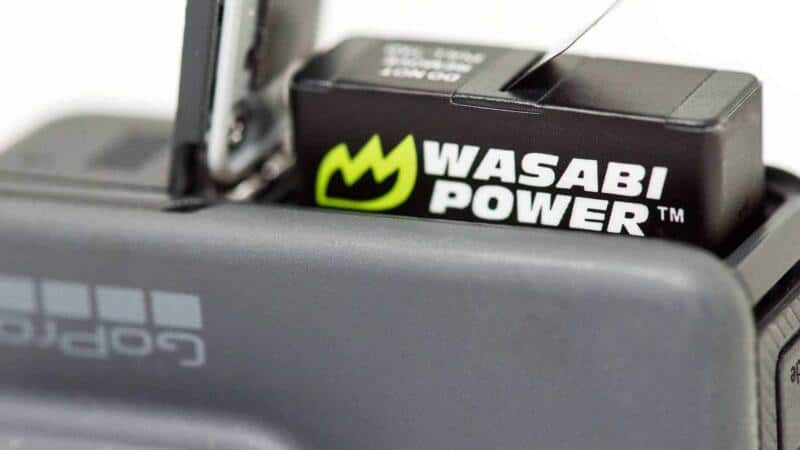 The battery life of GoPro cameras isn’t what you’d call great. If you’re really lucky, with the right settings and right conditions, you might get close to two hours of filming. If you’re only regular lucky, it’s more likely closer to an hour. So having some spare batteries on hand certainly comes in useful.

The reason for that is that in November 2016, GoPro released firmware update v.01.55 for the HERO5 Black. It included a little surprise that wasn’t mentioned in the release notes: after-market batteries from third-party manufacturers would no longer work in the HERO5 Black. The camera now ran a check on the battery and simply wouldn’t power up if it didn’t find an authorized, GoPro-branded one. So if you had third-party batteries from companies like Wasabi Power or Smatree and wanted to use the latest GoPro firmware, those batteries were now useless.

You could, of course, buy GoPro’s own branded batteries–there was no interruption with them. And that’s exactly what GoPro hoped everyone would do.

The appeal of third-party options, though, comes down to price–they’re often significantly less expensive than the ones with GoPro’s logo.

Wasabi Power is one of the larger aftermarket battery brands that’s readily available in the US. I’ve used many of their batteries in different cameras and devices over the years and found them to work well.

In February 2017, Wasabi Power came out with a new version of their batteries (model number BTR-HERO5-JWP-03) that included a new chip. They claim—even explicitly “guarantee”—that these new versions of the batteries will continue to work “with all future firmware updates” that GoPro puts out for the HERO5 Black.

I picked up some as soon as they became available and have been testing them out. 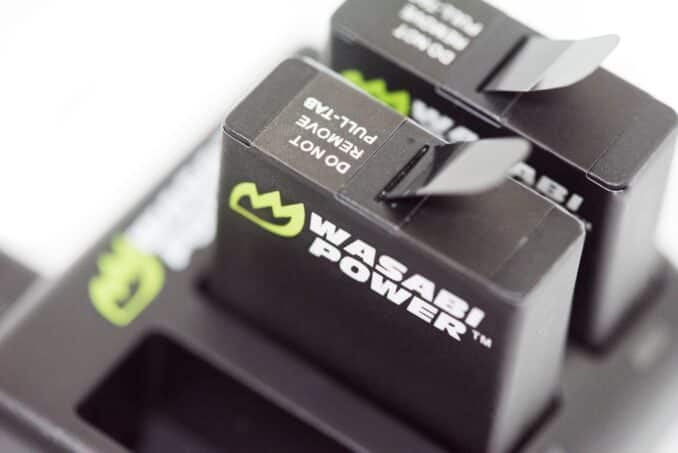 In my experience, they work well. I’ve run into no issues using them in a HERO5 Black with firmware versions v.01.57 or v.01.55. I’ve tested the capacity by running them side-by-side with original GoPro-branded batteries and found them to have essentially identical battery life (seconds difference over the course of over 90 minutes of recording). They charge in GoPro’s original dual-dock charger. GoPro’s batteries charge normally in the Wasabi triple-dock charger. And they’re priced very attractively. 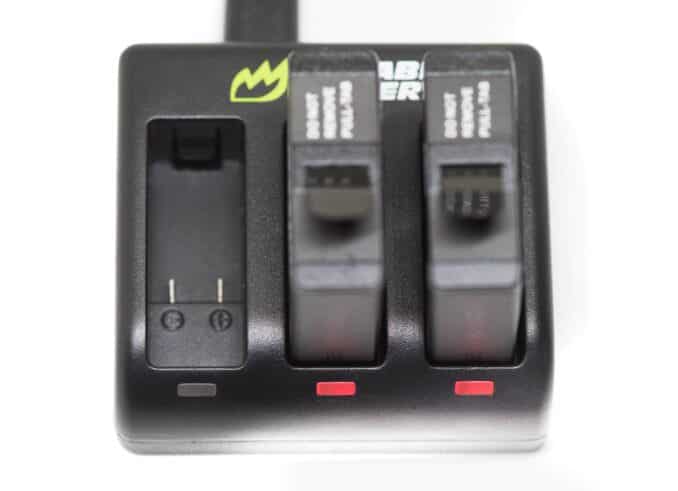 Will They Continue to Work with Future GoPro Firmware Updates?

At this time, however, we are unable to 100% guarantee that new batteries will continue to work with future firmware updates.

But that appears to have been posted before the new compatible versions came out, so it’s possible they’re now more confident.

GoPro has an official verified compatibility program known as “Works with GoPro.” I’ve not seen any indication that the Wasabi batteries are part of that program. So it’s not clear to me what kind of arrangement they might have (or not have, as the case may be) with GoPro and on what basis they can promise future compatibility and that GoPro won’t break that compatibility again. But one assumes that a reputable company like Wasabi Power wouldn’t throw around words like “guarantee” without a strong basis.

Either way, I have no way to independently confirm these claims of future compatibility. The saving grace, of course, is that they’re not particularly expensive. 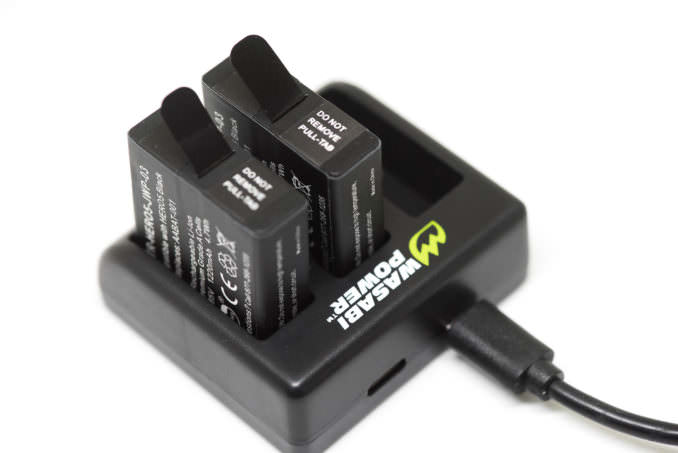 Model Number and Where to Buy

If you’re looking to pick some up, make sure you’re getting the revised versions of the batteries. The model number should be BTR-HERO5-JWP-03. The key number is the “03” at the end for version 3. Earlier models of the battery still won’t work with the GoPro firmware after v.01.50. 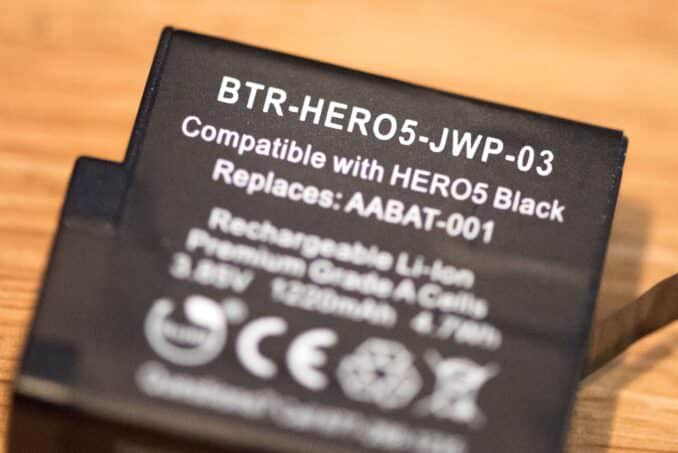 Other brands, like this one and this one, are also starting to release their own branded batteries that also promise ongoing compatibility with future updates.

At the time of writing, Smatree, another third-party battery brand I’ve had very good experiences with in the past, hasn’t yet released a new version of their batteries for the HERO5 Black. So for now, I’ve only tried the Wasabi ones.

They come in various packs, from individual batteries to multi-packs to packs with multi-slot charger docks.

What About the HERO8 and HERO9/10 Black?

The HERO8 Black introduced a new model battery. It’s the same size and power rating as the earlier battery, but it’s designed for the more intensive power demands of the HERO8 Black’s in-camera processing. It also supports the HERO8 Black’s new battery health check, something that isn’t compatible with aftermarket batteries. I have a more detailed post on HERO8 Black batteries here.

The HERO9 Black and HERO10 Black use a larger battery; larger in terms of both power rating as well physical dimensions. I have a more detailed post on HERO9 Black batteries here. The HERO10 uses the same battery as standard, but they’re also releasing a new high-performance Enduro battery that promises longer battery life. It’s compatible with the HERO10 and HERO9 cameras.