Wasabi Power Extended Battery for the GoPro HER07, HERO6, and HERO5 Black | Review

Wasabi Power has come out with a new extended battery for the GoPro HERO5 Black that they claim gives you up to 4 hours of recording time. I’ve been putting it to the test. 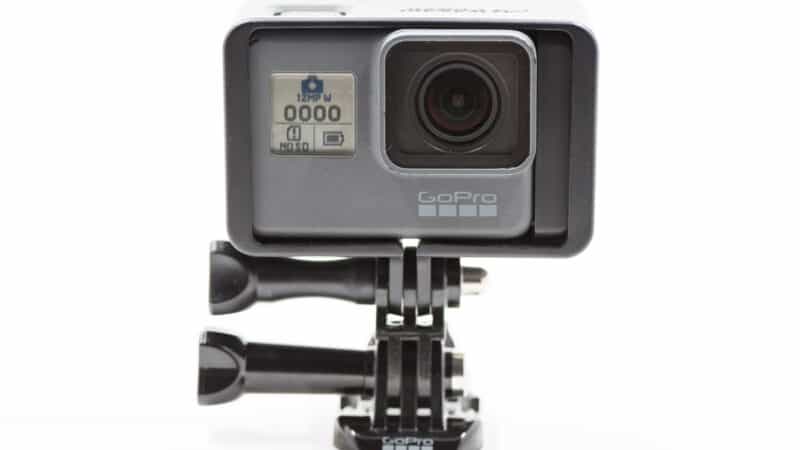 Wasabi Power 2500mAh Extended Battery for GoPro HERO6 Black, HERO5 Black
Check Price on Amazon
For a while now Wasabi Power has been making good-quality third-party batteries for GoPros and other cameras. I’ve used some of their GoPro replacement batteries in various models for a while, and I recently reviewed their clutch battery grip.

This extended battery is a 2500mAh extended battery that attaches directly to the camera’s USB-C port. It was originally developed for the HERO5 Black, but it will also work with the HERO6 Black and HERO7 Black. It won’t work with other GoPros, including the HERO5 Session or older HERO4 models.

There are two main parts to it: a dedicated frame housing and the battery itself. The box also includes a micro-USB cable, a GoPro bolt, and a GoPro extension adapter.

Two things are worth noting upfront. The first is that it’s not waterproof, at least not yet, and not as it’s currently sold in the basic bundle. That’s because to use it, you have to remove one of the camera’s doors to access the USB-C port.

UPDATE: I can no longer find any mention of the waterproof housing, so I assume its development has been abandoned.

The second thing to note is that the extended battery covers the camera’s back screen. So you won’t be able to use the touchscreen for viewing or controlling with the battery installed.

It charges like any other external battery—just connect with a USB cable to an AC adapter or powerbank. One slight quirk is that the battery uses a micro-USB plug for its charging port, not the USB-C plug that the camera itself uses. So you’ll need to make sure you have both a USB-C and a micro-USB cable with you.

You can charge the battery while it’s mounted on the camera and in the frame housing—there’s a cutout for the charging port.

To attach the battery, you have to remove the side door of the GoPro. The doors are designed to clip off easily—and they do. They’re also easy to lose. You can buy replacement doors if need be, but they’re obscenely expensive for what they are.

The battery then plugs in with its USB-C output plug. Technically, you could use it just like that, but the battery is only held in place with the USB-C plug, which isn’t very secure and risks damaging the socket on the camera.

That’s where the frame comes in. It’s a larger-than-usual one that is designed to wrap around the camera and the battery and hold them securely together. Putting it on is a little finicky. The frame is flexible, so it bends to let you put the camera in place. But when you bend it, it also feels as though it’s about to snap. I haven’t snapped it yet, but it feels like it might at any moment. Once the camera is inside, it all locks together nicely and feels solid.

There are cutouts in the frame for the camera’s buttons and microphones, and you can still access the back screen normally. There’s an extra cutout for the power button on the battery.

One of the best things about GoPros is that they’re small and light. Adding the battery does impact that, although not by a huge amount.

Weight. The battery itself weighs 2.4 ounces (68 grams). The frame adds another 1.1 ounces (29 grams). For comparison, the camera itself, with an internal battery and memory card, weighs in at 4.2 ounces (118 grams).

So adding the external battery and frame, the whole package comes to 7.5 ounces (214 grams). As I said, it’s not a huge issue, but there are situations where that extra weight might matter.

Size. The battery wraps around one side and the back of the camera. Most of its bulk is out the back. When attached, it roughly doubles the depth of the main body (give or take; it’s actually a bit less than that) and adds a little to the right side of the camera as you’re facing the lens.

Wasabi Power claims that you’ll get 4 hours of recording from a fully-charged battery. The extended battery is rated at double the internal battery (2500mAh vs. the 1220mAh for the standard internal GoPro battery). How much actual use you get is determined by a number of different factors, including the recording mode you’re using, how much you’re using the back screen and wifi/Bluetooth connections, whether you’re using the GPS logging, and even the environmental temperature (lithium batteries work poorly in very cold temperatures). So it’s not really possible to give a definitive benchmark.

The mileage you get will vary by a number of factors and which functions and features you’re using, but in my experience, Wasabi Power’s claims for this battery are, if anything, rather conservative.

While it’s mounted in the frame, you can’t access the camera’s battery or microSD slot or the camera’s ports. And, obviously, the USB-C port is being taken up, so you can’t use it for something else while the battery is attached. In addition, as I noted above, you can’t see or use the camera’s back screen with the extended battery attached.

If you’ve been using third-party batteries in your GoPro, you might have run into an issue in late-2016 when GoPro updated its firmware with an unannounced change that prevented third-party batteries from working. Since then, third-party manufacturers have come out with new models that work with the new firmware. Wasabi Power claims that this battery won’t be affected by firmware updates, presumably because, in terms of interfacing with the camera, it works just like any other external USB power source.

If you need to use the camera’s back screen or if you need something waterproof, the Wasabi Power 2500mAh External Battery isn’t going to work for you. The waterproof aspect should be fixed at some point in the future with the release of a new waterproof housing designed to go over the whole package, but for now, I’m not aware of a release schedule for it.

If you need to use the back screen, Wasabi Power has another interesting option that’s worth a look: a clutch grip that has an integrated battery. It works with any of the GoPro models, not just the HERO5 Black, but it’s still not waterproof. I have a detailed write-up of it here.

Overall, I’ve found this external battery, which attaches directly to the camera, to work well. As a power source, it works as expected and adds significantly to the usable shooting time. When wrapped by the dedicated frame housing, it’s secure and solid, and while it does add bulk, it’s still a relatively compact package and easy to mount in most types of (dry) places you’d want to mount a GoPro.

2 thoughts on “Wasabi Power Extended Battery for the GoPro HER07, HERO6, and HERO5 Black | Review”

Wasabi Power Extended Battery for the GoPro HER07, HERO6, and HERO5 Black | Review