Lexar has two USB memory card readers available. One is marketed as the professional model; one isn’t. I put them to the test. 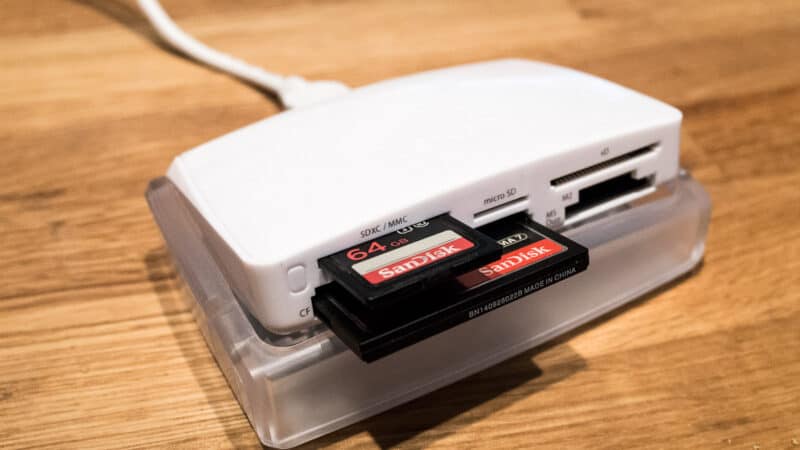 I’ve always liked Lexar card readers. Memory card readers aren’t especially glamorous, and they don’t have a lot of bells and whistles. But while I’ve gone through a number of other card readers over the years that have given up the ghost for one reason or another, the Lexar ones have always been among the best-performing and most reliable ones I’ve used. The fold-down design also comes in handy when traveling, because you can throw them in your bag without worrying about the card slots getting dirt or grit in them and making the reader unusable.

One is marketed as the “professional” reader. It’s black. Its full model name and number is: Lexar Professional USB 3.0 Dual-Slot Reader / LRW400CRBNA. 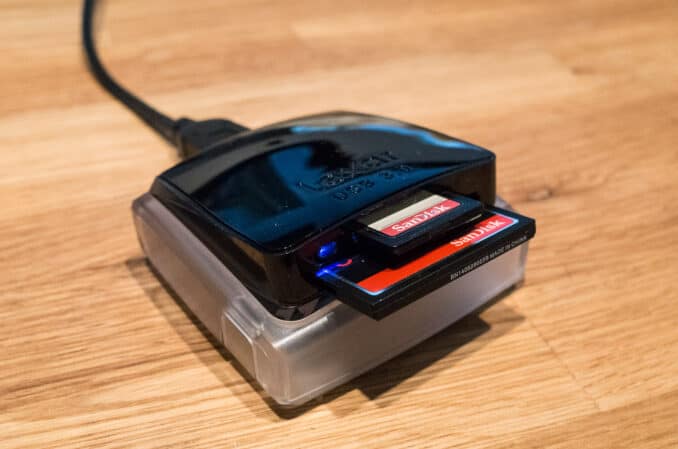 The other doesn’t have the word “professional” in its marketing material and is white. It’s model name and number is the Lexar Multi-Card 25-In-1 USB 3.0 Reader / LRW025URBNA. 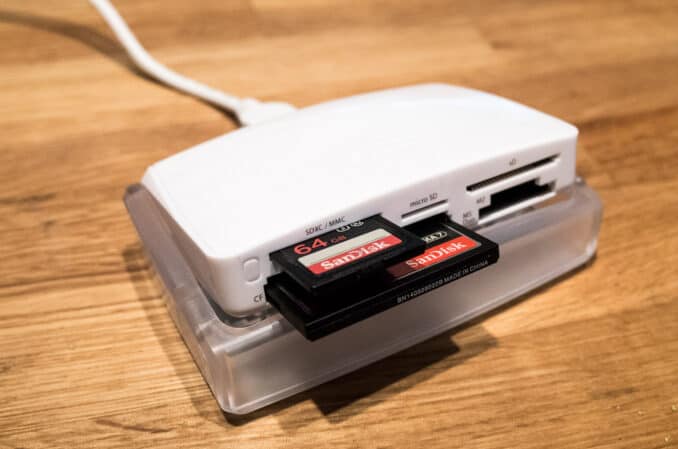 I’d been using the white reader for a while. But I was curious to see whether the newer one that’s rated as the professional one offered any speed benefits. So I put them to the test side-by-side, and the results surprised me.

Both of Lexar’s memory card readers are USB 3.0. Both can read two cards concurrently and support card-to-card transfers. And both pop up and down into a protective case. Both have CompactFlash and SD slots. They’re both powered directly from USB–there’s no need to plug in to external power.

The “professional” version has only CompactFlash and SD slots. If you’re looking to read microSD cards from, say, a GoPro, you’ll need to use a microSD-to-SD adapter cartridge (they often come with the microSD cards, or you can buy them separately). 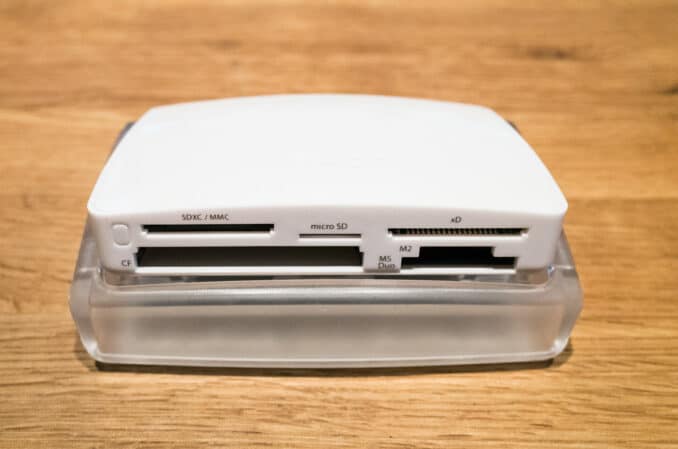 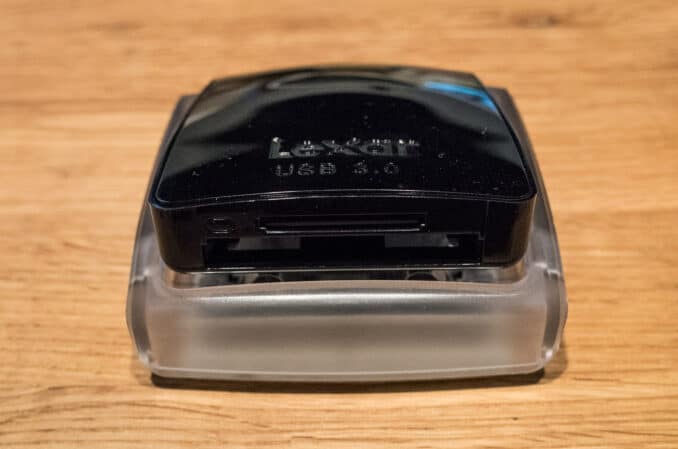 To accommodate the extra memory card slots, the white one is wider. In other dimensions they’re about the same. They both look to be manufactured with the same quality materials. 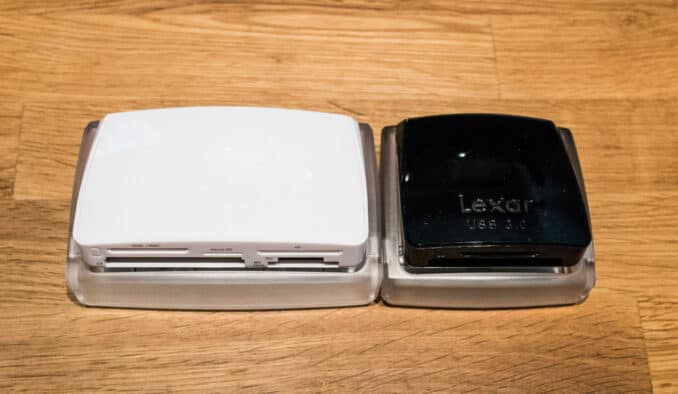 I tested both cards pretty extensively using the same CompactFlash and SDXC cards with the same images (both SanDisk Extreme Pro). I tested using both benchmarking software but also real-world downloading using ImageIngester Pro and PhotoMechanic, two of the best ingestion options available. I also experimented in swapping the USB cables to rule that out as a variable.

I expected the Professional reader (the black one) to be faster. But in reality I found that the white one consistently had a slight edge in speed. I don’t know what that would be the case, but after many tests, that’s what I found.

From my tests, the white one that isn’t marketed as the professional model actually performs a little better. It accepts more types of memory cards. It’s also cheaper. If you’re trying to choose between them, the only reason I can find to go with the so-called professional model is if the device’s size is a critical consideration.

They’re widely available, including from Amazon and B&H Photo.