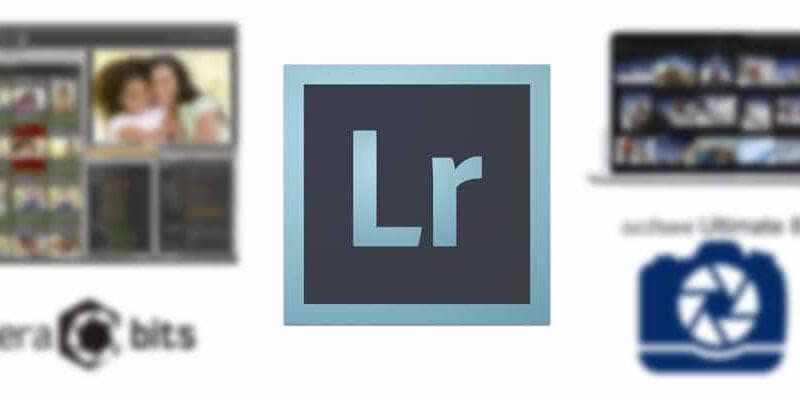 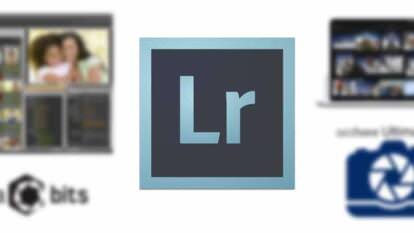 If you just want to cut to the chase, here are some top picks for the best Lightroom alternatives in 2021. These aren’t necessarily direct replacements feature-for-feature, but each is worth checking out. Each has its own strengths that may or may not be a good fit for your workflow, required features, and budget. You can find more options and much more detail below.

Why Would You Want an Adobe Lightroom Alternative?

Adobe Lightroom is more than just photo editing software. It has become the most popular photo management app that integrates image management with RAW processing and photo editing. And it’s at the heart of my own image processing workflow.

But it’s not everyone’s cup of tea. Some find it too expensive. Others don’t like the idea of being on the hook for an ongoing subscription every month. Maybe you’re after a specific feature or compatibility or image quality tweak that Lightroom doesn’t offer. Or perhaps the Lightroom workflow just doesn’t suit the way you want to work, or you find you’re not happy with the quality of the results that come out of it.

If you find that Lightroom doesn’t work for you for whatever reason, here are some alternatives to Lightroom that are worth a look at. Whether you’re after for a good free Lightroom alternative, a full-powered suite that offers features Lightroom doesn’t have, or a more limited app to accomplish a particular part of the digital photography workflow, there’s a good chance that there’s something out there that will fit the bill.

Some of these are free apps, and some are paid. Some are direct Lightroom competitors that integrate image management with photo processing, while some focus on a specific aspect of the workflow, such as RAW processing. Each has its own virtues, and there’s a good chance you’ll be able to find one that fits your needs and preferences.

Apple Aperture and Lightroom pioneered combining image management, processing RAW images, and advanced photo editing. Before they existed, there were management apps like iMatch or iView MediaPro and processing apps like Rawshooter and Bibble. So you would run separate apps side-by-side, organizing in one and processing in the other.

Aperture and Lightroom brought the two sides together and integrated them into a single app and single workflow. Both Lightroom and Aperture were designed to be archive and digital darkroom in one. And doing that added more than convenience and speed–it also opened up all sorts of new workflow options that weren’t easily possible before.

The image management functions used by most of these apps are typically based on catalogs, which offers a lot more power than simple file browsing in folders. Features such as virtual collections and dynamically updated smart collections also become possible once you start using a catalog rather than a simple file system. But there is a downside, and that is that it adds another step that can slow down the initial parts of the workflow while you import images and build the preview thumbnails.

All of these apps combine both image library features as well as RAW image processing and other advanced editing tools. They work on the principle of non-destructive editing, which means that the original RAW file isn’t altered–it’s treated as a digital negative–and all the editing information is saved in the form of instructions that are separate from the original image.

Skylum’s Luminar has been developing quickly and impressively, and it has developed a strong following. And for a good reason: its feature set has really blossomed. Its core is RAW processing and a wide array of filters and editing tools. And the name of its latest version–Luminar AI–gives a good indication of the direction of its most recent innovations.

They later added a built-in image management library and some impressive photo manipulation tools such as their AI Sky Enhancer, AI Sky Replacement, and AI Structure. And updates and new features have been coming steadily, suggesting a very strong commitment to the app. Overall, it’s well worth a look as a viable Lightroom alternative.

Luminar can also act as a hub for other popular Skylum apps like Aurora HDR, and it’s compatible with third-party plugins.

One nice thing about Luminar is that you can use it either as a standalone app (which is probably of more interest to you if you’re looking for an alternative to Lightroom) or as a plugin for Lightroom or Photoshop.

There are versions of Luminar AI for Mac and Windows as well as a free trial version. If you decide to buy a license for Luminar, they’ve given me a code just for readers of this site to get an even better deal: use the coupon code HAVECAMERA during checkout to get $15 off (it works for new licenses as well as upgrades from previous versions).

If you’re using a Mac, another great way to get Luminar is through the Setapp subscription, where you’ll get hundreds of other top-shelf Mac apps as well. Setapp has a 7-day free trial.

I’ve been particularly impressed with how energetically the Skylum folks have been developing Luminar and their related apps like Neo (a more creatively focused image editing app). It’s clear that they put a lot of thought and effort into the apps and really listen to what photographers want.

Capture One has been evolving quickly and impressively and is one of the best Adobe Lightroom alternatives and a favorite among professional photographers. Version 22 is adding panorama stitching and HDR merging, bringing it even more in line with Lightroom’s built-in features.

Capture One started with a heavy emphasis on high-end medium-format cameras from PhaseOne. But it has evolved into a full-featured and polished image editing and organizing app. If you’re used to the kinds of workflow and tools offered by Lightroom and Aperture, Capture One might well be the closest alternative.

It’s aimed at the premium end of the market, and if you’re looking for the maximum image quality from your RAW files, Capture One is well worth a look. They put particular emphasis on high-end rendering quality and powerful editing tools. The image quality of its processing engine is excellent, and it now has asset management features thanks to the incorporation of what was one of the original leading asset management tools, iView MediaPro (which then became then Microsoft Expression Media). There are also tools for studio photographers, such as advanced tethered shooting tools.

Capture One used to be very expensive, in keeping with its focus on medium-format cameras, but they’ve now brought in down in line to the same ballpark as Lightroom. It does have a fairly steep learning curve to get the most of it and is best suited to advanced users.

Two things in their licensing worth noting about Capture One: unlike Lightroom, there’s an option to buy a one-off perpetual license (i.e., no recurring subscription), or you can subscribe with a monthly fee. Secondly, there are specialized versions for those using Fujifilm, Sony, or Nikon cameras, and if you’re only using those cameras, the pricing for those versions is significantly reduced. The main “Pro” version supports all major camera brands.

Capture One has a 30-day free trial, and it works on Mac and Windows. You can find the various buy/license options here.

ON1 Photo RAW was initially best known for their effects plugins, but they’ve now bloomed into having their own RAW processing software. In addition, it’s integrated with a hybrid approach to image management that uses elements of a browser and a catalog. They’ve also thrown in a bunch of their effects integrated with the app and added some powerful advanced editing tools such as swapping out skies, noise reduction, time-lapse, and focus stacking.

There are versions for Windows and Mac, as well as a free trial version. If you decide to buy a license for ON1 Photo RAW 2022, they’ve given me a code for my readers to get 20% off–use the coupon code HAVECAMERA at checkout.

These apps have the considerable virtues of being free and cross-platform. But while they sometimes look very similar to Lightroom in their user interfaces, their feature sets and update cycles are more limited. They can do a good job of processing editing RAW images, but they lack features like a photo management catalog and all the editing tools of the more advanced (paid) apps above. So while they’re unlikely to knock Lightroom off its perch anytime soon, they are viable contenders as the best free lightroom alternative.

These apps fall into the category of RAW photo editor rather than being full-featured Lightroom alternatives. While the image editing software gives you control over how the image looks with advanced photo editing tools, they don’t include the image management features of the apps above.

These aren’t Lightroom alternatives, but for the sake of completeness, here are some other specialized tools for working with RAW photos.

These apps focus on image organization and are usually classed as Digital Asset Management (or DAM) apps. Put another way: they’re for managing large numbers of images so that you don’t get lost in a sea of files. Many of them will handle other file formats as well as images. Their emphasis is on organizing and finding files, and they generally have very basic editing tools (if they have them at all). So if you need further editing, they’re best used alongside a RAW photo processing app.

If you find that catalog-based image management is too heavy for your needs, there are also lighter-weight image browsers available that use file-based organization rather than a catalog-based organization. Some of them offer basic RAW editing tools as well as working comfortably with the other image file formats that you come across in digital photography. But they lack some of the more advanced tools–at least in terms of editing software–in the best Lightroom alternative section above.

Most of the options on this page are designed for individual users. But there’s also another class of digital asset management options designed for team access and collaboration.

Most of these are enterprise-level apps and come with enterprise-level prices, so they aren’t well suited to individual photographers. But those working in a studio environment with multiple users will likely appreciate the added features.

Some of the main options are:

Can you get Lightroom for free? There is a 7-day free trial version of Lightroom, but there’s no version that’s free for long-term use. However, if you’re a student or work at an educational institution, there are discounted education discounts that can make a substantial difference in cost. There are also different bundles of Adobe Creative Cloud so that you can focus on apps that are relevant to your work and therefore limit costs that way (more limited plans are naturally less expensive than more plans with more apps).

Is Lightroom really the best? Lightroom is good, but it’s not for everyone. Other apps might be a better fit for needs and preferences. And, as you can see from the apps mentioned on this page, there’s a large range of different apps, each of which has its strengths.