How to Merge MP3 and Other Sound Files on Mac

If you need to stitch together multiple mp3 files and merge them into a single file, here are two good options and quick guides on how to do it. 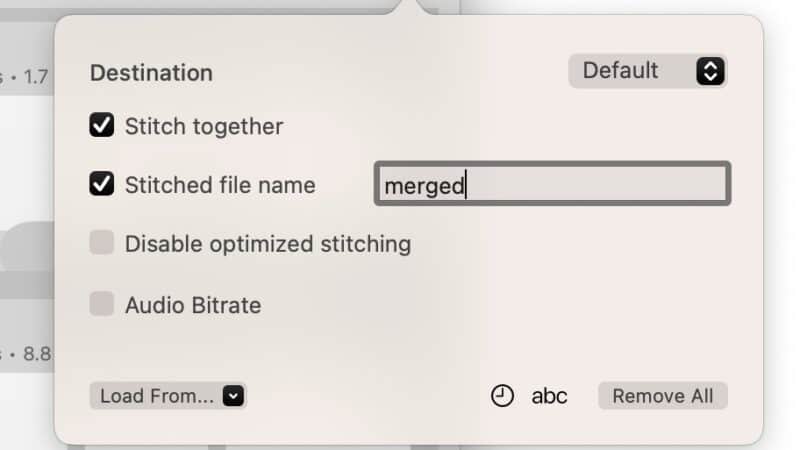 I’ve spent a lot of time working with audio over the years.

Some of my favorite audio utilities on Mac aren’t available anymore. And as developers have invested increasing proportions in mobile-first apps and services, some niche utilities have dropped by the wayside.

Take combining audio files, for example. Stitching together multiple FLAC or MP3 files into a single file probably isn’t something you have to do often–even more so now that streaming audio has taken such a prominent role. But maybe you’re merging individual files to create an audio track for a video. Or piecing together podcast snippets. Or any number of other reasons you might need a batch of individual mp3s merged into one.

But this was something I’ve had to do several times lately for various projects. And I had trouble finding good ways to do it on Mac. There are online services that can do it, but there are often size restrictions, and they come with the potential privacy considerations as well as the inconvenience of slinging large media files across the web. You can also do it manually by dropping the files into an audio track timeline of something like Audacity or Adobe Audition. And if you’re only doing the occasional stitching, these might be good options. But they weren’t great fits for what I’ve been needing.

So here are two solutions I’ve been using. One is free and built into macOS. The other isn’t free, but I’ve found it far more convenient and quicker to use.

I’m focusing here on mp3 files, but these also work with other common types of audio files (and even some other types of media and data files).

These are certainly not the only ways to accomplish this on Mac, but the two that have worked best for me.

This method is free and built into macOS. It requires using the terminal with the command line. It’s using what’s known as the CAT command (for “concatenate”).

The basic logic is simple:

In many cases, it’s a quick and simple method. If your input files have short, sequential filenames like those in the example above, it’s straightforward. Where I find it becomes messy is when you’re using multiple files, or even just files with long or complicated filenames.

There are, however, some ways to work with that. You could rename the input files to be short and sequential. But that’s not always desirable–if you need to keep those original files, for example. Another approach is to drag and drop the files from Finder into the terminal window. It’s going to look pretty ugly, because in addition to the filename you’re also going to get the full volume location. But it works.

I was using the CAT command method for a while, but I just didn’t like how messy it was to work with large numbers of input files. So I’ve switched to a different method: using Permute.

Permute is a deceptively simple media conversion app for Mac. It can work with a wide range of video, image, and audio files and packs a powerful punch under the hood.

I already had access to Permute through my subscription to Setapp. It’s also available as a standalone app for $14.99. (But if you’re not already a Setapp subscriber, I highly recommend checking it out—you can find a free 7-day trial here.)

How to Use Permute to Merge MP3 Files

While it’s pretty straightforward to do this in Permute, it’s not necessarily intuitive–at least, it wasn’t to me the first time. So here’s a quick guide to merging a batch of MP3 files using Permute.

When you first open Permute, all you get is a simple drop panel.

You can just drag and drop the input files from Finder onto the Permute drop panel.

The individual files will then lay out as tiles on the panel.

Now for the first part that isn’t entirely intuitive. You want to click on the small gear icon at the top right.

That will give you a popup settings panel that looks like this:

The most important one here is to check the “Stitch together” box. Optionally, you can also specify an output filename if you like.

The next part that’s not necessarily intuitive is how to get the process going. From the main panel, you need to scroll down to the bottom of the list. That will reveal a tiny little play button at bottom left.

Click on that to start the process, and you’ll see progress bars under each file.

And that’s about it. You should have a shiny new merged file in the same folder as your input files.

There’s a bunch of things you can do with Permute–this is just the simplest and quickest way I’ve found to use it for this purposes. But it’s a pretty neat little app that comes in very useful for a variety of utility tasks when working with sound files, video files, and images. If you want to check it out, you can get a free 7-day trial of Setapp here (which includes a fully functionally version of Permute).

When your input files are of the same type and encoded with similar compression, etc, I’ve found these methods to work well. I have not done much testing, though, of files with different encoding methods or very different settings (eg. mixing mono and stereo files). If you’re planning to do that, I highly recommend testing the output files to check that you’re getting the results you want.

How to Merge MP3 and Other Sound Files on Mac