Nikon has come out with a new version of its 24-70mm zoom lens that adds Vibration Reduction. I’ve been shooting with it for a few weeks now. Here’s my review. 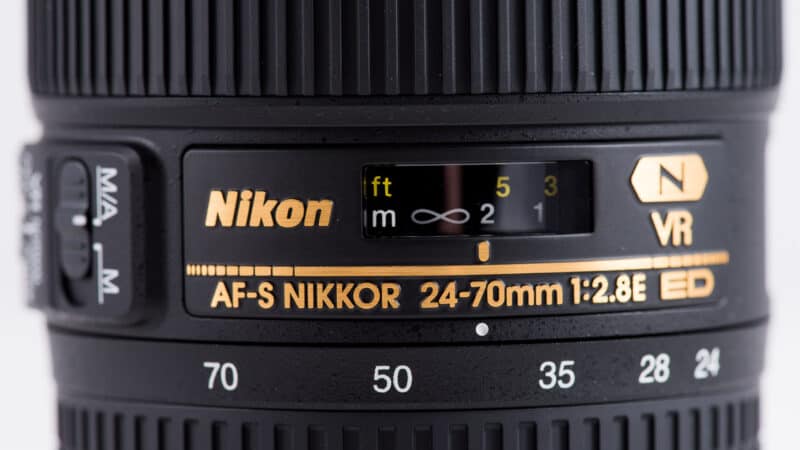 Two of the lenses I use most at the moment in my travel photography are a Nikon 24mm f/1.4G and a Nikon 50mm f/1.4G. I find the combination to be light and flexible. I like the wider view of the 24mm, while the 50mm lets you focus on more specific elements with a “normal” field of view. Both are very fast, opening up the option to get shots in places that are dark. And both are small and discreet, so they don’t draw attention to themselves when you’re using them. I carry various other lenses with me most of the time, but those are the two I reach for most often. But it also means swapping the primes, which is a bit tedious and makes the camera sensor vulnerable to dust.

Nikon has had a fast, “pro” lens that covers these focal ranges for quite some time (since 2007, in fact): the Nikon 24-35mm f/2.8G ED. It’s an excellent all-around lens. (They also have another lens in its current range that covers these focal lengths, a 24-85mm, but that lens is in its consumer range, and while it is much less expensive it’s also slower and generally not as good (as you’d expect from the price difference). They’re aimed at very different ends of the market, so most people won’t be trying to choose between them.)

The 24-70mm is designed as a versatile, general lens that goes from a mild wide-angle through a “normal” field of view and very slight telephoto. Its focal lengths are especially suited to travel photography, photojournalism, and street photography, and even contextual portraiture. It’s not the ideal focal length for traditional portraiture—that’s usually considered to be more in the 105mm to 135mm range—but the results at 70mm are still pretty good (especially if you put it on a DX camera).

Now there’s a new version of the 24-70mm that adds the latest version of Nikon’s VR, or Vibration Reduction. Through fancy electronics and mechanics, it’s designed to, in effect, hold the sensor still so that you can take handheld shots with a shutter speed up to 3 stops slower than you could without it. The aim is sharper photos in lower light at lower ISOs.

On paper, the new Nikon 24-70mm lens with VR looks great. But it would want to: with a manufacturer’s suggested price of around $2400, this is an expensive lens. And a price point like that comes with very high expectations.

Here’s what I found after using it in real-world shooting for a few weeks on a Nikon D810.

My first impression after pulling it out of the box was that this is a big lens—bigger than I expected. It’s about an inch longer than its predecessor and about 1/3 of a pound heavier. It’s also wider, with an 82mm filter thread rather than the 77mm of the older version.

My second impression was that it feels less rugged than it should. To be clear, this isn’t something I would probably be bringing up except for one thing: this is a $2400 lens, and while Nikon never uses the “pro” label with it, this is squarely within the defacto “pro” line of lenses. There are higher expectations that come with a price point like that that aren’t limited to just optical quality.

The zoom grip is wide and grippy but feels oddly plasticky. There’s a slight bit of give before it starts turning. The manual focus ring isn’t quite as wide but is equally grippy. But in rotating it, you still get that distinctive plastic-on-plastic feel. But it doesn’t feel as solid or true as something like the Sigma 24-35mm f/2, for example.

Here’s an example of what the zoom range looks like in practice, with 24mm on the left and 70mm on the right. 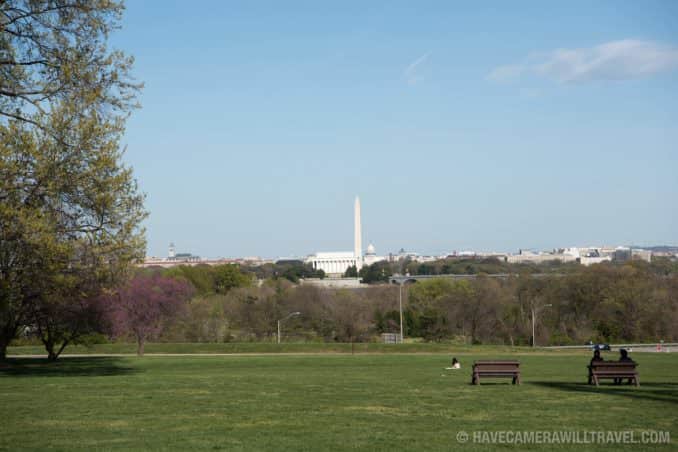 The zoom extends the front of the lens out but holds it in the same position. That means that if you’re using a filter where rotation matters, like a circular polarizer or a graduate neutral density filter, you can safely use the zoom without having to readjust the orientation of the filter.

Look and feel are all well and good, but the primary purpose of a lens is optical performance, of course. And here, I couldn’t find much to fault. It’s not perfect, though. There’s some vignetting—and it lasts into smaller apertures than I would expect—chromatic aberration isn’t a practical concern, and there’s some light barrel distortion.

And then there’s the issue of sharpness. I’m more interested in practical sharpness in real-world shooting than lab tests, and I found it to be unusually sharp. Some users have reported softness, especially in the all-important center of the frame. I looked hard to create that but didn’t run into it with the copy of the lens I used. There might be any number of reasons others aren’t getting the same results, including manufacturing variations and manufacturing quality control, lens-camera focus calibration, or even just different subject matter or expectations. None of which discounts others’ reports of softness, but at least in my experience, the results were very sharp indeed throughout the frame, from corner to corner, and certainly well beyond the acceptable threshold for me.

There is quite a bit of vignetting wide open, and even some still at f/8, which is a point at which I would expect it to be practically nonexistent. Here’s an example, with f/2.8 on the left and f/8 on the right.

I found there to be very little chromatic aberration at all. If you really push it with high-contrast lines in the corners, you can get some, but it’s notable mainly for how little there is.

Here are a couple of examples of shots I took specifically to try to get chromatic aberration. Click on the images to get full-size versions. 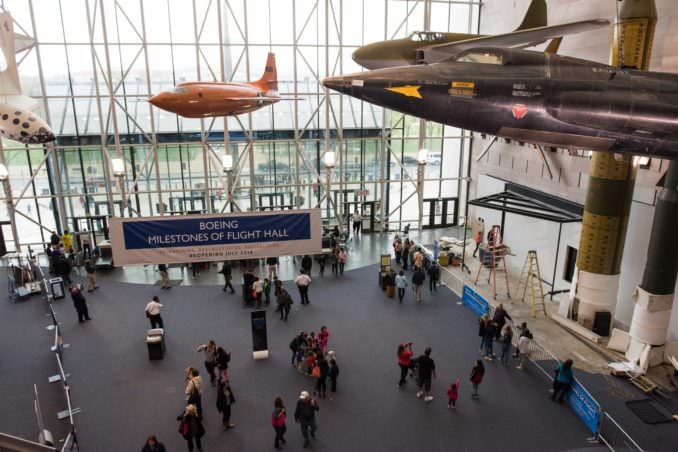 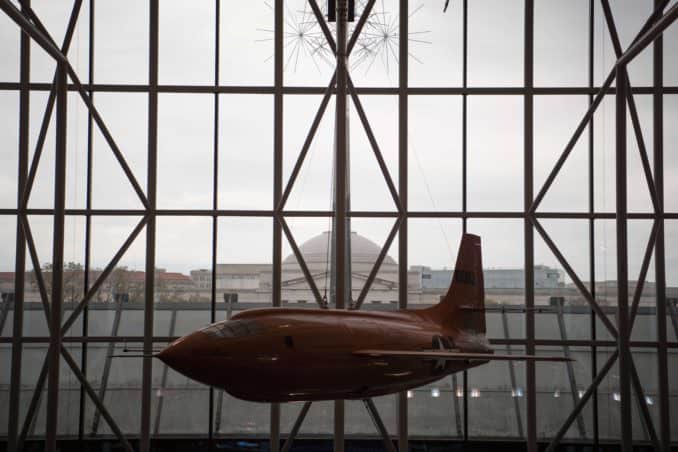 Here’s a handful of sample photos taken with this lens across a range of different subject matters designed to test various aspects in real-world shooting.

I have a bunch more sample images posted separately.

You can click on the photos below for full-size versions.

It comes with its own dedicated padded soft case that adds pretty good protection and also bulk. The soft case has a shoulder strap, in case you’re inclined to carry it around that way. 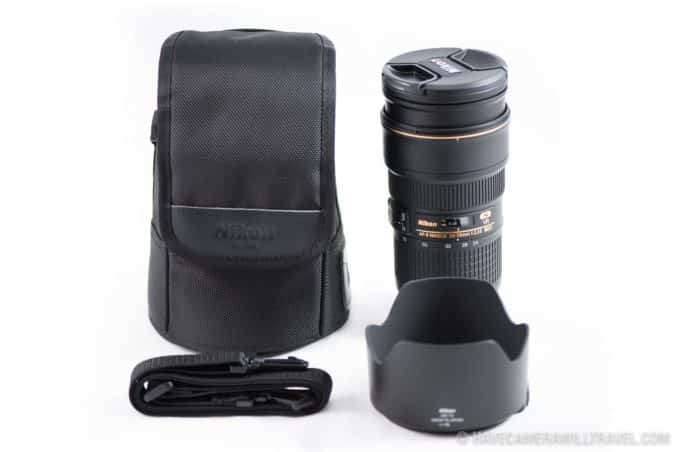 This is a very good lens—there’s no doubt about that. Optically I found it to be excellent. I was surprised that the vignetting lasted up to f/8, but much of the time, I don’t have a problem with a bit of vignetting and even often quite like it. The focal range falls squarely within the range that I use the majority of the time for travel photography, and with a maximum aperture of f/2.8 throughout the zoom range, it’s quite fast. The addition of VR does come in handy, although it also comes with its downsides in expense, size, and weight.

There are a couple of areas that are worth addressing directly.

Is it worth upgrading from the old model? In my opinion, probably not. If you already own the 24-70mm F2.8G ED, which retails for $1800, in upgrading, you’ll get a bigger, heavier, more expensive lens with VR. There are certainly shooters who will rely on that VR, and for them, the upgrade will be worth it, but for my purposes, especially on a camera with impressive high-ISO performance like the Nikon D810 or D850, the VR is not worth the extra $600.

Size. In practice, I found the size to be an issue for two reasons. One is the usual one of portability. It’s big and heavy and takes up a lot of room in your camera bag. The other, which is mainly an issue for travel and street photography, is that there’s nothing discreet about this lens. When you point it at someone, they think you’re pointing a large telephoto in their face (especially with the lens hood attached). And as more and more places seem to be clamping down on “professional” cameras, it’s harder to sneak this by security guards.

But ultimately, it comes down to the photos you can make with it. And with its combination of a very useful zoom range, fast maximum aperture, and VR, it’s a lens that opens up a lot of creative possibilities.

You can find them at B&H Photo, Adorama, and Amazon.

If you’re in the market for a used copy, there are good odds of finding one at KEH, which is my go-to source of used photography gear.

You can rent them at BorrowLenses and LensProtoGo.

Lens Hood. It comes with a plastic petal-style lens hood. If you need a replacement, the model number is HB-74.

Lens Case. It comes with a semi-soft lens case. There’s no particular reason you have to stick to the official Nikon one, but if you’re after a replacement, the model number is CL-M3.