The FujiFilm Finepix XP130 and its predecessor the XP120 both have a bunch of options for shooting photos. I’m dealing with them together here because there is so much in common between these models, and they share the same photo options, settings, and even use the same sensor.

With these cameras, you can choose things like size and quality, and there are some special modes such as panorama, burst mode, time-lapse, and panoramas. So here’s an overview of what the various settings and modes do on these cameras.

The XP120 and XP130 use the same sensor, a 16.4MP BSI-CMOS sensor. It creates images with a maximum size of 4608 by 3456 pixels in a 4:3 aspect ratio. You can also choose smaller sizes and different aspect ratios. The choices are:

You set the image sizes and aspect ratios separately, which means you can mix and match them. These are the pixel dimensions of the various combinations.

If you want to create the maximum size images that the camera is capable of, use the L setting combined with the 4:3 aspect ratio.

There are two image quality settings available: Fine and Normal.

The Fine option provides the highest quality. It applies a lighter touch of compression, which means that the file sizes are larger.

The Normal option has slightly reduced image quality but smaller files that are better for sharing online (if you’re sharing directly) or when using the camera’s wifi features.

If you want to ensure the best possible image quality, set the Image Quality Setting to F (for fine). The filesizes of the resulting images will be larger, but they’ll have less compression (and therefore retain better quality) than using the Normal setting.

Both cameras save their images as JPGs. They don’t have a RAW image format available. If you want to get technical, they use what’s known as EXIF 2.3 JPEG format.

FujiFilm is obviously well-known as a film company, and they’ve long incorporated the distinctive looks of some of their films into their digital cameras. They’re basically filters, but they’re more specifically aiming at the look of film.

The options in this camera are very much trimmed down from something like the FujiFilm X-T2, but it still gives some basic options:

It’s worth noting that because the files are saved as JPGs, these color settings are hard-coded into the image file, so they’re not reversible. If you think you might want to change it later, your best bet is to shoot using the Standard mode and then apply filters later.

By default, the XP120 uses auto white balance, so it’s calculating what it thinks is the best setting for the lighting conditions to minimize any overall color cast and present more naturally balanced colors.

But there might be situations that you want to override it for creative reasons or the auto setting isn’t giving you the results you want. Another typical case where you might want to set specific white balance is if you’re trying to match a sequence of photos, perhaps when shooting a time-lapse or when shooting comparison photos.

You can’t set the white balance with a numerical value, but there are several presets you can choose from:

Again, these settings are hard-coded into the JPG file, and unlike shooting in RAW, you can’t adjust them directly later.1

By the default, the Finepix XP130 and XP120 shoot a single photo each time you press the shutter. But there’s also an option to use a burst mode or continuous mode that shoots a rapid sequence of pictures. It’s an especially good option for fast-moving action shots.

I have a post going into more detail on how to use the burst modes on these cameras.

Other Photo Modes of the FujiFilm Finepix XP120 and XP130

There are also some other photo modes worth mentioning. I’ll go into more detail in separate posts on them, but here’s a quick overview.

The first is the panorama mode. This stitches multiple images together in a row to make a very wide or tall photo.

The second is the time-lapse mode. It’s also sometimes referred to in the menu system as interval shooting. This is used to create those ultra-fast time-lapse videos that speed up real life. You can set the interval between each shot and how long you want it to keep capturing. You can then have it save just the still images that you can then compile into a video using an app on your computer or save it as both the still images and a video that’s compiled in the camera (up to 1080p60 resolution). This Still+Time-Lapse Movie setting is the most convenient and gives you the best of both worlds, but it also takes up much more space on your memory card.

For close-ups, there’s a macro mode that lets you focus as close as 3.5 inches (6 cm) from the front of the lens.

If you’re shooting in contrasty situations that have a combination of dark shadows and bright highlights, you can turn on the HDR, or high-dynamic range, mode. This captures a quick series of photos at different exposures and then combines them into the camera to generate a single image that uses the best detail from each. To avoid blurring, you’ll want to take extra care that both the camera and, ideally, the scene are still.

The Pro Low-Light mode is similar to HDR in that it takes a series of photos and then combines them, but the way it combines them is a bit different, emphasizing reducing image noise and reducing blurring.

The Cinemagraph is an interesting option that falls somewhere between a still image and a video. It’ not a short clip like a gif–it’s a still image that has a small part of the image moving in a constant loop. It’s a bit hard to explain how they look, so the easiest is to see some in action. These involve a little more user input to create, so I’ll go into more detail on these separately.

These are calculated from the figures FujiFilm provides in the manual. It’s important to note, though, that they’re approximations. Because of the way JPG image compression works, the final filesizes will vary image to image, depending on things like the detail and tonal complexity of the image. So if you anticipate filling cards up, it’s worth leaving yourself some wiggle room because it’s possible to end up with fewer images fitting on the card than this table suggests.

The FujiFilm Finepix XP130 is available in blue, green, yellow, silver/black, and white. You can find them at Amazon and B&H Photo.

The XP120 is now discontinued, but at the time of writing you can still find them at B&H.

Here are some of the most popular accessories for the XP130 and XP120. 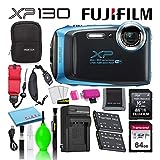 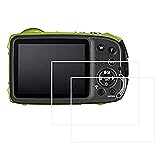 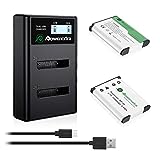 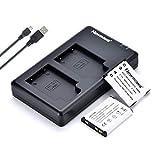 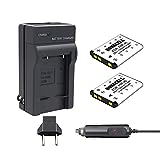 Images and product information from Amazon PA-API were last updated on 2020-04-09 at 11:39. Product prices and availability are accurate as of the date/time indicated and are subject to change. Any price and availability information displayed on Amazon Site at the time of purchase will apply to the purchase of this product.