There are two main options for connecting a Fujifilm X100V to a computer. Here's a rundown of what the options are and when to use them.

There are two main options for connecting a Fujifilm X100V to a computer. The more flexible and faster option involves using a USB cable. But for some operations, you can also establish a wireless connection.

Here’s a rundown of what the options are.

USB Cable for the Fujifilm X100V

Whether you’re looking to download images to your computer, charge the camera using a computer’s USB, or manage your X100V’s camera settings, there’s a good chance you’ll need a USB cable.

The X100V comes with one. If you need a spare or replacement, you’re looking for a cable that has a Type-C USB connector to go into the camera’s port.1 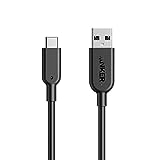 What connector is on the other end of the cable will depend on your computer. The traditional standard is known as a Type-A connector. Newer computers are using USB-C, which is smaller. 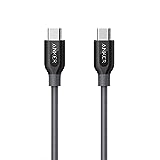 Downloading Images from Fujifilm X100V to a Computer

There are three main ways to download images from your X100V to your computer. Only one of them requires a separate USB-C cable. One uses a wireless connection.

Downloading Directly from Camera. Using a USB-C cable, connect the camera directly to your computer’s USB port. This essentially treats the camera as a memory card reader (albeit a rather fancy one!).

The computer’s operating system should automatically detect the camera and treat the SD card as attached external storage (the camera needs to be powered on for this).

For handling the downloading, there’s a wide variety of apps and software that can take care of it. You can manually copy across using your operating system’s file management software (such as Finder on Mac or Explorer on Windows). You can use an image organization app like Lightroom. Or you can use Fujifilm’s own free app called Fujifilm X Acquire.

Using a Memory Card Reader. Another option is to use a separate SD memory card reader (sold separately) that’s connected to your computer. So you take the card out of the camera, put it in the card reader, and the computer treats it much like an external storage drive. You can then use your computer’s operating system or an image app like Lightroom of X Acquire to transfer the images to your hard drive.

An advantage of this method is that, with the right card reader, it can be faster. And some memory card readers will even allow you to download from multiple memory cards simultaneously.

Wireless. There is also a wireless option for downloading images from the X100V to a computer over wifi using the [Fujifilm PC AutoSave app]. It’s free and available for Windows and Mac. You can download it here.

With Fujifilm X-series cameras, there’s a couple of reasons that you might want to connect the camera to a computer that you might not necessarily run into with other cameras.

One has to do with a unique feature of Fujfilm’s X RAW Studio image processor.

With most RAW image processors, you download the images to your computer and process them using an app on the computer—such as Lightroom or an alternative—that uses the computer’s CPU processing power.

X RAW Studio does things a little differently. It uses the camera’s image processor for the heavy lifting.

That brings a few advantages. For one, it’s quick. The camera’s image processor is designed for only one thing—it’s not a bloated processor that has to be good for all sorts of processes. And it does that one thing well.

It also means that you take advantage of the camera’s own quality and film simulations. You’re not relying on a third party’s interpretation of those results that are designed to be as close as possible and translated into whatever app you’re using—they’re the originals.

And finally, and probably most practically, it’s an especially good option if you’re using an underpowered laptop on the road. With nearly all of the processing power being done on the camera, it frees up the computer’s processor.

You can find more information about X RAW Studio here. It’s available for Windows and Mac, and it’s free to download. Something worth noting, though, is that it will only work on images taken with the type of camera that’s attached to the computer. So you can’t process X-T4 images with an X100V attached, for example.

Fujifilm has another dedicated app for X-series cameras known as Fujifilm X Acquire. I’ve mentioned it above for downloading images to your computer. But it has another feature that lets you backup and restore camera settings from your computer via USB.

Connecting the Fujifilm X100V as a Webcam

There is yet another reason you might want to connect your X100V to a computer: to use the camera as a webcam for Zoom/Skype calls or to live stream from the camera.

Fujifilm has released a dedicated app for this called Fujifilm X Webcam. It’s free, and there are versions for Windows and Mac.

Images and product information from Amazon PA-API were last updated on 2021-09-20 at 17:09. Product prices and availability are accurate as of the date/time indicated and are subject to change. Any price and availability information displayed on Amazon Site at the time of purchase will apply to the purchase of this product.