I wish the Ricoh Theta S camera with a wireless remote shutter. Of course, it can be controlled by wifi with the Theta smartphone app, and that has a lot of features that couldn’t be included in a remote shutter. 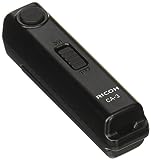 Ricoh Cable Wired Remote Shutter Release, Black (30004)
Check Price at Amazon
But I would still like to have a simple, quick, and reliable way to operate the Theta S’s shutter without all of the bells and whistles, waiting for data to download, and establishing wifi connections that the smartphone app involves.

There’s now at least a partial solution. The Ricoh CA-3 Remote Shutter Release is actually an existing model that has long worked with several Ricoh cameras, including the GR II. It now also works with the Theta S and Theta SC thanks to firmware updates in those cameras.

But I should emphasize the “partial” aspect. This isn’t a wireless remote–it still needs to connect to the camera via a cable.

Nevertheless, I still find it useful. If you’re using the Theta S above you on a stick or monopod, it’s a simpler way to operate the shutter than messing with the mobile app. And it lets you shoot higher than you can holding the camera in your hand (and getting your thumb in the frame).

It’s a very simple device. It has a shutter release, and that’s about it. There’s no way to set timelapse intervals or schedule the shutter. It’s a one-click pony.

One of the annoyances with the way the Theta S has the ports on the bottom of the camera is that if you mount it on a tripod or stick the ports will probably be inaccessible. You run into that same issue with this remote shutter release.

There’s a simple solution: use an extension adapter.

The shutter release doesn’t come with the adapter, so you’ll need to pick that up separately. Ricoh has their own, the Ricoh TE-1. But it’s simple a small threaded stick of metal, and there are aftermarket options from other manufacturers that work just as well and are often cheaper.

Ricoh claims that its in-house testing results for a standard alkaline battery was about 19,000 shots (continuous shooting at intervals of 30 seconds at 23°C and 50% humidity). I haven’t taken that many photos with it so can’t independently confirm that. But whatever the number, it’s a lot in terms of how most people will use it with the Theta S.

Something to watch out for is that if the remote is switched on it is drawing power. It doesn’t have an auto-off function. I’ve accidentally left it on more than once.

What’s Not in the Box

There are various reports from users that haven’t been able to get the CA-3 to work with the Theta S. I obviously can’t say for sure that these were the causes of their troubles, but there are two things to try: 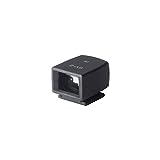 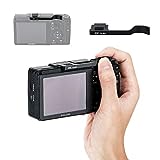 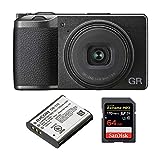 Images and product information from Amazon PA-API were last updated on 2021-01-24 at 06:19. Product prices and availability are accurate as of the date/time indicated and are subject to change. Any price and availability information displayed on Amazon Site at the time of purchase will apply to the purchase of this product.