Start of the Sydney to Hobart Yacht Race 2009

The start of Australia’s Sydney to Hobart Yacht Race is one of the world’s great ocean yacht racing events. 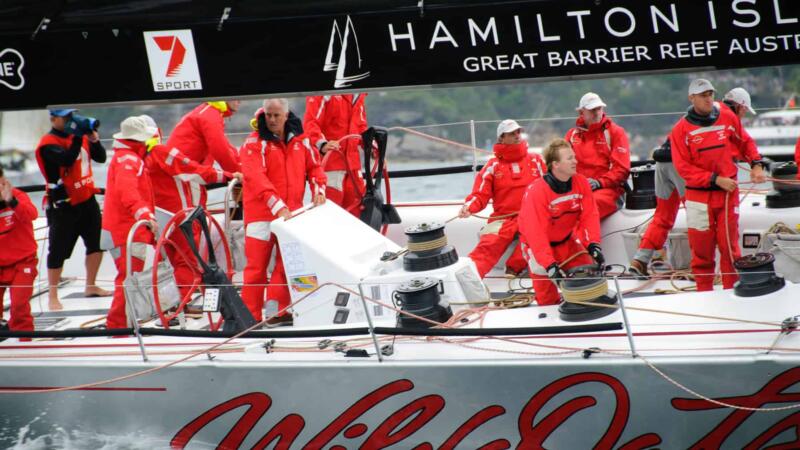 These are photos of the start of one of the world’s great ocean racing events, the 2009 Rolex Sydney to Hobart Yacht Race in Sydney Harbour, Sydney, Australia. Hosted by the Cruising Yacht Club of Australia and starting every year on Boxing Day (26 December), the 2009 race was the 65th running of the event. The race starts in Sydney Harbour before heading out Sydney Heads for a 630 nautical mile run south long the coast and then across Bass Strait, where conditions can become notoriously difficult.

Rain and drizzle on start day kept the spectator fleet smaller than usual, but winds from the southeast made for a rare spinnaker start, and a brazen move by Alfa Romeo to charge full speed back towards the oncoming fleet in the final few seconds before the gun kept things tense for a few moments.

Photos of the Start of the Sydney to Hobart 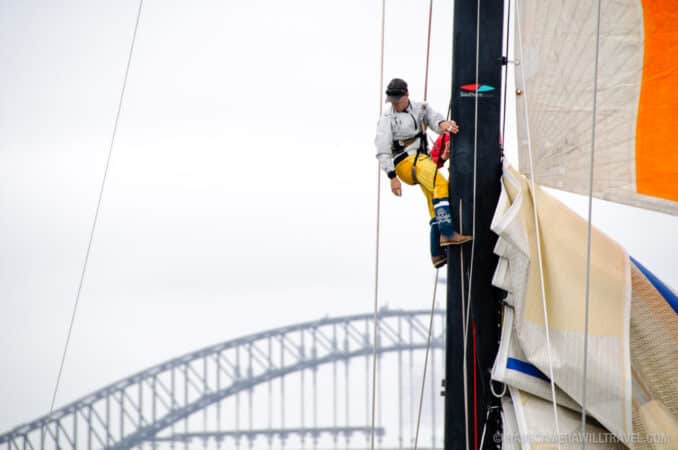 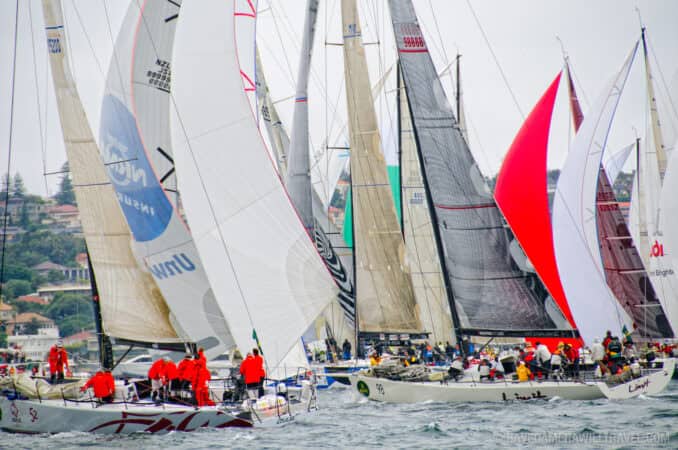 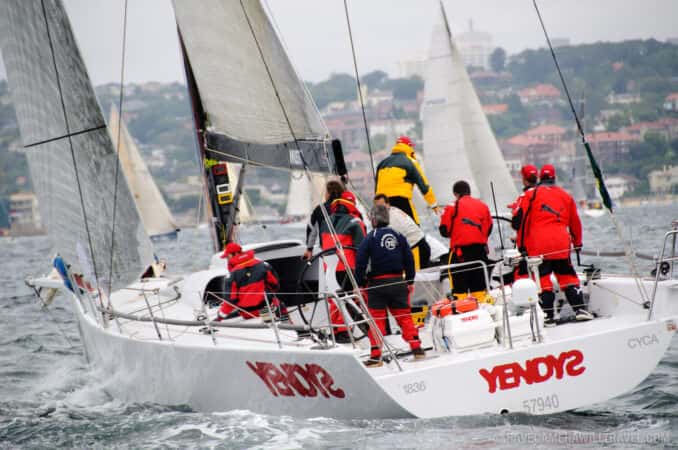 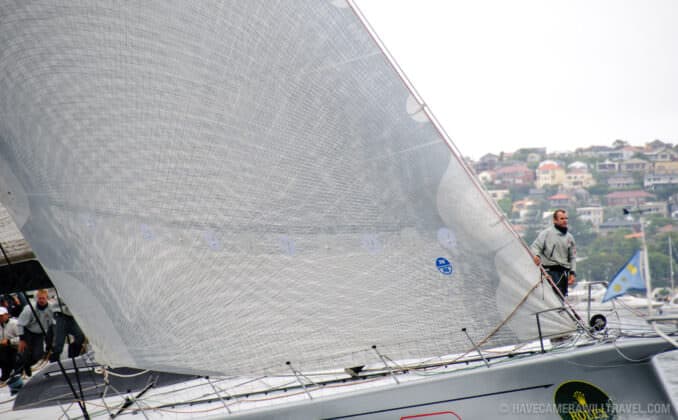 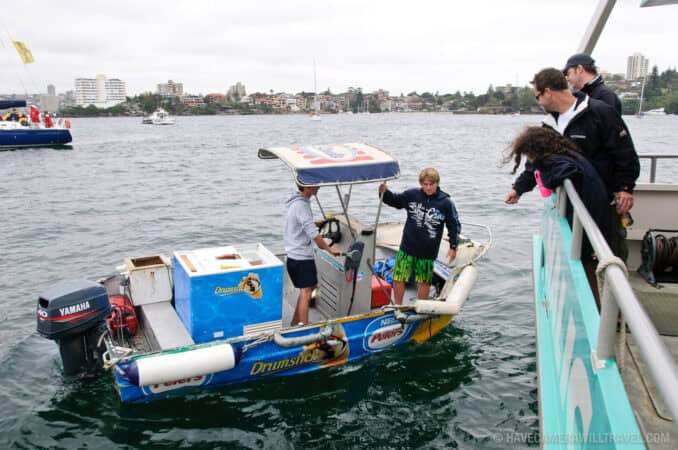 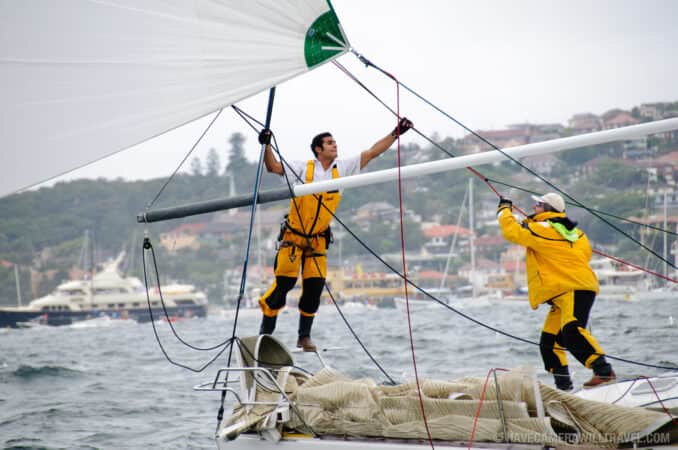 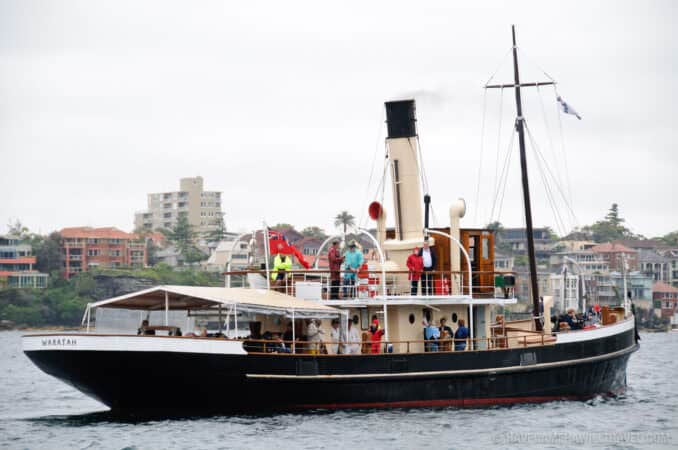 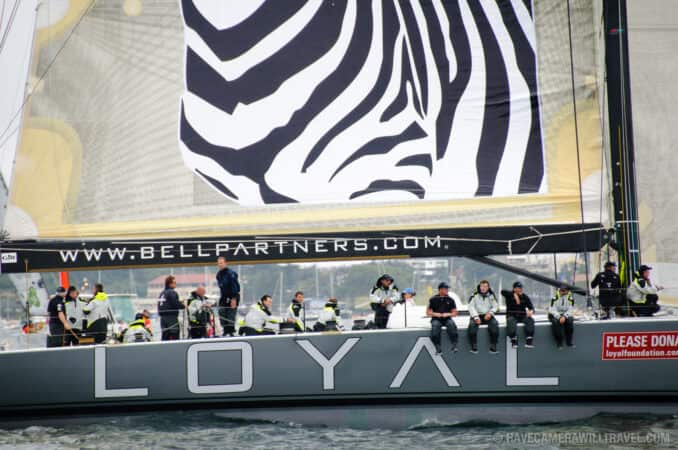 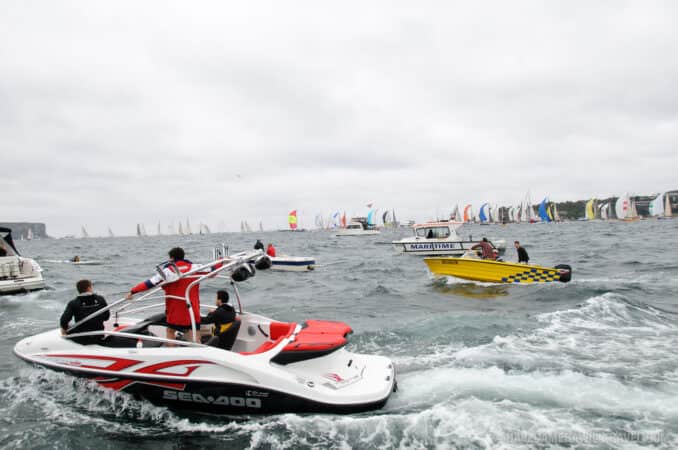 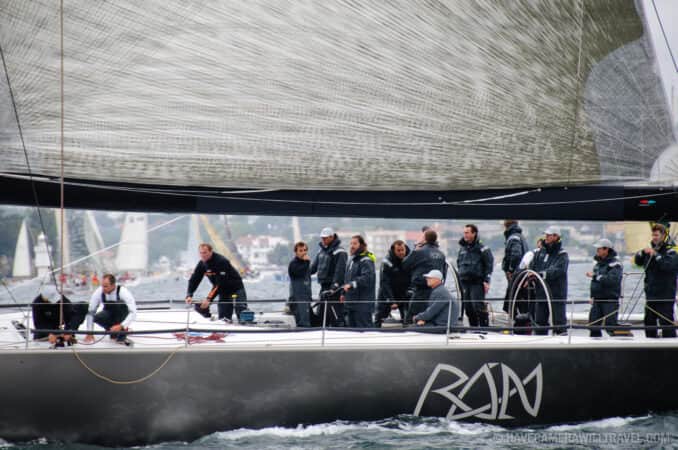 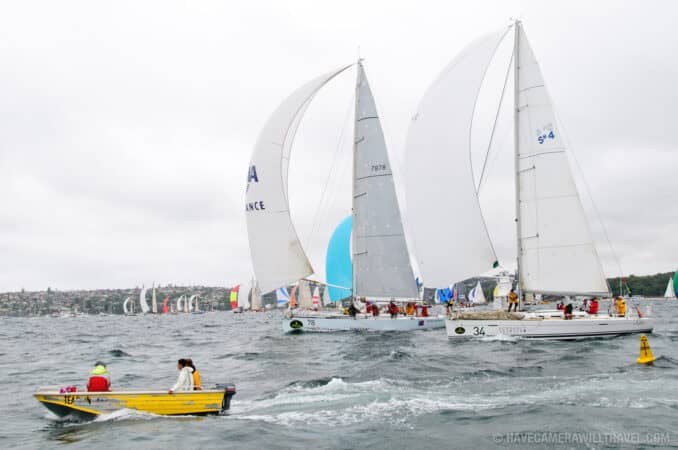 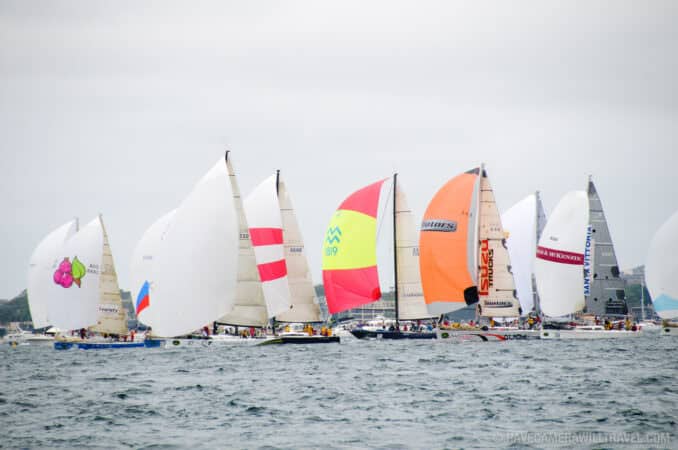 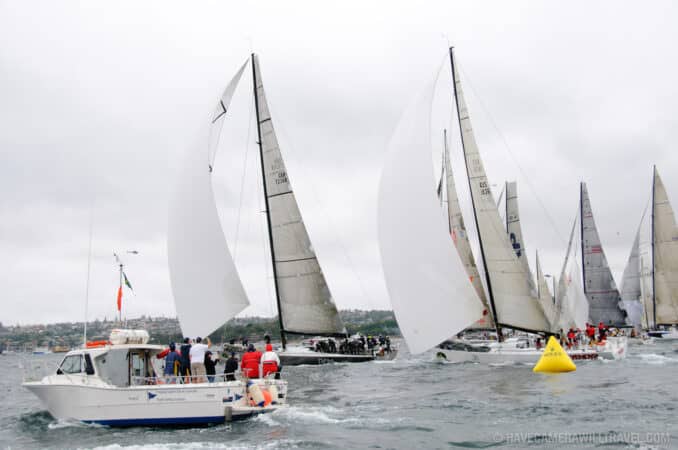 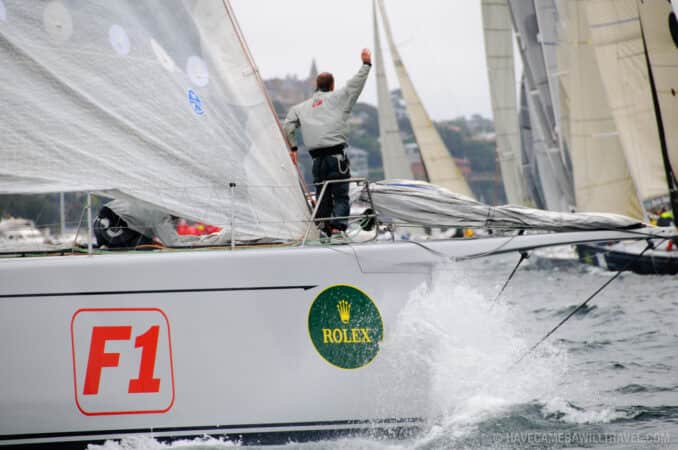 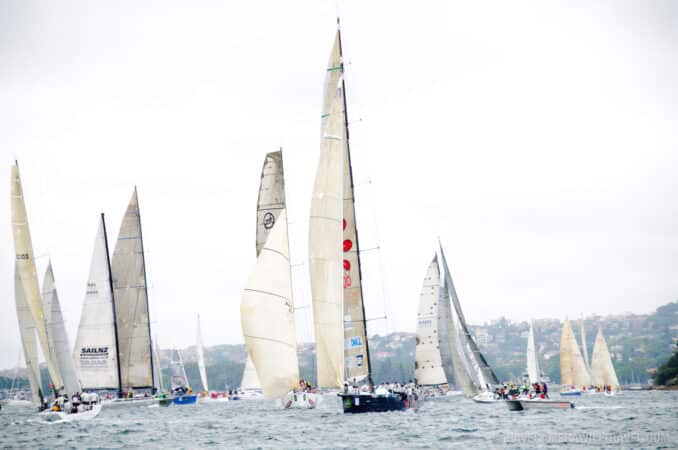 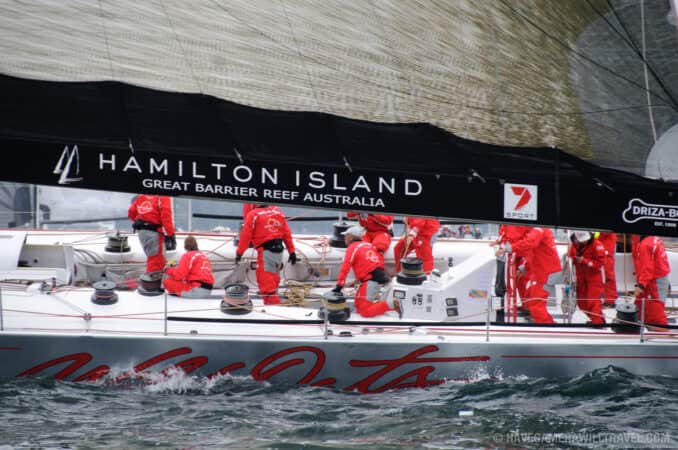 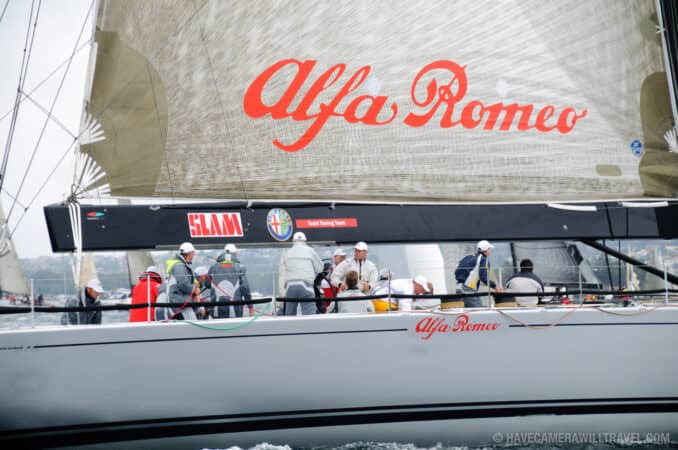 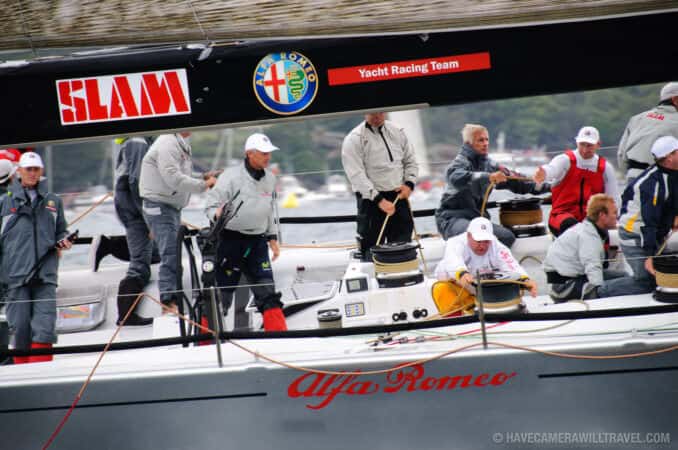 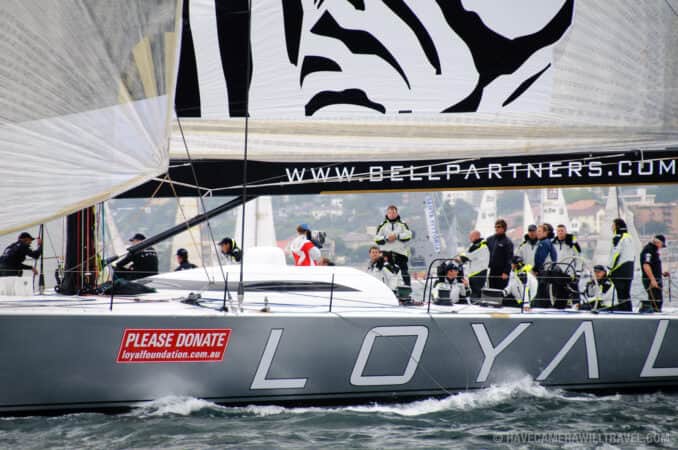 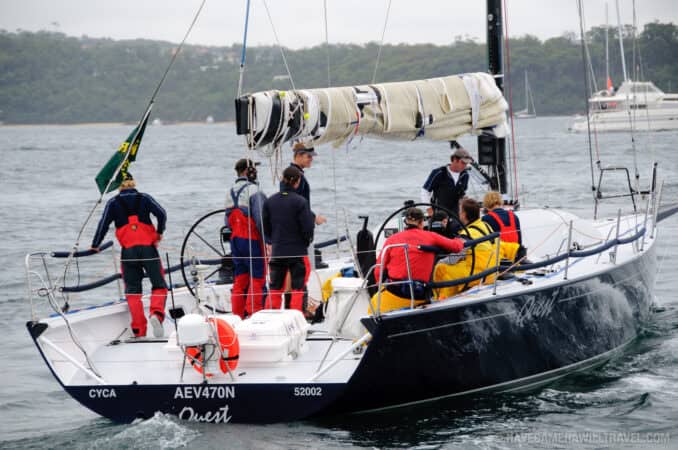 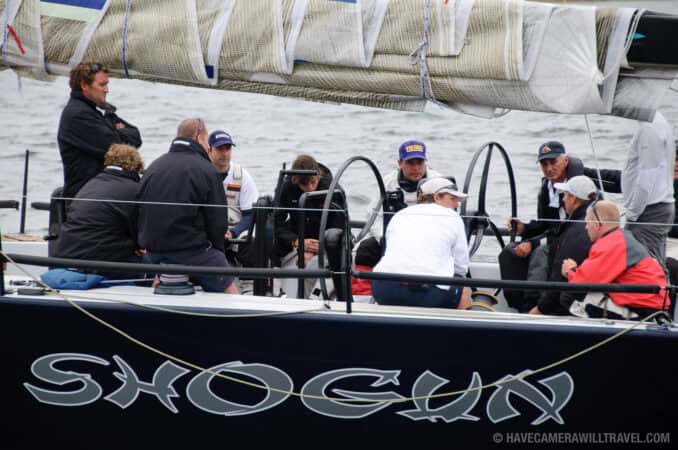 Start of the Sydney to Hobart Yacht Race 2009