The View from Ancon Hill

You can spot Ancon Hill from all over Panama City. It makes for wonderful views out over Panama City and the entrance to the Panama Canal. It also has historical significance. 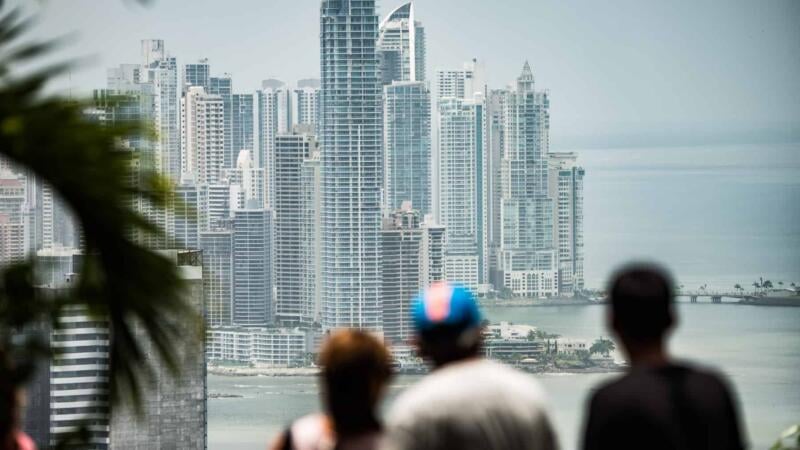 It’s not especially large, really, at only 654 feet, but you can spot Ancon Hill from all over Panama City. It’s about the only large hill in town. As well as radio towers, it’s the one with the massive Panamanian flag.

But Ancon Hill is most important not because you can spot it from just about anywhere in the city, but because of what you can spot from on top of the hill. These days, that means tourist lookouts with great views. But historically it meant that it was an ideal spot to put the administration of the Panama Canal. From the top, not only can you see the entrance to the Panama Canal, stretching far up beyond the Miroflores Locks and the Bridge of the Americas, but you can see out past where ships are anchored waiting their turn to enter the canal.

And given the financial, strategic, and political importance of the canal, its control needed to be secure, and Ancon Hill could be (and still is) be protected in two senses: a natural reserve and a secure residential and government district. On your way up, you pass through a zone with several government ministries. And a little further up again, you go through a security checkpoint. That’s because of who lives here, most notably, the residence of the Panamanian President is here on your right (out of view from the road, but you’ll notice the signs saying not to point cameras in that direction). You can, however, see much more clearly the residence of the Minister of the Canal, an important role in the Panamanian Government. As you go up, it’s on your right, a large white house with immaculate lawns and enclosed verandas facing the road.

And once on top, standing under the deliberately ostentatious Panamanian flat that has flown from the top of the hill since the 1977 Panama Canal Treaty, you get a wonderful view out over the entrance to the Panama Canal and the new locks being built to accommodate even larger ships, as well as the new and old parts of Panama City, including the controversial Coastal Beltway (Cinta Costera III) running around the waterfront of Casco Viejo.

The View from Ancon Hill