Cruising Through Polar Bear Country in the Barents Sea

A timelapse I shot while our ship was punching through the polar ice pack in the Barents Sea near Sjuøyane, Svalbard. 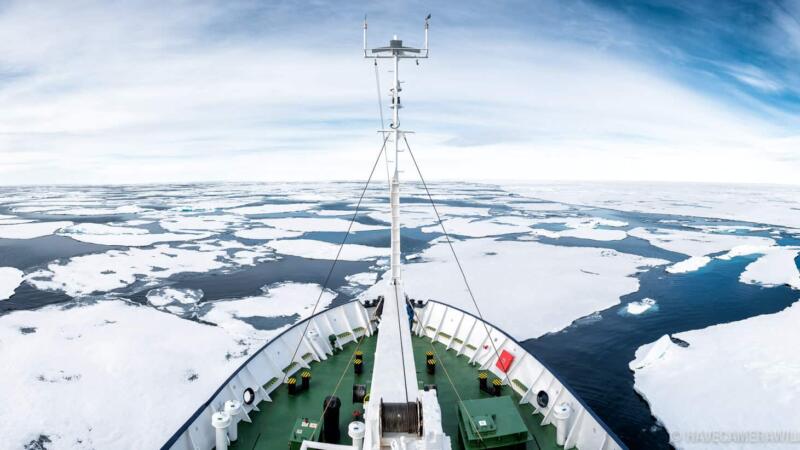 On a recent trip to the Arctic I decided to stick a GoPro on one of the ship’s rails to capture our progress punching through the polar ice pack as we got north of Svalbard. 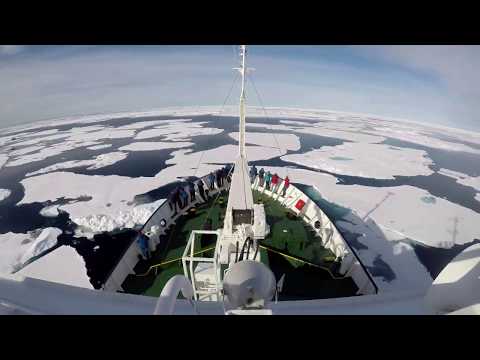 This drifting sea ice is the summer home of polar bears and the seals they feed on. And that’s why we were here–to find them (and we did).

Further north, the ice is packed in tighter and thicker, but along the edge of the ice pack like this, it’s entirely untethered and drifting in the winds and currents. One night we even drifted along with the ice pack with the engines off (I also captured that on time lapse and will post it separately). Because the ice moves so much, the Norwegian Ice Service issues daily ice charts that are essential reading for safe navigation up here.

I took this while we were off the coast of Sjuøyane, a group of seven islands at the northernmost tip of Svalbard. Svalbard itself is an archipelago in the Barents Sea well north of the Norwegian mainland. ⠀

The ship is the Polar Pioneer, a Russian ship under long-term charter by Aurora Expeditions. While it isn’t a true icebreaker–that’s a specific kind of design that’s quite different–it does have a class 1A ice-strengthened hull, so it can go places most ships can’t.

The time lapse makes it look like we were moving fast, but that’s deceptive. Even with a strengthened hull, it can still be very dangerous just crashing into ice. As you can see, some pieces of ice are thicker than others, and from time to time some brought us to a sudden halt. The fastest we were moving through this area was 3 knots, and the captain and crew up on the bridge were on high alert the whole time.

Photos in the Ice of the High Arctic

Here are a few photos from the same area.

Cruising Through Polar Bear Country in the Barents Sea