The Mural of the Biblioteca Miguel Lerdo de Tejada 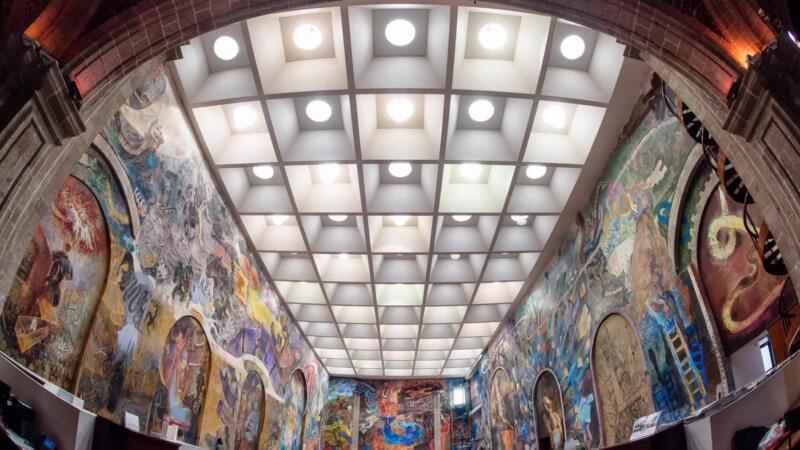 It’s housed in a former chapel, la Capilla de la Emperatriz del Palacio Nacional, that was the original home for the devotees of San Felipe Neri before they relocated to the Templo de la Profesa nearby.

The library is perhaps best known not for its books, though, but rather the massive wrap-around mural on its walls. It’s by Russian-Mexican painter Vlady. The work, titled “La Revolucion y los elementos”, depicts myriad aspects of revolution as interpreted by Vlady.

The painting took a decade, from 1972 to 1982. Even then, Vlady deliberately left one panel unfinished as a symbol of an unfinished revolution.

Photos Inside the Tejada Library in Mexico City

It’s a working library operated by the Ministry of Finance and Public Credit of Mexico. Government security guards are stationed just inside the entrance. To get into the main part of the room you’ll need a research project and will have to check in your bags. But you can stand in a smaller entrance area (where these photos were taken from).

The Mural of the Biblioteca Miguel Lerdo de Tejada