KATOOMBA, Australia — Australia’s Blue Mountains, with its famous landmark the Three Sisters, have long been a favoriate tourist destination and weekend getaway for Sydneysiders. 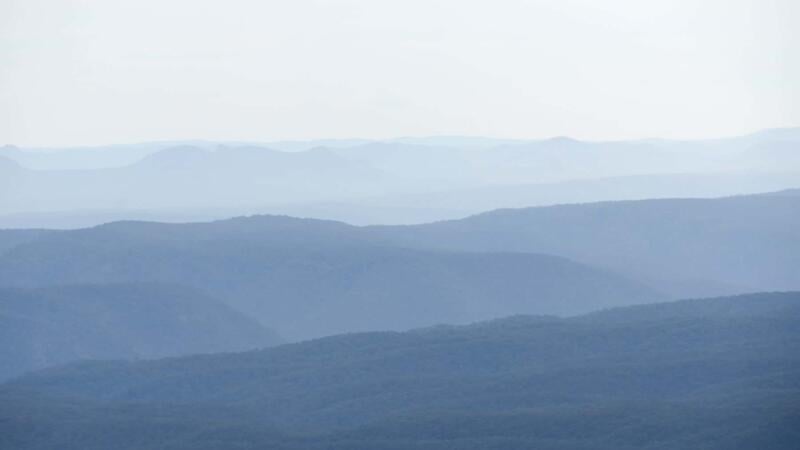 Australia has some incredible landscapes, but its mountains don’t hold a candle to those on other continents. At only 7,310 feet, Australia’s highest mountain, Mount Kosciuszko, is less than half the height of the next continental highest peak (Western Europe’s Mont Blanc at 15,771 feet). And it’s positively squat compared Asia’s Mount Everest (29,035 feet) or even Africa’s Mount Kilimanjaro (19,341 feet).

The Blue Mountains, just west of Sydney, have long been a favoriate tourist destination and weekend getaway for Sydneysiders (it’s often cooler in the mountains, so a good place to escape the summer heat). They’re part of a long string of mountain ranges running almost the entire east coast of Australia known as the Great Dividing Range.

The most famous landmark in the Blue Mountains is a trio of rocky spires known as the Three Sisters. Standing next to Katoomba and clearly seen from Echo Point, they look out over a scenic landscape of thick eucalyptus forest (or, as Australian’s would call it, the bush), dramatic gorges, and rolling mountain ridges. Mountain ranges in the distance often look blue thanks to haze (and thanks to a phenomenon known to scientists as Rayleigh scattering), the effect is amplified here by the dense gum tree forests with their blue-green leaves.

Interestingly, finding a way through the mountains was a very difficult challenge for early white settlers of Sydney. Conventional exploring wisdom at the time held that to find a way through mountains you followed the waterways. But that doesn’t work here because so many dead-end into cliffs and waterfalls–instead, they had to learn to follow the ridges. But once a way was found through, usually credited (probably erroneously) to Gregory Blaxland, William Lawson, and William Charles Wentworth, the vast plains of western New South Wales could be exploited for farming (at the expense of the native wildlife, flora, and indigenous peoples, of course).

Photos of the Blue Mountains 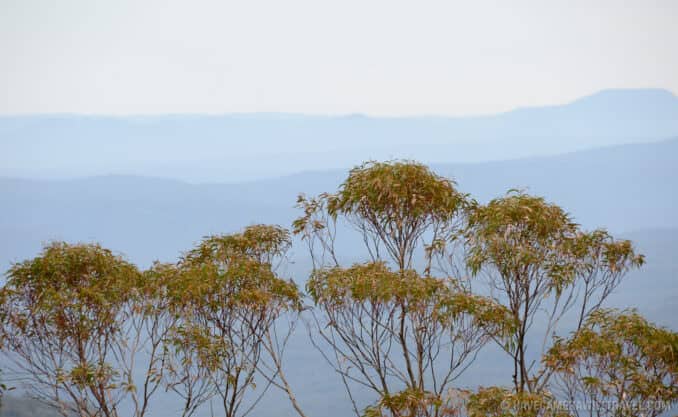 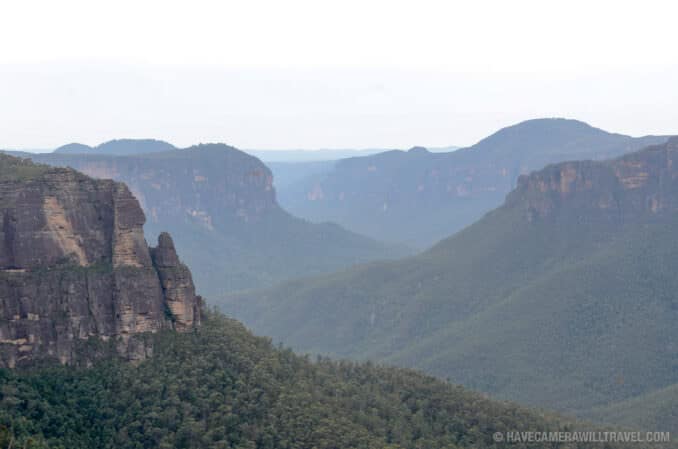