CHATTANOOGA, Tennessee — Chattanooga, Tennessee, is clearly a city that puts heavy emphasis on being “livable,” and so far it seems to be doing a pretty good job of it. 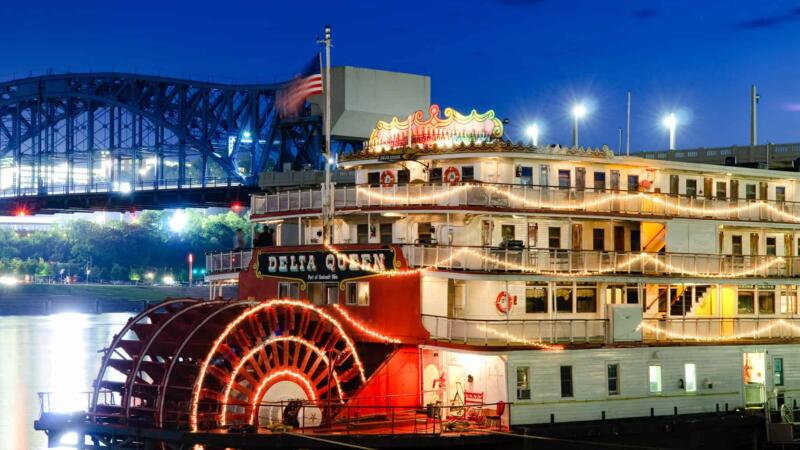 I recently had reason to venture out to Chattanooga, Tennessee, and although I didn’t have a lot of time to look around, I was quite impressed with what I saw. It’s clearly a city that puts heavy emphasis on being “livable,” and so far it seems to be doing a pretty good job of it. I particularly liked the North Shore area, which features a beautiful large park area on the banks of the Tennessee River and a series of interesting looking restaurants, bars, and shops. And the art district, situated on bluffs overlooking the Tennessee River, included the impressive Hunter Museum of American Art and several blocks of new, stylish residential buildings.

Chattanooga isn’t a big city–its population is somewhere between 170,000 and 500,000, depending on how much of the surrounding area you include–but judging from the evident resurgence and renovation of the downtown area, it has done well from the impressive list of major companies that call the city home or maintain large regional offices there, not the least of which has been a long history of Coca-Cola bottling.

I managed to get an early start one morning to beat the crowds (and the never-ending school groups) to visit the one of the region’s most hyped tourist attractions, Ruby Falls. It’s a 145-foot underground waterfall in a limestone cave system with no natural entrance. Once you fork over the relatively steep price of admission, you’re at the mercy of a well-oiled machine, shot down an elevator several hundred feet as the start of a hour-long guided walk-through the caves that culminates with a precisely timed stop at the titular falls.

I’m torn about Ruby Falls. On the one hand, it’s highly commercialized, kitschy, and the guides’ jokes are well-worn and tired (although, I have to say that the staff was unflappably cheerful). But on the other hand, it is a pretty neat natural phenomenon. I’m strongly of the school that natural attractions should be in the conservatory care of the National Park Service or equivalent, and Ruby Falls most definitely is not, being an unabashedly commercial enterprise from its first discovery in the 1920s. But without the entrepreneurial spirit of the cave’s finder, Leo Lambert, motivated as he was by the idea of a fortune from tourists clamoring to experience the underground caves of Lookout Mountain, the falls might never have been found, let alone anyone being able to enjoy them.

It’s a very easy place to visit–the management has the whole place running smoothly and efficiently, although I can imagine–and I hear–that it’s not somewhere you want to be when the summer tourist hordes arrive. The cave’s walkways are paved and extensive embedded lighting makes sure you don’t miss limestone formations that have been dubbed with cheesy names like “south end of a north facing donkey,” “steak and eggs,” and “Texas-sized potato chip” that are doomed to elicit a mix of suppressed groans and polite chuckles.

The highlight of the tour is a stop at Ruby Falls itself. Cue the lights and music. I’m not kidding–there is quite a literally a sound and light show designed to bathe the falls in unnatural hues but that really performs a more mundane task: to keep constant stream of tourists flowing smoothly. There were no pan flutes, thank god, but a combination of soothing synthesizer music and a shifting, colorful lights that would make Walt Disney proud. Fade to black, and it’s time to move along folks.